Right-wing domestic terrorism remains a grave danger: Why do we ignore it?

Nikolas Cruz had swastikas on his weapon. Why do the media and political classes keep looking the other way? 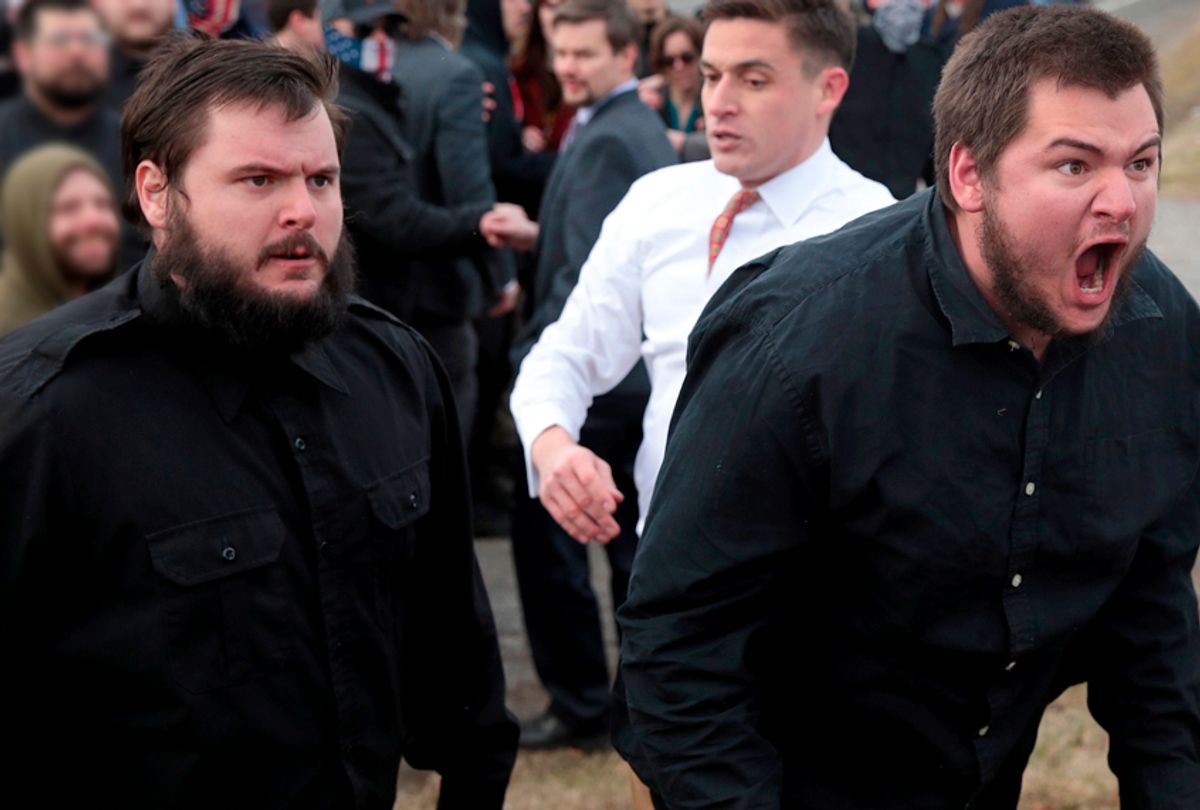 Over the course of the last 10 years, it is white Christian right-wing domestic terrorists, not Muslims or immigrants, who are responsible for the vast majority of deaths and injuries caused by political violence in the United States.

With that information comes a puzzle. Islamic terrorism inspires panic and hysteria from conservatives and the mainstream news media. By comparison, terrorist acts committed by white Christians are usually met with shrugs of surprise, denials of reality and efforts to deflect any serious analysis of the threat.

The Parkland, Florida, massacre provides the most recent example of this dynamic. Several weeks ago, Nikolas Cruz, an apparent white supremacist and Donald Trump supporter who reportedly had Nazi swastikas engraved on the magazines of his AR-15 assault rifle, went on a rampage during which he killed 17 people at his former high school. But to date there has been little public discussion of how Cruz's radical right-wing politics fueled his decision to commit mass murder.

It takes no great effort to imagine the howls of panic and terror if, instead of a "MAGA" hat and Nazi emblems, Cruz wore a keffiyeh (or Arab headscarf) and had an etching of the Islamic star-and-crescent on the weapon he used to shoot so many people.

In a recent essay at Defense One, political scientist Peter Singer, a strategist and senior fellow at the New America Foundation, sounds the alarm about how this widespread hypocrisy presents a threat to our nation's safety and security. He explains why so many of his peers who are experts in national security have remained relatively silent about right-wing domestic terrorism:

There are many reasons why we have a hard time acknowledging the deadly threat from the cluster of groups that gather inside our country under the hateful flags of white nationalism, white supremacy, anti-government militia, and Neo-Nazism. One reason is to avoid appearing too partisan, a desire to be even-handed. There is irony in that we seek to avoid appearing biased, even when the threat espouses bias to the point of justifying hating and even killing their fellow Americans. So, after each episode of right-wing violence, we avoid talking about it, even to the point of reaching in the opposite direction. ...

We also have to admit that we are quiet about right-wing extremist violence out of calculation. The cost-vs.-gain equations that shape our choices are simply different from other topics. Compare the professional benefits to the potential risks of publishing an article, creating a college course, writing a book or dissertation, organizing a conference, hosting a speech, creating a university or thinktank project, funding a foundation program, etc., on right-wing extremism. It is not just that there is no great profit in it. It is that every one of these endeavors would be far more difficult, and would likely create far more headaches for us and our bosses, than a similar project on pretty much any other topic in our field. ... Finally, we avoid talking about right-wing extremism because to do so invites personal risks and annoyances that, generally speaking, don’t much afflict other areas of security studies. These range from online harassment (via social networks that have become a breeding ground for it) to physical stalking and violence.

As Singer hints at, one cannot underestimate the role of Donald Trump, the Republican Party, their media and their public in both encouraging and making excuses for right-wing domestic terrorism and related political violence in the United States. In total, the political battlefield has been fundamentally reshaped by a president and one of the country's two major political parties -- along with tens of millions of Americans -- giving aid and comfort to right-wing political extremism.

Never forget: after the murderous rampage in Charlottesville, Virginia, last year, Donald Trump suggested that at least some of white supremacists and neo-Nazis gathered there were "very fine people." He has embraced and channeled both overt racism and the subtler force of white identity politic as well as ending government funding for law enforcement programs that targeted white supremacist and other right-wing domestic terrorist groups. Predictably, many on the far right have celebrated Trump as a hero and a fellow traveler.

White supremacists in the United States and around the world look to Vladimir Putin and Russia for leadership and inspiration as an idealized "white" leader and "white" nation, seen as exuding masculine strength and power. It is no coincidence that Trump's his administration, the Republican Party en masse and most of their voters are also enthralled by Putin, and remain generally willing to overlook (and enable) Russia's subversion of American democracy.

In a disturbing example of the support that right-wing extremism has in the United States, a Washington Post-ABC News poll last August found that 9 percent of Americans hold sympathetic views of neo-Nazis and other white hate groups. That result translates to nearly 30 million people who possess attitudes and beliefs that are inimical to democracy. Other polls and research have shown that Republicans and right-leaning independents (i.e., Trump supporters) are sympathetic to the goals of anti-government militias and other right-wing domestic terrorist organizations.

Donald Trump has created a malignant reality and forced it onto the American people. In this bizarro-world, events once considered exclusive to the realm of make believe or dystopian fantasy are near-daily occurrences.

White Christian right-wing domestic terrorists are a dangerous homegrown fifth column. Donald Trump, the president of the United States, is one of their leaders and heroes. This is not the plot of a poorly-written political thriller. It is the reality we now live in.