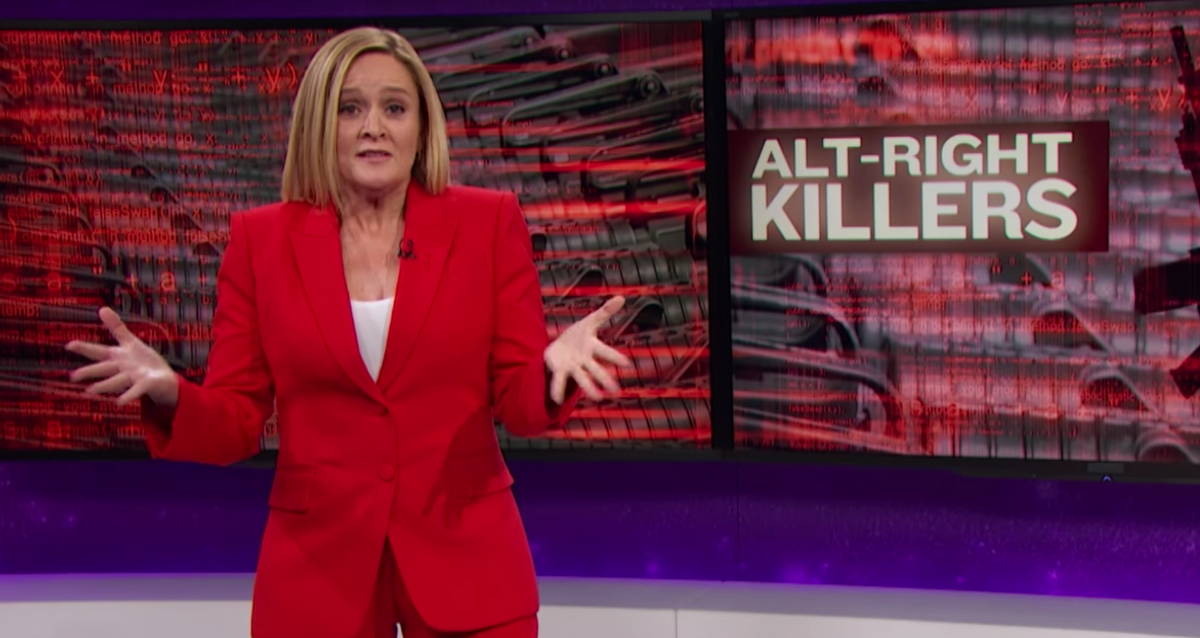 Conservatives are using mental health as a distraction from meaningful gun control efforts.

In the wake of last month's school shooting in which 17 students were killed, "Full Frontal" host Samantha Bee focused on violence from "alt-right killers," saying it's not actually that common for mentally ill people to lash out violently.

"Right now, the party that voted over 50 times to weaken mental health care is suddenly very concerned about mental health care," Bee said on "Full Frontal" Wednesday night. "Not like, concerned in the sense of funding it or doing anything about it, but concerned enough to use it as a distraction."

"If we keep screaming that he's crazy, everyone will forget that he did this with a gun that no one should have in the first place!" Bee exclaimed.

She added, "But most mass murderers aren't mentally ill; only about 22 percent of them are. That means the other 78 percent are just hateful a**holes."

The late-night host pointed out that "yes," Nikolas Cruz, the 19-year-old who shot up Marjory Stoneman Douglas High School was mentally ill, but that "entirely separate from that, he was also a violent bigot.

"We have no reason to believe that his mental health was more to blame for what he did," she said, before clips of the shooter's hateful and racist online comments were shown.

Bee cited the Southern Poverty Law Center's tracking of so-called "alt-right" killers, "young, white men characterized by their indoctrination into 'alt-right' ideology and their appreciation of 'Rick and Morty' that you couldn't possibly get!"

Radicalization of these individuals comes on the internet, the late-night host pointed out. She showed clips of people getting involved in taking the "red pill," which is known as an embracement of an ideology that frames women as having too much power in society and men as being victims of oppression.

"Before an 'alt-right' shooter starts mass shooting, he's just an angry white man who hates women and people of color, and being angry and hateful is not a mental illness. In fact, some days, it feels like it's as American as apple pie."