A ruling in the Janus case could devastate unions 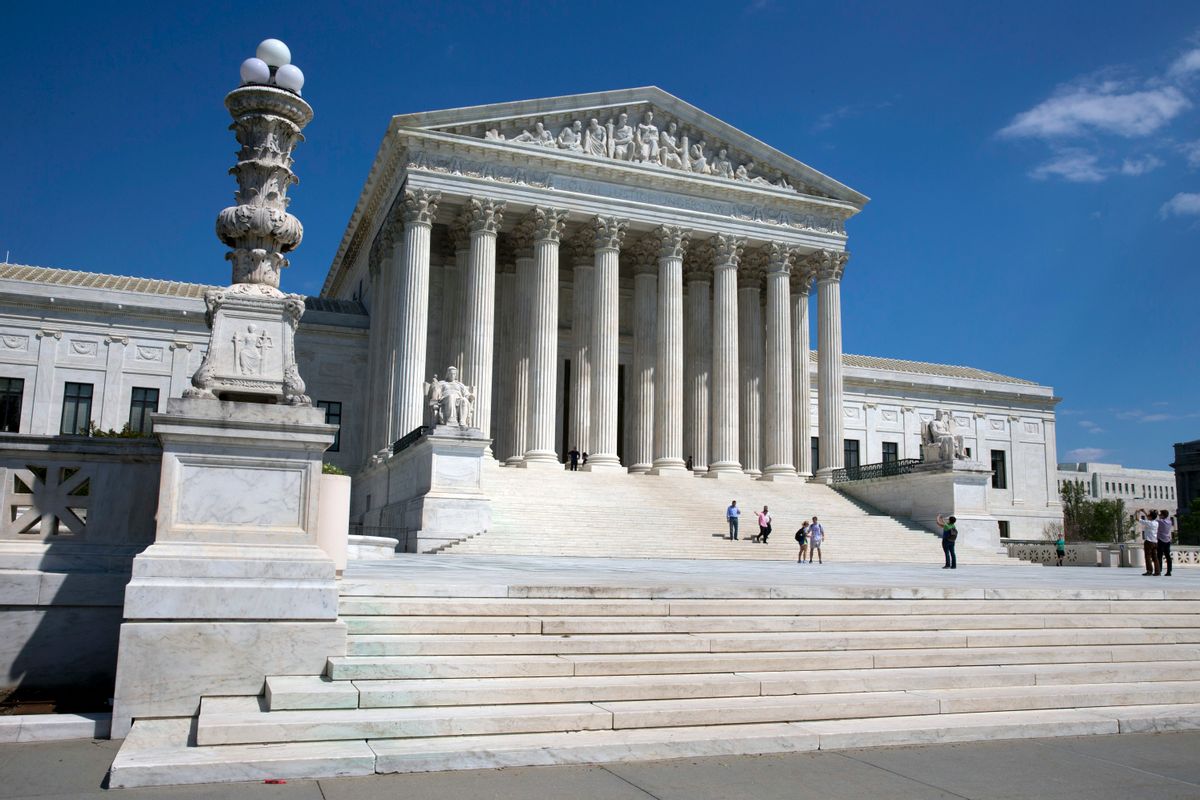 People walk on the steps of the U.S. Supreme Court in Washington on Saturday April 26, 2014. ((AP Photo/Jacquelyn Martin))
--

The Supreme Court on Feb. 26 heard arguments in a case that could deliver a devastating blow to organized labor.

The case concerns whether employees can be required to pay dues to a union even if they don’t belong to it, a debate that is similar to battles over so-called right-to-work laws that have swept the country.

As I’ve learned in my research on such laws, the significance of the debate is much deeper.

This is another skirmish in the culture wars that pit individual rights against collective ones. If groups such as unions lose the ability to raise the funds necessary for collective action, I believe workers will be worse off, and inequality will rise.

A right to work

The Taft-Hartley Act, passed in 1947 over President Harry Truman’s veto, paved the way for the case currently before the court by allowing states to prohibit compulsory union dues through so-called “right-to-work” laws.

Presently a total of 28 states have done so, leading to a substantial drop in union membership in those states.

The Janus v. American Federation of State, County, and Municipal Employees case, which is backed by the National Right to Work Legal Defense Foundation, could impose these right-to-work rules on public unions throughout the nation.

Many labor experts believe that the court will rule in favor of plaintiff Mark Janus, an Illinois state employee who sued the union in 2015 because he had to pay a fee even though he never joined it.

He argued that such a fee violated his First Amendment rights by requiring him to subsidize political views he doesn’t support.

This is the core of Janus: the proposition that individual liberties cannot be subordinated to political coercion that conflicts with a person’s fundamental values. It follows from this line of thinking that we should be able to “opt out” of such collectivist demands as taxes and other laws, even when they support the common good.

The same principle is at stake in Masterpiece Cakeshop v. Colorado Civil Rights Commission, which also awaits a Supreme Court ruling. That case involves a Colorado baker who refused to bake a wedding cake for a gay couple, arguing it would violate his First Amendment right of religious freedom.

Together, cases like Janus and Masterpiece Cakeshop would establish a constitutional principle giving citizens the choice to “opt in” to collective action rather than being forced to “opt out.”

In both instances, the law will attempt to resolve the fundamental conflict between personal values and social demands. The court’s opinion has important consequences for workers and their ability to work collectively to negotiate for better pay or working conditions.

This assault on collective action in the U.S. isn’t new and goes back to at least the early 19th century in fights over shoemaker guilds, which obligated all tradesmen to support the organizations.

More recently, in 2012, the Supreme Court heard a case similar to Janus involving California state employees, who are required to pay a fee to the Service Employees International Union as part of its representation of them in collective bargaining negotiations. The union sought to collect a special assessment to finance a political fund, and some employees who weren’t members sued demanding a right to opt out of paying the fee. The court agreed and ruled that employees must be asked to specifically opt in instead.

Their criticisms of the opt-in idea show how disingenuous it is. That’s because it worsens the “free rider” problem, in which people can attain all the benefits of group efforts without bearing any of the costs. The kind of cooperation that is essential to a free society can’t happen without collective action, as economist Mancur Olson showed in his classic study of public goods and organizational behavior.

If the Supreme Court’s ruling on Janus adopts Alito’s view that workers must always opt in to the costs of collective bargaining agreements, it will inflict severe damage on labor organizations and, as a result, on workers and many others.

Researchers such as economist Thomas Piketty provide convincing evidence that declines in union power are correlated with increases in economic inequality.

Today in the U.S., only about 6.5 percent of private workers belong to a union, which is about the lowest in decades. That figure is higher in the public sector, at 34 percent, but if Janus topples a central pillar of union support by undercutting the vital revenue stream of dues, those organizations will begin to atrophy like private unions. And mark my words, the American working class will suffer.