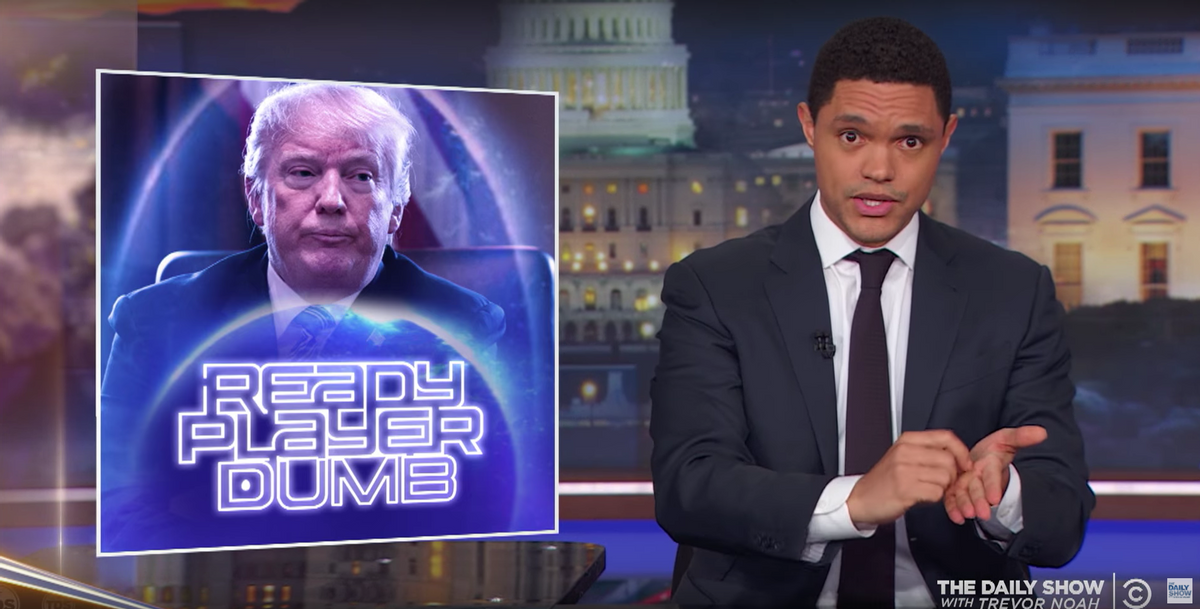 In the middle of a gun violence epidemic sweeping the nation, President Donald Trump is turning his attention to video games.

On Thursday, the president met with video game executives and a bevy of conservative activists and politicians in a meeting — closed to the press — that one representative told the Washington Post was "respectful but contentious."

Of course, "The Daily Show" host Trevor Noah saw through it all.

"Here's what I don't get about this argument," Noah said. "How come video games are supposedly so influential, but only when it comes to guns? If they really were as influential as politicians say, shouldn't games influence us with everything? As kids, we spent every day playing Paperboy, but that never inspired anyone to go out and commit mass delivery."

Democrats said that the event was a ruse, an event to take the focus off guns— the tools to kill. Sen. Richard Blumenthal, D-Conn., said that the event "distracts people from the substantive debate we should be having about how to take guns out of the hands of dangerous people.

Once again, Noah saw that it doesn't matter how many violent video games you play. It matters if you have the "violent tools people can have" to do damage in the real world.

"There have been hundreds of studies on this issue, and they have shown that there isn't any connection between violent video games and violent activities," Noah said.