The U.N. High Commissioner for Human Rights is concerned about President Duterte's comments 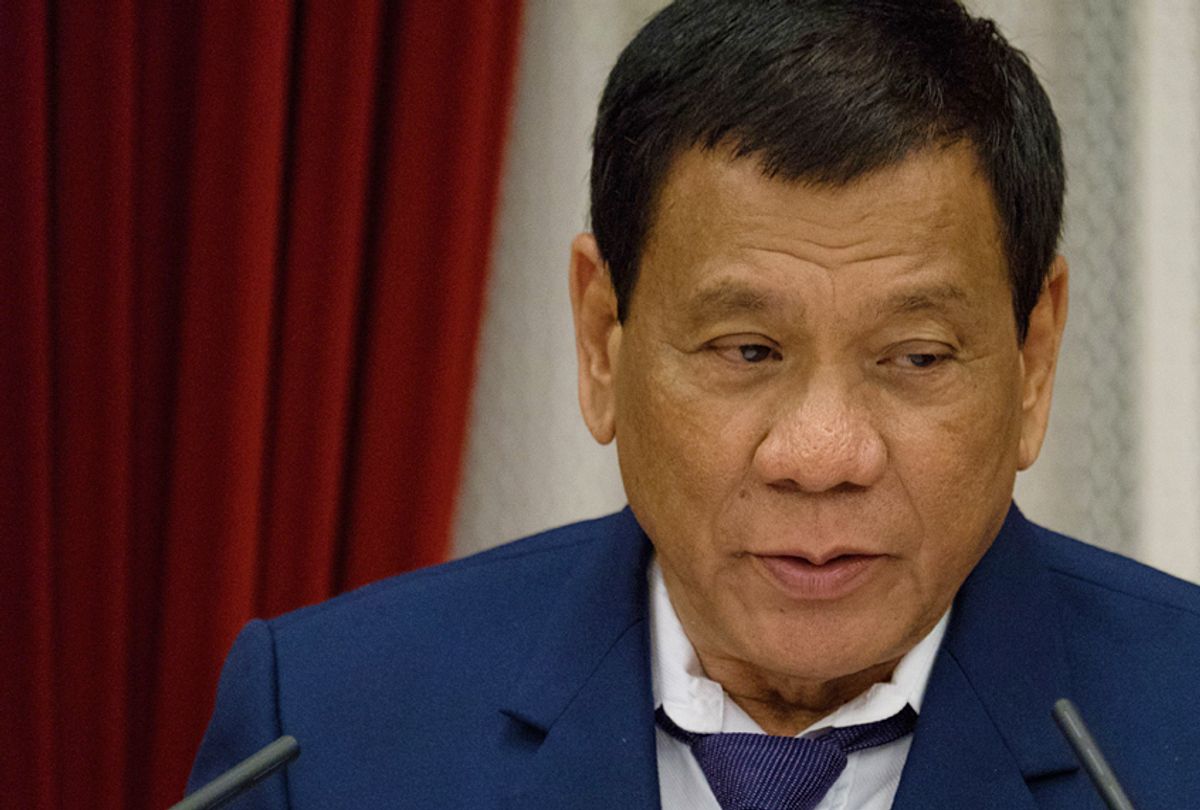 His magisterial demeanor and imperious rhetoric have made Philippine President Rodrigo Duterte one to be feared among the international community. Indeed, Duterte is often counted among the authoritarian leaders who have risen to power in the last couple years, and who epitomize a global political trend towards nationalism. Similar to U.S. president Donald Trump, Duterte is oft-impulsive in his choice of words; in particular, Duterte's attitude towards crime and criminality mirrors Trump to some degree, and as a result of Duterte's renewed "war on drugs," thousands of drug dealers and users have been murdered, often extrajudiciously. "That's good," Duterte infamously remarked of one raid in which dozens were killed.

The United Nations has recently expressed heightened concern over Duterte's demeanor. U.N. High Commissioner for Human Rights Zeid Ra'ad al-Hussein said that Duterte's slurs must be taken seriously, and publicly suggested that he needs to see a psychiatrist.

"These attacks cannot go unanswered, the U.N. Human Rights Council must take a position," Zeid told reporters last Friday. "He needs to submit himself to some sort of psychiatric examination. This kind of comment is unacceptable, unacceptable.”

Zeid was specifically referring to a recent instance where Duterte attempted to get a group of U.N. humans rights activists declared as terrorists. The group reportedly included a U.N. investigator, a former Philippine lawmaker and four former Catholic priests.

Duterte has also regularly been slinging slurs at the Maoists, and other Communist-affiliated parties, considering them a security threat. Last month, Duterte’s justice ministry created a petition — viewed by Reuters — to declare the Communist Party of the Philippines (CPP) and the New People's Army (NPA) terrorists. One expert told Reuters that the petition was a “virtual hit list.”

In February, Reuters reported that Duterte was “recalling an order he said he had given to troops when he was mayor of Davao City.”

"Tell the soldiers. 'There's a new order coming from mayor. We won't kill you. We will just shoot your vagina,'" he reportedly said.

A spokesperson for Duterte reportedly said, "I have been saying again and again, do not take the president literally but take him seriously.”

An erratic and impulsive president not thinking before he speaks? Sounds familiar. “Just shoot [their] vagina,” or “grab them by the pussy”-- there's a certain similarity there. Duterte is quick to call dissenters "terrorists"; Trump is quick to call Muslims "terrorists."

It’s a bold move for a UN official to suggest a psychiatric review on an unhinged international leader, but leads to another question: why hasn’t the UN called out Trump, a leader who has threatened nuclear war on Twitter?