If a contestant's skin was too dark or she rejected his advances, she was out 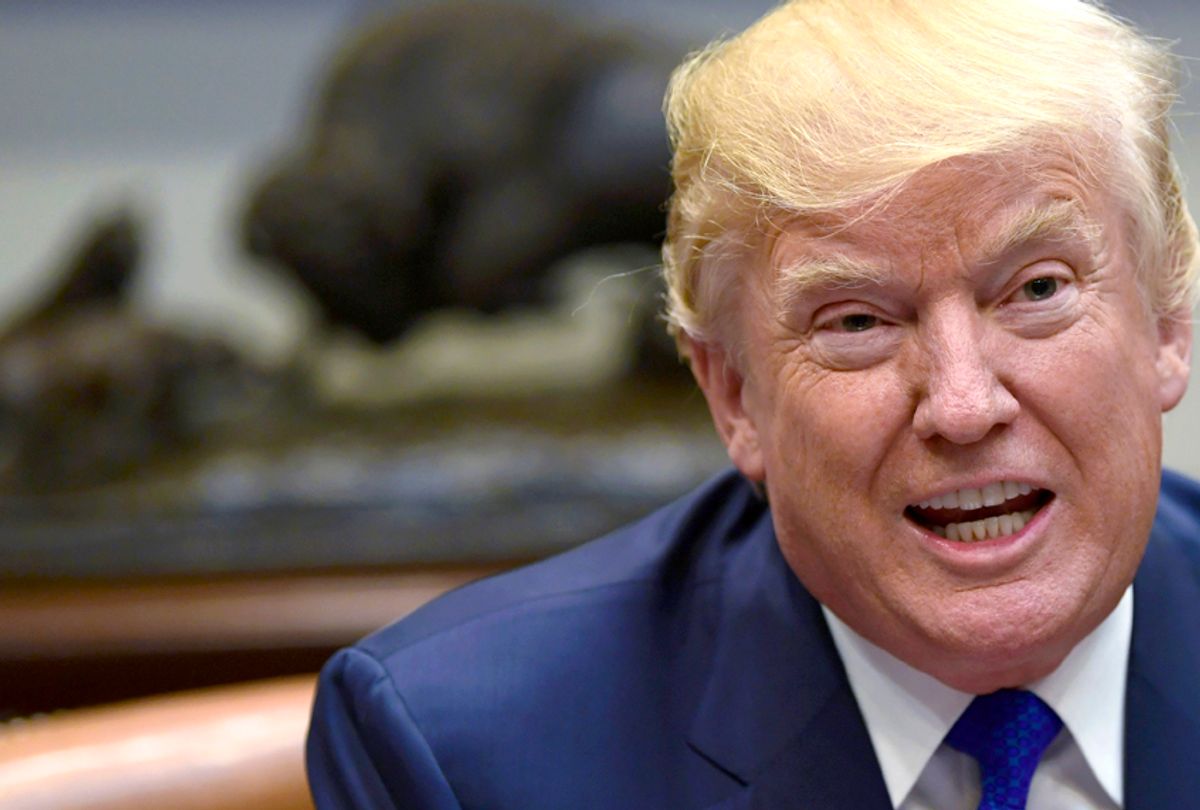 A new book excerpted in Mother Jones that delves into the details of Donald Trump’s visit to Moscow in 2013 to oversee the Miss Universe pageant includes a slew of disgusting new revelations about the president. One in particular puts his well-documented racism on full display.

According to Michael Isikoff and David Corn, authors of the upcoming book "Russian Roulette," Trump regularly vetoed pageant contestants whose skin was too dark for his standards, women who did not fit European standards of beauty, and anyone other woman who refused to tolerate his predatory sexual advances, as he is known to have made during past pageants.

Frequently, Trump would toss out finalists and replace them with others he preferred. “If there were too many women of color, he would make changes,” a Miss Universe staffer later noted. Another Miss Universe staffer recalled, “He often thought a woman was too ethnic or too dark-skinned. He had a particular type of woman he thought was a winner. Others were too ethnic. He liked a type. There was Olivia Culpo, Dayanara Torres [the 1993 winner], and, no surprise, East European women.” On occasion, according to this staffer, Trump would reject a woman “who had snubbed his advances.”

Once in a while, [Paula Shugart, president of the Miss Universe Organization] would politely challenge Trump’s choices. Sometimes she would win the argument, sometimes not. “If he didn’t like a woman because she looked too ethnic, you could sometimes persuade him by telling him she was a princess and married to a football player,” a staffer later explained.