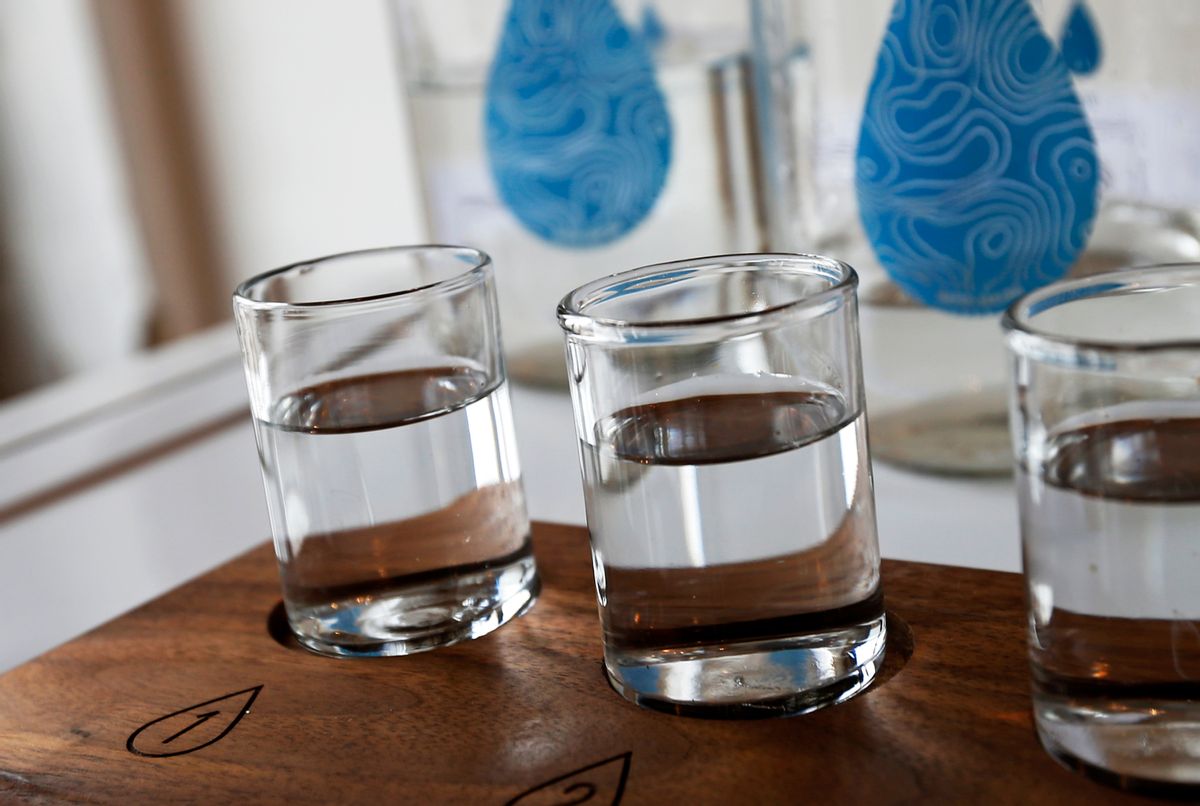 How will humanity respond to future crises caused by climate change? Some scenarios envision us rising to the occasion, tackling adaptation head-on and weathering the literal and metaphoric storms. Those with less faith in our fellow humans predict more pessimistic outcomes.

The reality is that we won’t need to wait too long for our first glimpse: In a few months, the South African coastal city of Cape Town is set to become the world’s first major metropolis to run out of municipal water.

At present, Cape Town's dams, which hold the city's entire water supply, are at around 24 percent capacity. Once that level drops below 13.5 percent, the city will have to reroute its remaining water reserves to 200 emergency pickup points. According to current calculations, that day is scheduled for July 9. The event has been given an ominous name: Day Zero. When it arrives, writes South African political reporter Richard Poplak for the Atlantic, "Cape Town will become a test case for what happens when climate change, extreme inequality, and partisan political dysfunction collide."

So what caused Cape Town to reach this perilous point? The first and most basic answer is a lack of rainfall. Piotr Wolski, a University of Cape Town climate researcher, explained to the Economist in a recent article that, "the drought in the city's water-catchment area between 2015 and 2017 was of a once-in-300-years magnitude."

Global warming has certainly played its part in this natural disaster, but as professor Graham Jewitt, director of the Center for Water Resources Research unit at the University of KwaZulu-Natal told Reuters, "simply blaming climate change is a cop-out."

Cape Town's mayor Patricia de Lille has attributed some blame to local residents. According to figures cited by the Economist, "only 41 percent of Capetonians complied" with the city’s daily water restrictions implemented last September, which limited each person to 23 gallons. As a result, the municipality has had to cut that daily limit down to 13 gallons and is giving out fines to people who don’t comply.

But apart from these restrictions, what else has local government done to prepare for this imminent threat? The short answer is, not enough.

Since 1990, members of the scientific community have issued warnings about the likelihood of a severe drought in Cape Town. In recent years as dam levels sunk, the local government under the leadership of de Lille’s Democratic Alliance became plagued by inaction. Why? "In part," Poplak observed, "it comes down to the fact that its administration was paralyzed by a sort of bureaucratic magical thinking that combined technocratic hyper-efficiency, an obsession with austerity-driven bean-counting, and an apparent belief that miracles are certain to fall from the sky."

On his blog More Than Just Surviving, survivalist Thomas Xavier describes this inactivity as a form of reactionary politics. He reasons that if a government is able to respond well to a drought once it has happened, it will translate into votes. However, Xavier writes, "if a local government spends a truck-ton of cash on water usage reduction technology and the local population never experiences a drought . . . they will at best think the government is overly paranoid/protective and at worst will think they are wasting money."

"Now the city is playing catch-up," reports Time's Aryn Baker from Cape Town. Residents are making more of an effort to save water by flushing toilets only when necessary, taking 90-second showers and using paper plates and cups to save on dishwashing. There has also been a mad scramble to stock up on bottled water and large containers and jerry cans for storage. The local government has begun erecting expensive desalinization plants to purify seawater and is attempting to tap the city's natural underground aquifer. By the time Day Zero arrives, though, "only two of the seven water-augmentation projects are expected to be up and running," writes Baker.

The only other major plan in the works involves the emergency water collection points. In effect, this measure will see all the city’s taps shut off, except for hospitals, schools and other "vital institutions," according to officials. From Day Zero on, city dwellers will have to queue at communal collection points to receive a daily limit of 6.6 gallons of water. Sounds like a bit of a precarious plan, right?

Cape Town is a city of roughly 4 million residents. As Baker notes, if even a quarter of the population shows up each day to collect their families’ allotment, "each site will see some 5,000 water seekers a day." Then there is the matter of logistics. How will transportation to and from these areas work? Armed guards will be stationed at each collection point, and how will that be managed?

"The risk grading will be done in accordance with the volume of people expected to pass through each water collection point, as well as the general crime trends in each area," said Richard Bosman, Cape Town’s executive director for safety and security, in the Atlantic article. "Cape Town does have a number of gang hot spots and so this would be a crucial factor in determining whether a collection point is considered low or high risk."

The longer-term consequences of Day Zero are also a major point of concern. The threat of diseases spread by diminishing basic hygiene, for instance, has been exacerbated by a recent outbreak of foodborne listeriosis in the country. As for the economic impact, analysts quoted in Time estimate that "300,000 jobs in agriculture and tens of thousands more in the service, hospitality and food sectors" are potentially at risk. That’s not to mention the fact that Cape Town remains one of the most economically unequal cities in the world.

Carol Davids, a local resident, wrote more on the issue of inequality and the water crisis for the blog Africa is a Country. Capetonians with financial means have been preparing for months, stockpiling "pricey plastic water tanks" and even "pools on stand-by, filled with chlorinated water," writes Davids.  For those unable to afford such luxuries, the threat of Day Zero looms larger. "As always," continues Davids, "the poor are inevitably people of color: black and colored families who remain in the shadow of apartheid’s economic and spatial legacy."

The looming threat of the water crisis has inspired last-minute action. City dwellers have become more vigilant, and subsequently, Day Zero has been pushed back several times over the last month (maybe out of fear of Splash, a horrific water-saving mascot). If Cape Town is lucky, rain will fall as it used to in years past before July 9 and the city will be spared the less favorable outcome. The alternative is that the world will watch as the city deals with a situation many have likened to the plot of Mad Max.

According to figures from the World Resources Institute cited by Time, up to "3.5 billion people around the world could experience water scarcity by 2025 if steps are not taken to conserve water now."

Cape Town might be the first city to experience Day Zero, but it will certainly not be the last.