The true cost of arming our teachers 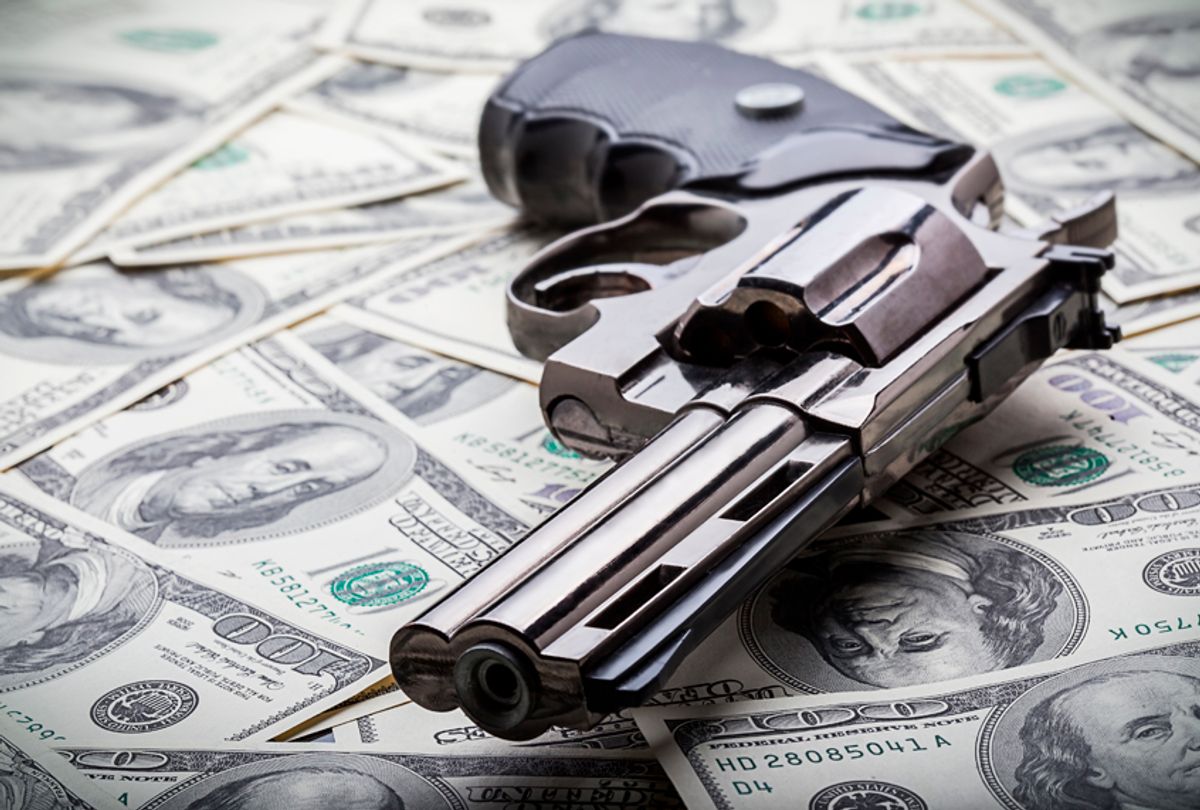 National Rifle Association Vice President Wayne LaPierre and his Republican sycophants are very liberal in suggesting ways to spend our money to protect us from the weapons they insist on subjecting us to. But here’s a radical idea: What if we spent a fraction of that money on our democracy, instead?

First, here’s a primer on how the gun supporters would reshape our budget. After the 2012 massacre at Sandy Hook Elementary School in Newtown, Conn., LaPierre called on Congress “to appropriate whatever is necessary to put armed police officers in every school.” The NRA even put out a 225-page white paper describing how to prepare our schools for battle. Sample recommendations: outfit desks with ballistic protective steel plating and replace windows with bulletproof glass. The Atlantic calculated that just the cops part of the NRA’s plan would cost a minimum of $6.6 billion a year.

In response to the recent slaughter at Marjory Stoneman Douglas High School in Parkland, Fla., President Donald Trump one-upped LaPierre by proposing to arm 20 percent of teachers. A Florida House of Representatives committee has even approved a measure to arm 10 teachers per school and double the number of armed school resource officers. In its analysis, the Florida legislature omitted the costs of buying the teachers’ guns and paying for their time to undergo three weeks of training. Including those, implementing Florida’s plan nationwide would cost $15 billion to $20 billion.

Those ideas are small bore compared to the proposal put forth by former speaker of the U.S. House of Representatives Newt Gingrich, the self-styled great brain of our time. Gingrich insists that the only practical answer is to put six to eight full-time armed guards in every school. The Washington Post priced his plan at $63 billion to $109 billion a year.

It’s not as if any of these ideas would truly curb the epidemic in mass shootings. After all, there was an armed guard at Stoneman Douglas High School. Even Gingrich’s gold-plated plan would fail if none of his six to eight guards happened to be in the very classroom where the shooter opened fire. And all of these plans would create an enhanced likelihood that an armed teacher might make a mistake or go crazy, as one apparently did just last week in Dalton, Ga.

Of course, these would-be solutions ignore the elephants in the room, which most people recognize to be: 1) the easy availability of particularly lethal guns; and 2) the NRA, with its outsize political power to pursue a radical agenda that is impervious to common sense.

The students and parents in Parkland figured this out instantly. Many challenged their political leaders to refuse to accept money from the NRA. Others demanded bans on assault rifles. After U.S. Sen. Mark Rubio, R-Fla., scoffed during the CNN town hall at banning assault rifles because “you would literally have to ban every semi-automatic rifle that is sold,” the crowd erupted in applause to show support for such a ban.

Rubio later tweeted the crowd’s wish for a ban was “well outside the mainstream.” But polls in the past couple of years have found that anywhere from half to two-thirds of the public supports such bans, and it’s doubtful that our ongoing epidemic of unthinkable mass shootings has done anything to reduce that support.

There is a way, albeit imperfect, to better put questions of the public’s will on guns to the test. That is to elect politicians who are free to prioritize the public’s wishes and not those of the tiny percentage who can afford to underwrite their campaigns.

Various proposals over the years have called for politicians who limit their fundraising from outside sources to be eligible to receive public campaign funding. These proposals typically require politicians to raise a significant number of small-dollar contributions to prove their viability before qualifying for public money. Some, such as one offered by U.S. Rep. John Sarbanes, D-Md., would permit citizens to direct a small amount of their taxes to candidates they support.

A public financing system for presidential elections that was created after Watergate flourished for two decades before rising election costs rendered the system’s formulas obsolete. Such systems also have succeeded in Arizona, Maine and many cities.

We think of elections as expensive endeavors. But next to the kind of numbers being thrown around to turn our schools into police zones, the costs look fairly mundane. Federal elections spending runs about $5 billion per two-year cycle, a bit more for presidential cycles and a bit less in the other years. Even if the entire $2 billion to $3 billion annual bill were shifted entirely to the taxpayers – which it wouldn’t be under a public system – that would be peanuts next to Gingrich’s $60 billion-plus prescription.

And if our newly minted leaders decided to follow through on the public’s wish to ban or restrict ownership of semi-automatic rifles, they could easily fund a buyback plan similar to the one undertaken in Australia in the 1990s, and still bring the budget in well below the costs of the guns-in-schools plans.

Public funding systems must permit candidates to opt out, and there is nothing to prevent candidates who choose to do so from raising far more money than those who participate. But public funding formulas would give participating candidates enough money to get their message out to introduce themselves to voters. History has shown that is what matters most. Meanwhile, a slight saving grace of our campaign finance system is that outlandish spending on elections tends to yield diminishing returns.

As long as the U.S. Supreme Court’s Citizens United decision stands, outside organizations like the NRA still can accept unlimited contributions and use them to influence elections. But Congress is fully empowered to require groups that spend money on politics to disclose their donors, which the public overwhelmingly supports. Such disclosure would at least allow voters to learn who is seeking to influence them.

Candidates who run free of special interest money might accrue goodwill that offsets the effects of their big-spending opponents’ money. And if they win, they might arrive in office with a clear mind and a clean conscience. That’s the sort of radical idea upon which our nation was founded.

LaPierre and his cronies would no doubt scream bloody murder at such a proposal. That’s their First Amendment right. Just don’t let them get away with saying we can’t afford it.