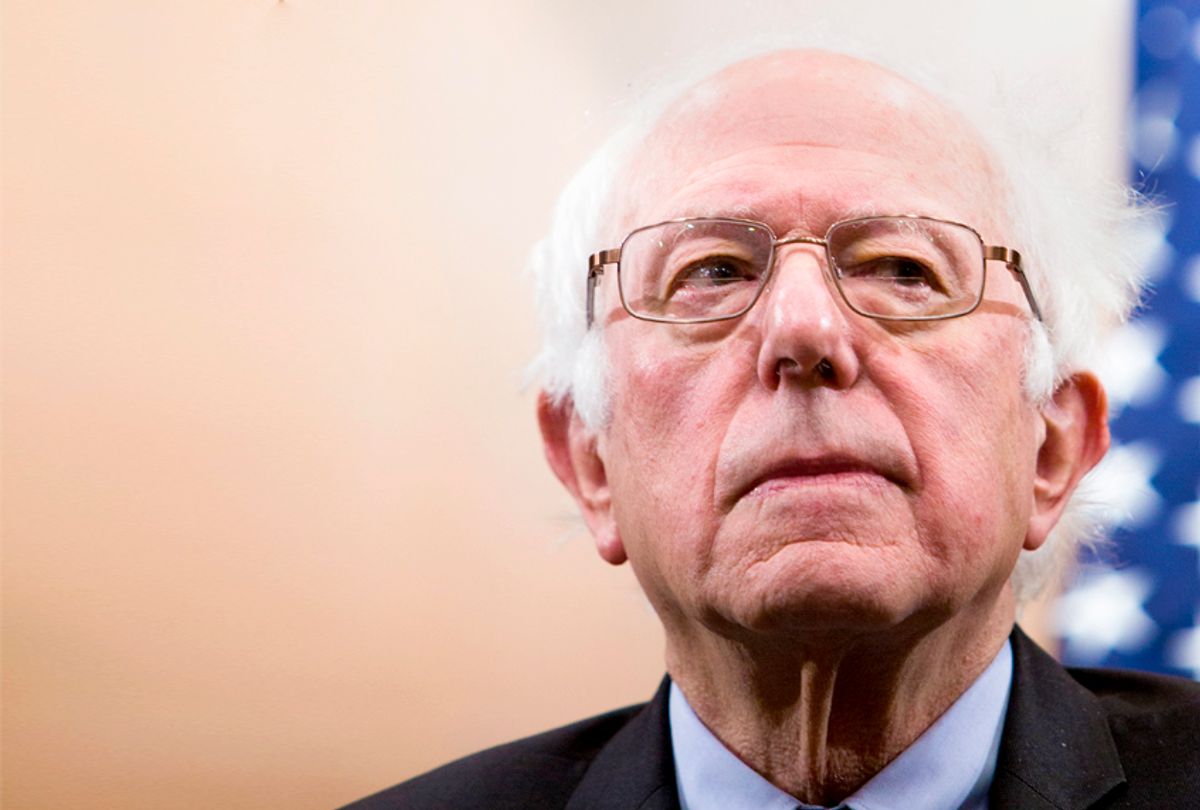 Two-term Rhode Island State Representative Aaron Regunberg is still in his 20s, but already has a long pedigree of organizing for social change.

At 20, Regunberg co-founded the Providence Student Union, a group dedicated to empowering high-school students to “win a fair say in the education system.” At 24, Regunberg was elected to the Rhode Island State House after running on a strong progressive platform. At 26, he helped organize Bernie Sanders’ come-from-behind victory in the state’s Democratic primary. At 27, he sponsored a successful effort to pass paid sick leave legislation. Now, at 28, he’s running for lieutenant governor, backed by organized labor and the Ocean State’s growing activist community.

Regunberg, a Brown University graduate, is challenging one-term incumbent Dan McKee in the September Democratic primary. McKee is widely considered a conservative-leaning Democrat and has close ties to the state’s charter school lobby. Unlike in other states, lieutenant governor candidates in Rhode Island do not campaign as running mates but rather are popularly elected every four years.

The race fits into a broader nationwide pattern of progressive candidates challenging moderate and conservative Democrats in party primaries, with many of these challengers inspired by Bernie Sanders’ historic 2016 presidential campaign.

Regunberg’s campaign has won the support of organized labor, and is being powered both by the growing anti-Trump resistance movements as well as Rhode Island’s progressive statewide infrastructure.

Regunberg sees his candidacy as a challenge to corporate control over Rhode Island politics. “I’ve been in the statehouse since 2014, so I’ve been in government long enough to see that the system needs change” Regunberg tells In These Times. “I’ve seen firsthand how lobbyists paid for by Walmart payday lenders are ever present in the capitol, while everyday Rhode Islanders get ignored. I’m running for lieutenant governor to be an independent public advocate. That means that it’s my job to be the voice for people who can’t afford a lobbyist.”

What would this 28-year-old self-described progressive do once in office? His platform calls for creating a state-based Medicare-for-all system in Rhode Island, passing a $15 minimum wage, defending public education, codifying Roe v. Wade abortion protections on the state level, and protecting the environment through instituting carbon pricing.

“In Rhode Island the lieutenant governor is a constitutionally independent office that creates some real potential to turn that office into an independent public advocate” says Regunberg. “I’d like to use it to highlight and elevate a bolder agenda to bring some public accountability into the system. The office has some real resources, so let’s use it to build power for people.”

While the position of lieutenant governor is in large part ceremonial, the office does offer a bully pulpit, a substantial staff and policymaking authority on issues ranging from long-term care to homelessness.

“I want to really turn the lieutenant governor’s office into an organizing base to bring folks together and build coalitions to get more ambitious progressive policy changes,” Regunberg says.

Steve Ahlquist, a journalist who writes for the left-leaning website UpriseRI.com, says that Regunberg, “has consistently put forth the most interesting and progressive legislation in the state. He’s looking to the future in a way that bothers conservative Democrats. People like Aaron and Marcia [Ranglin-Vassell] are not the only progressives in the legislature, but they’re really supercharging the progressive movement here. They’re encouraging people to think outside the box.”

Regunberg has the backing of a number of powerful labor organizations in the state including the Service Employees International Union (SEIU) 1199, the Amalgamated Transit Union (ATU) Local 618 and the International Brotherhood of Electrical Workers (IBEW) Local 2323. He is also being supported by the Rhode Island Working Families Party, which, in 2016, led a successful effort to defeat four conservative Democratic incumbents in the state legislature and replace them with progressives.

Labor’s willingness to back Regunberg could point to a larger shift in the state’s politics, as unions are generally reticent to endorse primary challengers.

And as public-sector unions face a future of scaled-back funding as a result of the Supreme Court’s Janus v. AFSCME case, Regunberg’s campaign shows a potential way forward. While unions may soon have less financial capacity to hire lobbyists and play the legislative inside game, they can use members’ boots on the ground to help elect pro-labor challengers in Democratic primaries, rather than spending money on influencing Democrats who are hostile to unions after they are in office.

“In Rhode Island, people assume that the Democratic Party shares their core Democratic values: reproductive justice, respect for immigrants, support for environmental protections, support for working people and understanding the need to have economic justice” says Regunberg. “But in reality those principles are rarely translated into action at the statehouse. I’ve fought for a living wage and paid sick time—my opponent has opposed those efforts. I’m a strong believer in unions as the most powerful force in the country for working people.”

Regunberg’s lieutenant governor campaign, he argues, has “some potential to send a message about what our party should be about: putting working people front and center and pushing for a Green New Deal that will put Rhode Islanders back to work.”

For Emmanuel Falck, the head of SEIU’s healthcare division in Rhode Island, Regunberg embodies the type of pro-labor Democrat that unions need to rally behind.

“Aaron is a champion for working people,” says Falck. “His two major legislative accomplishments have been to pass earned sick time and a minimum wage increase. He was an effective organizer before he sought public office and once he got in there he used his organizing skills to advance an agenda for working families. He’s literally marched with us, he’s been with us in the streets and the statehouse. As a union, we couldn’t ask for a better candidate.”

Shirley Lomba, an SEIU member who has volunteered on Regunberg’s campaign and lobbied to pass Rhode Island’s earned sick time law, says that the candidate walks the walk when it comes to labor rights. “I work in a nursing home that is one of the oldest in the state. Management had threatened to close our doors in 30 days. So we organized a march from the nursing home to the statehouse and Aaron marched alongside us. We’ve had informational pickets and Aaron’s been there all along.”

When it comes to his relative youth, as a 28-year-old running for Rhode Island’s second-highest office, Regunberg admits that millennials “get a lot of hate.” But that doesn’t phase him. “We’re leading all of the fights that matter right now,” he says. “We’re the generation that graduated into this terrible economy that we didn’t create,  a student loan crisis that we didn’t create, an ecological crisis we didn’t create, and with all of that, we’re stepping up to the challenge, whether it’s the climate movement or Black Lives Matter.

“The political decisions that are being made right now are going to affect us for a long, long time. It’s a scary moment for every human being on our planet. I think our generation is bringing change. And I’m excited to be a part of that.”