Confessions of a bystander: Why intervening in abuse can be so hard

To what extent should we be held responsible for witnessing abusive behavior and not speaking up? 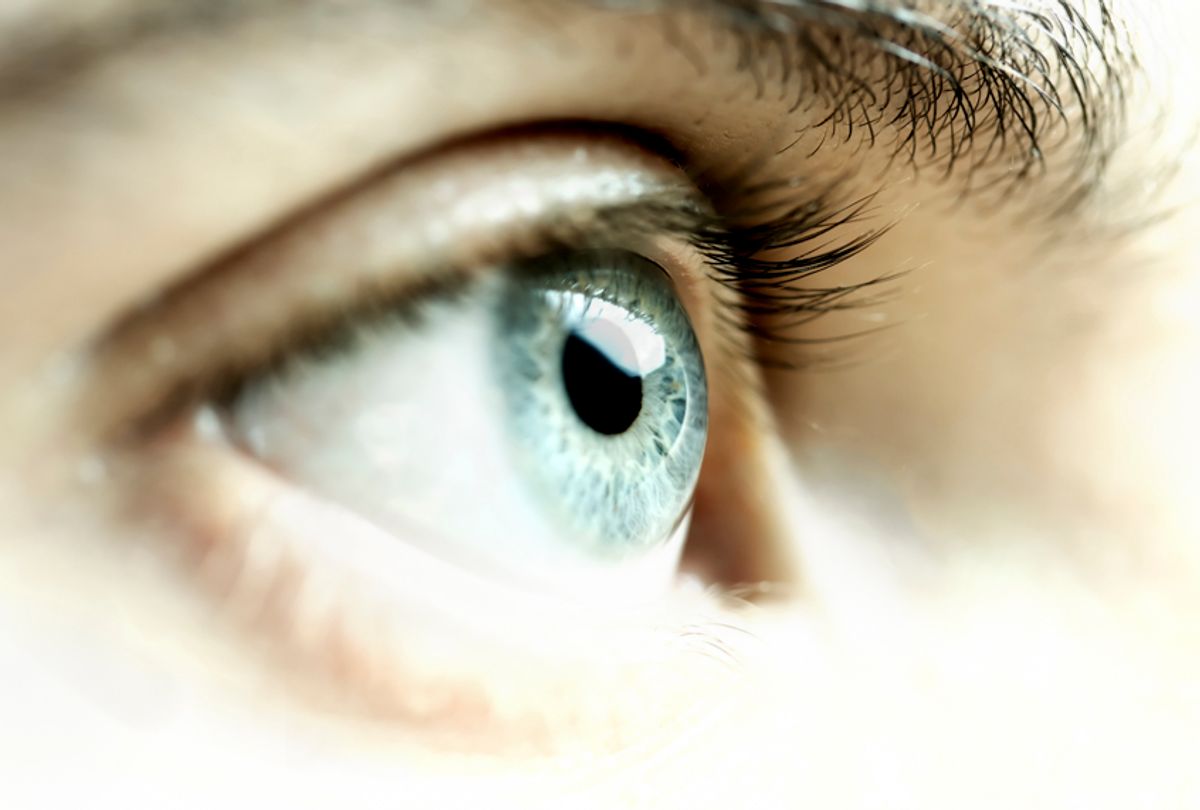 When I was ten years old, my best friend Tracy* and I made an excursion one Saturday to the public library. With our bags full of newly checked-out books, we were unlocking our bikes when a couple of teenaged girls, smoking cigarettes on a nearby bench, started to harass us. “Is that bike for sale?” one of them asked, wrenching it out of Tracy’s grasp. “Or maybe it’s for free!” Over our protests she hopped on and started to ride it in circles around us, until its chain fell off and, uttering a shocking string of curse words, she threw it to the ground.

Meanwhile her friend had relieved Tracy of her backpack and was scattering the library books in the damp grass. Laughing, they pushed Tracy back and forth between them until she fell down. They held their lit cigarettes to her arms. They shouted things like “you little p**sy” (because she started crying) and “you’re a dirty lesbian” (because of her short hair, perhaps??).

What was I doing while all this was happening? I was backing away. I was clutching the straps of my backpack as if my life depended on it. “Stop it, stop it,” I mewled, but when one of the girls jabbed her cigarette-tip in my direction and asked if I wanted the same treatment, I shook my head mutely, vigorously, and I stayed quiet.

We writers are, by constitution and by habit, bystanders. We don’t get involved. Instead, we pay close attention to what goes on around us, and we faithfully record all the details. This is how we create compelling stories. I started writing my first diary a few months after the library incident, when I saw one of the bullies lifeguarding at the local pool. She has a cast on her arm, I noted. It has a plastic bag on it in case she needs to save someone.

There was a girl in my high school named Lori who was, in common estimation, a slut. Lori has a 24 year old boyfriend. With a motorcycle!! I wrote, and She is two-timing him with Dave V. At a house party, my friend’s older brother asked Lori to come down to the rec room where his friends were hanging out. When I asked what was going on, I was told they were “teaching Lori a lesson on the weight bench.”

A couple of years later, at a fraternity party in college I watched a passed-out sorority sister getting handed around the dance floor like a life-sized puppet, her shirt removed and her bra cups tucked down to expose her nipples. There’s nothing in my journal about her, but I clearly remember thinking, Gross, and What a stupid girl.

Merriam-Webster says a bystander is “one who is present but not taking part in a situation or event; a chance spectator.” A benign word, then, by definition (as in, “the getaway car struck an innocent bystander.”) But how exactly do you decide whether you are taking part in what you are seeing? What’s the difference between spectating by “chance” and plain old spectating? To what extent should a bystander be held responsible (to intervene, to lend a hand, to report)? Our sense of the bystander’s innocence has certainly changed over time. It wasn’t until I was a parent and read Barbara Coloroso’s 2002 book "The Bully, The Bullied and the Bystander" that I recognized standing by as part of the problem. Coloroso helped popularize the idea that it’s not only those instigating, joining in, or encouraging the bullying but also the much larger numbers passively accepting what’s taking place who qualify as “harmful bystanders.”

Witnessing acts of abuse and not speaking, not acting—I look back on these memories now as moments of moral failure on my part, or at least failure of character. But I only sort of looked at them that way at the time. I felt awful about Tracy’s cigarette burns, which scabbed up like raisins in the days that followed and left her upper arm polka dotted with white scars, but I also felt very lucky it hadn’t been me. About Lori, I was confused: my guilt was mixed with a queasy fascination and envy (I harbored a secret crush on the older brother). About the sorority girl? Smugness, disdain. By my twenties I had thoroughly internalized the idea that some girls deserve it.

These recollections all played a part in writing my latest novel, "The Red Word." In this campus story, my narrator, sophomore Karen, is a bystander-witness to all kinds of sexual misbehavior. Her inability, or refusal, to intervene in the tragedy ensuing from one particular incident results in a prolonged self-incarceration: fifteen years after graduation, Karen is still isolated and stuck in her grief and guilt.

In her brilliant book "Regarding the Pain of Others," Susan Sontag argues that people turn away from other people’s suffering not because they are callous, but because they feel helpless and afraid. Was I afraid? Is that why I didn’t say anything to the boys I watched treating girls like shit? What happened to me between age ten and age twenty, I think, was that my fear went underground. I stopped feeling it as fear, and it became something else. “Compassion is an unstable emotion,” Sontag says. “It needs to be translated into action, or it withers.”

If violence against women never stops—if we keep denying its existence or throwing up our hands in despair, then compassion turns into cynicism, apathy, victim-blaming and self-protectiveness. My compassion for Lori downstairs on the weight bench was drowned out by other, louder voices clamoring inside me, the ones telling me Lori was not my problem and warning me not to align myself with her lest I be painted with the same brush.

Coming at these themes as a fiction writer, the story that I chose to tell is not a morally straightforward one. The ardent young feminists in my novel who believe that college fraternities embody misogyny and rape culture stage an elaborate setup in hopes of getting frats banned from campus. In other words, they lie. And the ripple effect of their actions harms a fellow female student as well as a frat brother who, even if he’s guilty, doesn’t deserve punishment like that. What I sought for the story, at a structural level, was the widest possible range of interpretations and outcomes given its parameters (1990s time period, campus setting). I wanted to explore ongoing issues of gender and power but also in-group psychology, codes of purity, and the damaging effects of self-righteousness on all sides.

For my bystander narrator Karen, the only way to restore self-respect and vitality is to revisit the painful events she witnessed in the past. And maybe this is true for me, the novelist, as well. Sontag says that the act of remembering “is an ethical act, has ethical value in and of itself.” Memory is the only connection we have with the dead, with the past, and our own mortality can steer us, via memory, toward more compassionate behavior: “heartlessness and amnesia seem to go together.” Tracing the path by which my fear of violence became twisted, over the years, into gendered shame and denial might be the first step toward becoming a braver, more vocal sort of bystander.

A major component of rape culture is, of course, bystander syndrome. Social media campaigns like #metoo help foster dialogue and give survivors space to share their experiences, but many activists are frustrated by the way “hashtag activism” is so easily ignored by bystanders, including bystanders with power like government and law enforcement. On my own campus (Ryerson University, in Toronto), the Office for Sexual Violence Support recently launched a different kind of campaign, directly addressing the bystander, titled “This is How We Take Care of Each Other.” Posters around campus offer concrete examples of consent-based, supportive actions bystanders can take, such as “He gently asked if I wanted him to get help,” “We used a signal when things got weird at a party,” and “They ran to get my friends to get me out of there.” Modeling a collective culture of responsibility and care encourages students (and faculty, and administrators) to pay attention to what goes on around us and to steer toward, not around, scenes that make us uncomfortable.

And what about writers? If writers are by nature bystanders—inclined to notice things rather than ink them on placards—can we still make a difference? Can noticing become an act of resistance, of intervention or change? When I write fiction, I dive deep into my experience and into my memory and resurface with the details that trouble me, that make me burn with curiosity and confusion, that call out to me for more attention and care. If I do it right—if I dedicate the necessary attention and care in my writing—then maybe the resulting story can induce others to care, too.

*Names have been changed

Sarah Henstra’s latest novel, "The Red Word" (2018), was published in the US by Grove Atlantic and in Canada by ECW. The UK edition will be published in 2019 by Tramp Press. Her previous novel "Mad Miss Mimic" (Penguin Canada, 2015) is an historical tale for young adults. Sarah is a professor of English literature at Ryerson University, where she teaches courses in Gothic Horror, Fairy Tales and Fantasies, Psychoanalysis and Literature, and Creative Writing.