Meet a reclusive master of Tire Machèt and watch him train in "Papa Machete," streaming now on Salon Premium 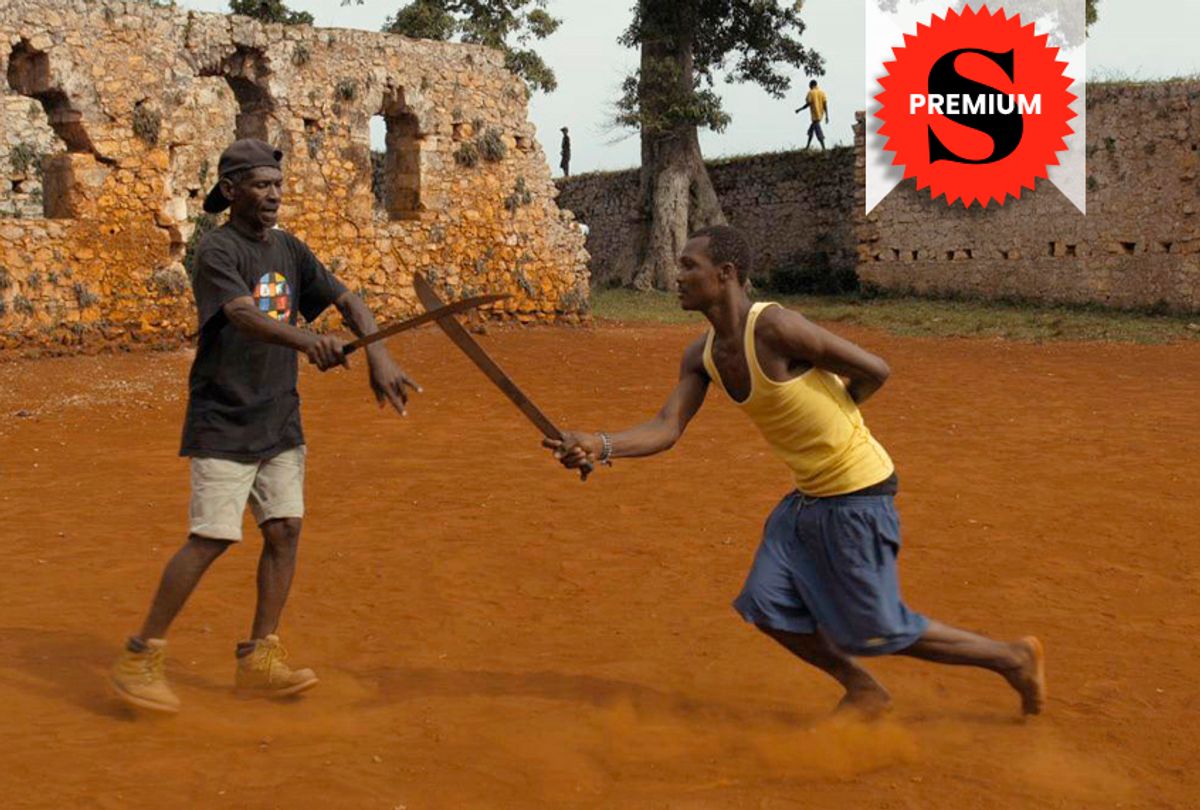 If you’re interested in the grace and wisdom to be found in a country that our president considers a "shithole," consider the documentary “Papa Machete,” a stirring film about “Professor” Alfred Avril, a teacher of the little-known art of Haitian machete fencing.

You can watch the full "Papa Machete" documentary on Salon Premium, our new ad-free, content-rich app. Here's how.

Director Jonathan David Kane and writer-producer Jason Fitzroy Jeffers brought Salon inside the making of the film, the mysterious art of Tire Machèt and why this humble tool is known as the "Excalibur of the Caribbean." You will probably never look at a machete, or Haiti for that matter, the same way again.

How did you find the Professor?

Kane: One of my producers on the project, Jason Fitzroy Jeffers, found a YouTube video on a Reddit martial arts thread of Professor Avril fencing that was made by his long time student Mike Rogers. Mike had been training with the Professor for over ten years, steadily building a bond of trust with the intention of studying and aiding in the preservation of this esoteric fighting form. Jason, being from the island of Barbados and having always considered the machete to be the "Excalibur of the Caribbean," was ecstatic to learn that this martial art form existed, and wanted to go down to Haiti to train and tell this story. He sent me the video and I was drawn to the idea that there was this secretive martial art being practiced by this old master in the hills of Haiti. It reminded me of an old mystic Kung Fu story. I told Jason I was down to join him on the adventure, and so three weeks later, we were down in Haiti. It all came together like that really, really fast.

Your use of slow motion is quite effective. Can you describe your creative approach to telling the Professor's story and the art of machete fencing?

Kane: Going into production, I knew two things: The Professor's words were going to be the structure on which the film was built upon, and slow motion was needed to highlight the precision, grace, and strength of the swordplay. Other than those two things, my approach to telling this story was very fluid. We would go up the hill to Professor Avril's home each day and train with him, and each day we'd experience something new. Some of those things we learned were good for the film, others were good for the soul.

What's significant about the machete in Haitian history and culture?

Jeffers: The fact that the tool, which the slaves used to reap harvests and ultimately create wealth for their colonial masters and became the instrument of their liberation, echoes through Haitian history. You see it in the statue of Nèg Mawon — (Maroon Man) — located in Port-Au-Prince. In one hand, he holds aloft a conch shell, which he's blowing into, rallying his fellow slaves to revolt. In the other hand, he grips a machete. It's also the weapon of Ogun, the loa in Haitian Vodou who embodies war and justice, among other things. Ogun and machete symbolism in general can be found in other syncretic religions which trace their origins back to West Africa, and taken together, it all transforms the machete into a revolutionary totem that many, many people from the so-called "Third World" intuitively respond to.

How dangerous is Tire Machèt? Did you give it a try?

Kane: Yes, our whole crew participated in Tire Machèt lessons, and fenced at some point during production. I really enjoyed fencing with the Professor. There were some nicks and cuts. Our initial trailer for the film had footage of a bleeding thumb, but at no point did any of us ever feel danger while fencing. It was more entrancing than anything. I felt a rush of excitement and a calm focus at the same time. Then again, it's possible that my gauge for what's dangerous is broken. Make no mistake, this is a deadly art form, but Professor Avril's practice is spiritual.

Who was that white dude who fought the Professor?

Kane: That is Michael Dylan Rogers. He's Professor Avril's first foreign student and the founder of the Haitian Machete Fencing Project.  Mike has been training with the Professor for over ten years, steadily building a bond of trust with the intention of studying and aiding in the preservation of this esoteric fighting form. Without the help of Mike Rogers, the film would not exist and we likely would never have learned of the existence of Tire Machèt. When Mike first met Professor Avril and began his training, the Professor would not allow anyone to witness lessons. They had to construct a circular palm frond fence to conceal their training from the neighbors. Ten years later, our team was allowed to document this practice and share it with the world.

In light of President Trump's recent reference to Haiti as a "shithole," what do you think Americans should know about the country?

Kane: First of all, let me say that man needs to wash his mouth out with soap. I've been to six of the seven continents on this Earth, and Haiti is one of the most beautiful and mystical places I've ever had the privilege of visiting. The city of Jacmel is full of life, music, and art. The French Colonial architecture there reminds me of New Orleans. The cuisine is delicious. The people of Haiti are proud of their home, and rightfully so. Their culture and history is possibly the richest in the Western Hemisphere.

Jeffers: "Papa Machete" was the first project from Third Horizon, a filmmaking and creative collaborative based here in Miami which focuses on the stories of the Caribbean, the Diasporas which formed it, and the Diasporas formed by it. Next up, we have a satirical fictional documentary by Papa Machete producer and writer Keisha Rae Witherspoon, which explores Miami's inner city sometime in the future when it's beset by a spiraling culture of violence, government surveillance and sea level rise. We're also working on a doc about the history and gentrification of Miami's Little Haiti neighborhood, which is the cultural capital of the Haitian diaspora, and also a target for a lot of the prejudice the Haitian community has faced, now, from no less than the President himself. We're also gearing up for the third edition of Third Horizon Film Festival, which showcases other work from the emerging Caribbean film community.