Down to the wire in Pennsylvania: Beginning of the end for Trump?

Tuesday's special election in a Trump-friendly district has Republicans worried. Will they start jumping ship? 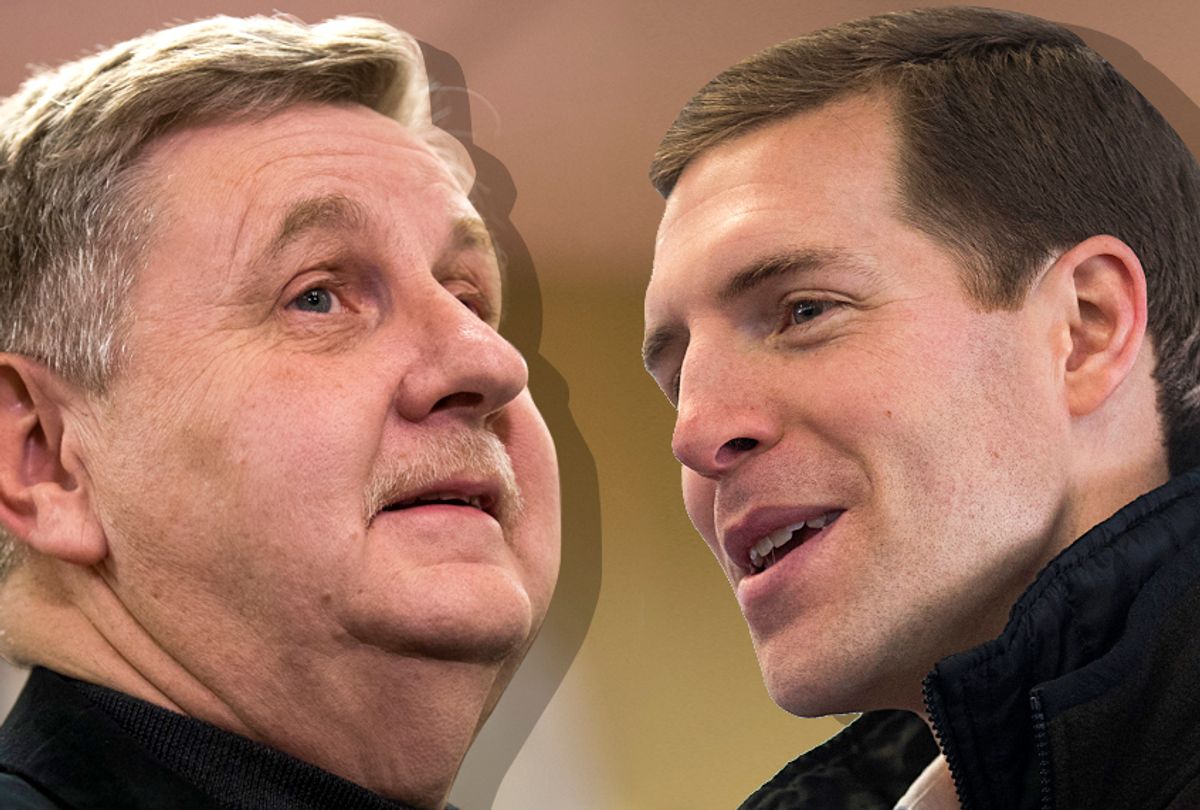 It's pretty clear by now that Donald Trump's not all that excited about the boring governing part of being the president. But he still delights in his Twitter feed and absolutely loves his rock star campaign rallies. A month ago, Jonathan Swan of Axios reported that Trump has set his strategy for the midterms and it's all about him. He's not the kind of man to deny himself his pleasures:

A source close to the White House tells me that with an eye to getting Republicans excited about voting for Republicans in midterms, the president this year will be looking for "unexpected cultural flashpoints" — like the NFL and kneeling — that he can latch onto in person and on Twitter.

The source said Trump "is going to be looking for opportunities to stir up the base, more than focusing on any particular legislation or issue."

Swan also quotes Matt Bennett of the centrist Democratic group Third Way drawing the same conclusion: "But what he's really interested in is storylines revolving around him — driving the conversation with whatever crosses his mind at that moment, and then comes out of his mouth or his fingers."

On Monday, the White House delivered its gun safety proposals, which come pretty close to doing nothing at all, as Salon's Matthew Sheffield observed. They read as if they were dictated by Wayne LaPierre himself on the back of a cocktail napkin at that "meeting" where the NRA reminded Trump who his friends are. Immigration and repeal of the Affordable Care Act also fit that general description, leaving the Holy Tax Cuts as Trump's one substantive legislative accomplishment. They don't seem to be moving the needle for congressional candidates, so we're back to the culture war -- not that it ever ended.

We were treated to a preview of the Trump midterm strategy last Saturday, when the president traveled to Pennsylvania to stump for Republican candidate Rick Saccone, who is hoping to replace the very devout pro-life GOP congressman Tim Murphy, who was caught demanding that his pregnant mistress have an abortion. That special election takes place today, and most observers see it as an important bellwether for November. Both Trump and Mitt Romney won that district in southwestern Pennsylvania by double digits, but on the eve of Election Day, polls show a dead heat between Saccone and Democrat Conor Lamb, a 33-year-old former Marine.

Trump was obviously very excited to be up on the podium talking about his favorite subject, himself. Basically, he believes that the best way to sell a candidate is the same way he sold steaks and ties: Slap a Trump label on them and tell everyone they're great because he's great.

If the Pennsylvania rally was any example, he's also going to do a full, interminable set of his greatest hits. It remains to be seen whether that will wear as well among anyone but his most diehard followers. Novelty acts tend to get stale, especially when they perform the same bit over and over again. The fans did seem to love it, although they were a bit confused about some of the call-and-response on the newer material. They booed when Trump mentioned Kim Jong-un, naturally enough, and he quickly shushed them, telling them to  save their jeers for true evil in this world, such as "sleeping son of a bitch" Chuck Todd, the moderator of "Meet the Press." They happily obliged, roaring with approval as he ran through his standard litany of insults against the fake news media.

Trump tried out his new push to expand the death penalty and talked up his trade war. But mostly he just talked about his great 2016 victory and his magnificent TV ratings and patted himself on the back repeatedly, saying things like, "So we are doing a great, great job." It's mystifying that his fans still love his relentless, boring self-congratulation, but apparently they do.

Trump finally found time to talk for a short minute about the candidate he was supposedly campaigning for. Rick Saccone is a hardcore Tea Party-type state representative who is running as a Trump clone. Not that Trump seems to like him much, which likely has to do with the fact that Saccone hasn't been doing well in the polls. Trump trotted out a few lame words of praise, but naturally spent more time going after his opponent, Conor Lamb:

And Conor Lamb: Lamb the Sham, Lamb the Sham -- he’s trying to act like a Republican so he gets . . . he won’t give me one vote. Look, I don’t know him. Looks like a nice guy.

I hear he’s nice-looking. I think I’m better-looking than him. I do. I do. I do. And he’s slightly younger than me. Slightly. No, I heard that, then I saw, he’s OK. He’s all right. Personally, I like Rick. I think he’s handsome.

This guy is so self-centered, he had to compare himself with a former Marine and prosecutor who is half his age, giving away the fact that he thinks his own candidate is too homely to win. That's just sad.

But it's also clear that Trump knows Lamb has a very good chance to win and that has to have him feeling a little bit panicked. This is a perfect Trump district filled with exactly the kind of white, working-class voters who gave him his victory just 16 months ago. If a Democrat can win there, it suggests that whatever coattails Trump once had have completely unraveled. He may not yet grasp what that means for him, but it's a big problem.

Setting aside the obvious disaster of losing the House in November, this also signals that Republicans not only don't need to fear Trump anymore but must begin to distance themselves from him if they want to survive. That won't necessarily affect the "Trump agenda," because there really isn't one. He actually said at the Pennsylvania rally, "If we coast for two and a half years, we did a hell of a job," so he may believe he's already done everything he needs to do to get re-elected. The bigger problem for him is that if Republicans no longer fear him they may no longer want to protect him either. So far they've been complicit in covering up his misdeeds, but once he proves to be an electoral liability they will have no more incentive to do so.

If Lamb wins Tuesday night, that big splash you hear won't be the sound of the big blue wave cresting. It's still got a way to go. It will be the sound of Republican rats hitting the water as they desert the sinking ship.