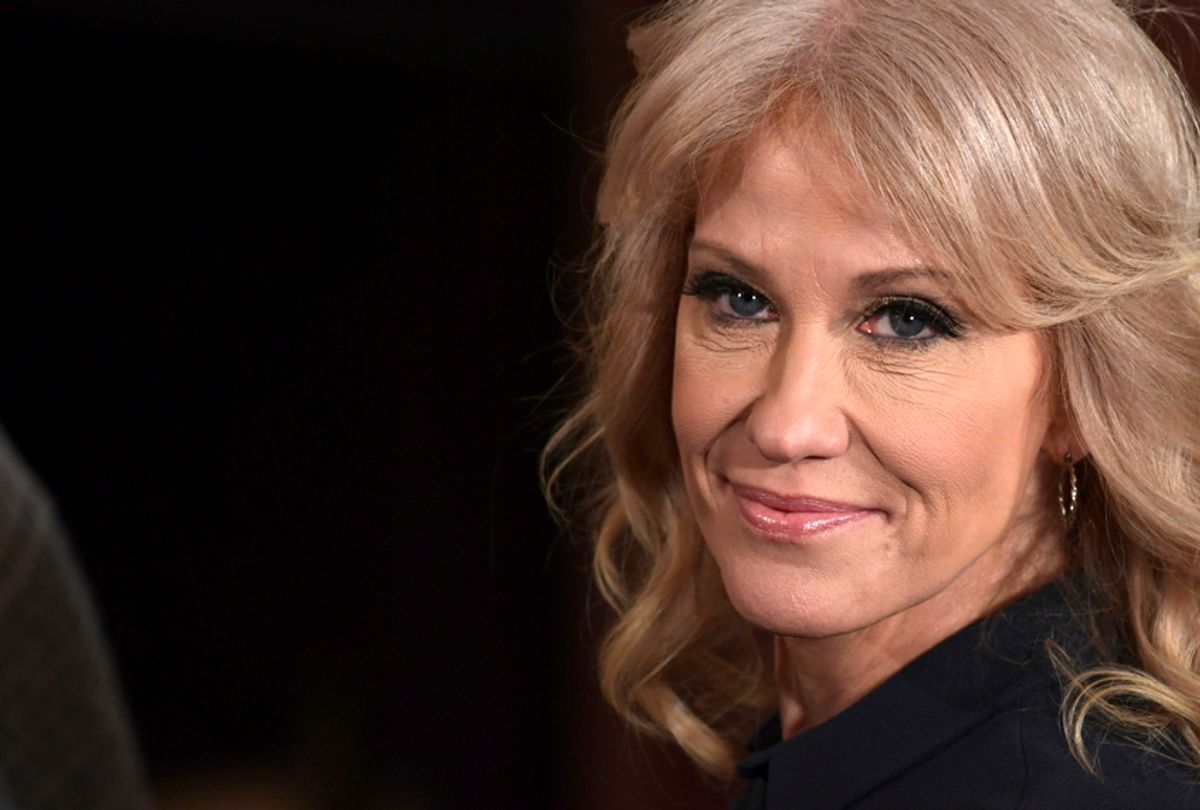 Following news that Kellyanne Conway reportedly violated the Hatch Act, the Counselor to the President is bumping up against another unlawful wrongdoing that could come with a hefty price tag. In a letter to Trey Gowdy, the chairman of the House Oversight and Government Reform Committee, ranking member Elijah E. Cummings, D.-Md., claims Conway took private flights with former Health and Human Services (HHS) Secretary Tom Price — on the taxpayer’s dime.

In the letter, Cummings explains that last September the Committee on Oversight and Government Reform opened an investigation into “troubling reports” that senior White House and cabinet officials “were squandering tens of thousands of taxpayer dollars by traveling around the country on private jets.” It was revealed that Price, the former conservative congressman from Georgia, cost taxpayers a reported $1 million in his extravagant travels — which reportedly included a jet to St. Simons Island in Georgia where he owns property. President Donald Trump reportedly fired Price over this misuse of funds, according to Cummings in the letter. At the time, Press Secretary Sarah Huckabee Sanders said Price "resigned."

In his letter, Cummings continues to explain that the White House has refused to respond to requests to provide information on whether or not Conway was on these trips — a finding the Committee discovered while reviewing private HHS documents.

“[T]he White House has sent us a series of inexplicable excuses: suggesting that some offices within the Executive Office of the President (EOP) do not report to the Chief of Staff, directing our Committee to the National Archives and Records Administration, and insisting that we seek documents instead from only those White House offices that are required to comply with the Freedom of Information Act and the Federal Records Act,” Cummings writes.

In the letter, Cummings demands a subpoena, saying, “If you do not issue a subpoena at this point, it will be obvious to the White House and the American people that the Committee has no intention of serving as a true check on the Executive Branch.”

“The total cost of these flights on May 9 and 10 for all passengers was $44,531.45. Several staff to Ms. Conway were listed as accompanying her,” Cummings says.

In a $14,569.90 day trip, Price and Conway also reportedly traveled from  Washington D.C. to Chattanooga, Tennessee, and back to Washington, on July 6, 2017. Another round trip in September from Washington D.C. to Philadelphia was noted in the documents, according to the letter, but the cost wasn’t reported.

According to the letter, Price has paid back a small amount of what he reportedly owes taxpayers.

“The Department of the Treasury has confirmed that it received three checks from Mr. Price totaling nearly $60,000 to reimburse the American taxpayers for his portion of expenses on these trips,” the letter says.

Will Conway be forced to payback her portion too? Or perhaps the bigger question is, why are White House officials trying to protect her, when Price didn’t receive the same treatment?