In her own words, the liberal Supreme Court justice is "feeling fine" as she turns 85 this week 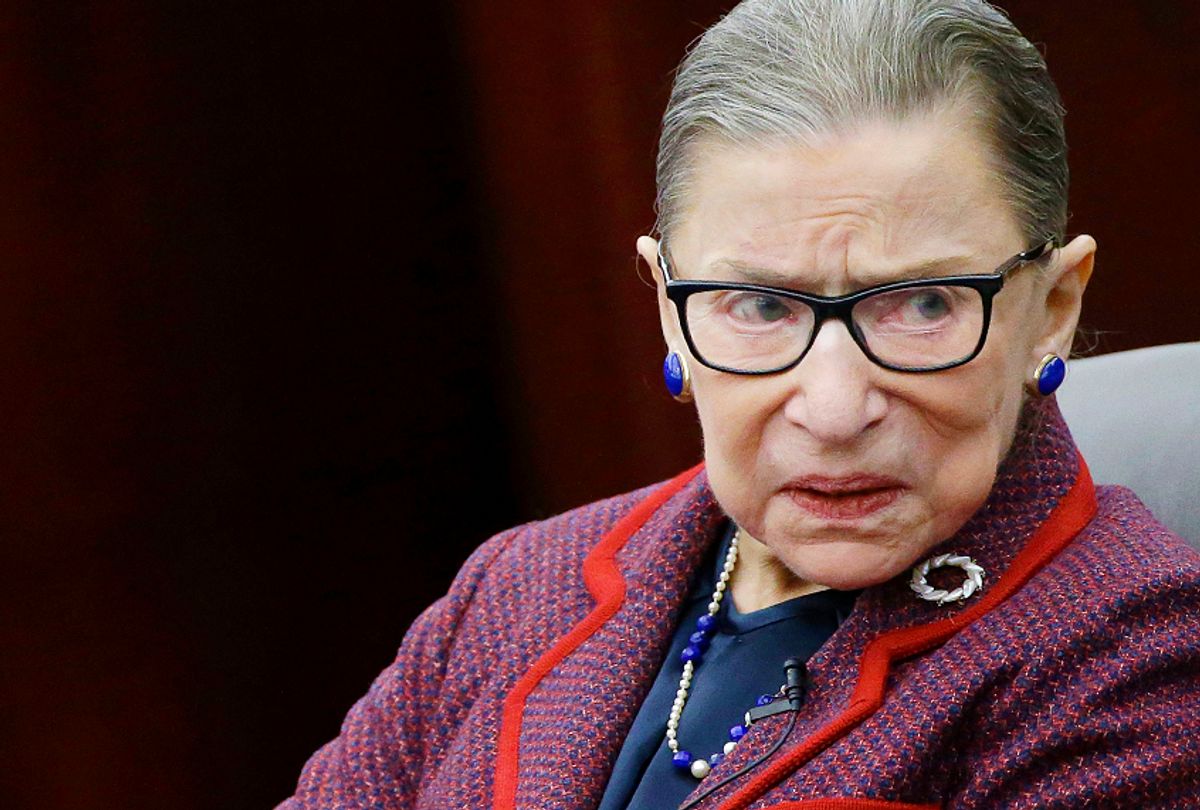 In her own words, Ruth Bader Ginsburg, the rock-star Supreme Court justice who turns 85 this week, is "feeling fine." And she's signaled to Americans in recent public appearances that she doesn't plan to retire anytime soon.

As much as Ginsburg's legend is celebrated, including with a new documentary feature film about her life out this May, her work on the bench remains in full swing. She has penned three of the highest court's 13 decisions this term and has hired clerks through the first half of 2020, according to USA Today.

Perhaps her liberal politics and outspoken opinions are even more invigorated given the current state of politics in Washington. "Ginsburg is sending a message to President Trump and Republicans in Congress: She intends to remain on the court as long as she's capable," USA Today reported. "That could prevent them from nominating and confirming her successor."

It is no secret that the GOP is vying to fill her seat, especially given her age and past health struggles. (She has survived cancer twice.) "It’s fair to say that there are many people worried about her health, and some who were concerned that she didn’t retire earlier, when President Obama would have had the opportunity to appoint her successor," Jane Eisner, editor-in-chief of The Forward, told USA Today.

But Ginsburg has remained steadfast, making more appearances this year than any of her younger colleagues, so people can see for themselves, that "she still is as clear-headed and as energetic as they wish her to be," Eisner said.