Why white liberals need to talk about race

Step out of the comfort zone in “A Conversation With White People on Race,” streaming now on Salon Premium 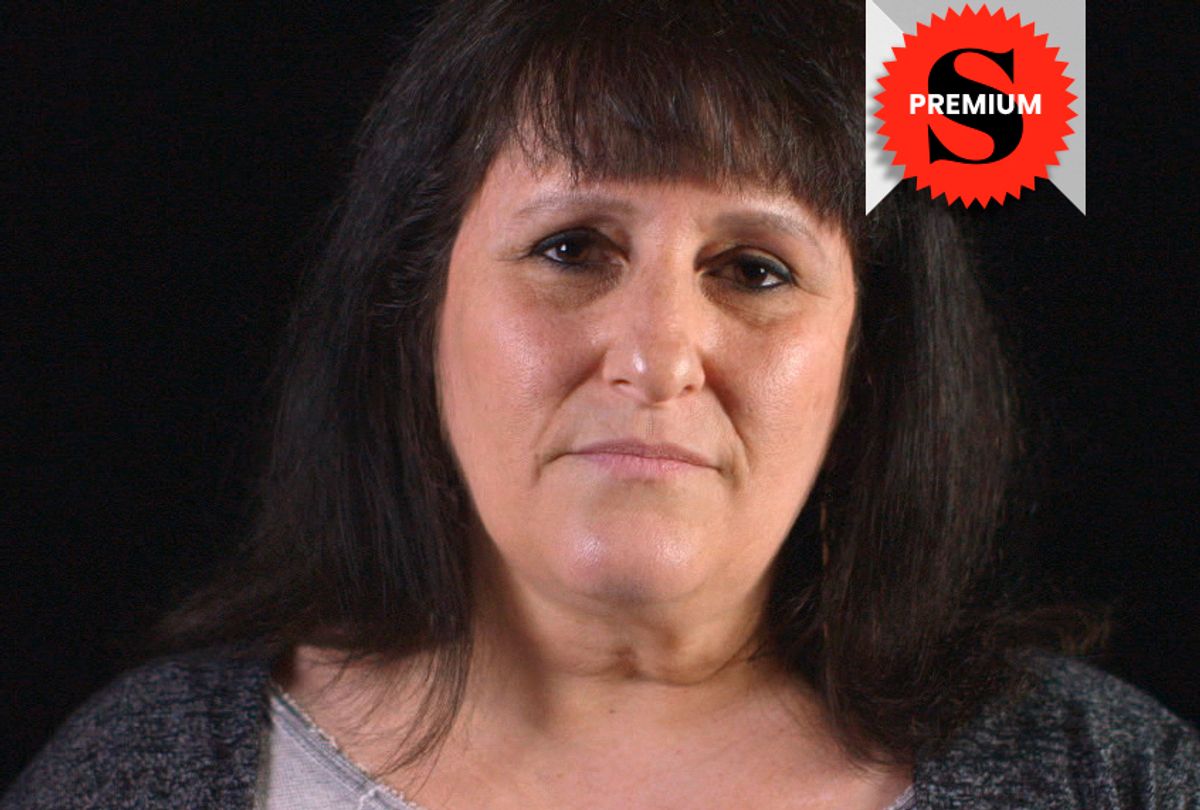 In directors Michèle Stephenson and Blair Foster’s film, “A Conversation With White People on Race,” their brave subjects reveal how they really think and feel about what is probably the most uncomfortable subject to discuss in America right now. This documentary is one in the 8-part "A Conversation on Race" series, all of which will be featured on Salon Films.

You can watch the full "A Conversation With White People on Race" documentary on Salon Premium, our new ad-free, content-rich app. Here's how.

In the following conversation with Salon, Stephenson and Foster demonstrate they’ve given the subject of race a considerable amount of thought, something we could all do more often.

What drew you to want to make a film about race?

Blair Foster: I was looking for a way to communicate with the white people in my life who believe racism no longer exists and/or isn't that big of a deal. I strongly disagree with that but trying to discuss it directly with them wasn't getting me anywhere. I was also trying to acknowledge and come to terms with my own privilege and honestly examine my own beliefs and actions around racism. This is why I not only co-directed but also appeared in the film. I've never appeared in one of my own films but I felt that if I was asking other white people to examine their views on race it was only fair that I do the same. I'll admit it was very uncomfortable, but I think it's time for white people to get uncomfortable. I'd say that's the least we can do but that's a pretty big understatement.

Michèle Stephenson: As a light-skinned black woman of Haitian and Panamanian descent I can’t escape the legacy of racism, colonialism, slavery, genocide and privilege that run through my veins.  And I believe that none of us living in the Americas can escape that common history. It bleeds into all aspects of our lives. To heal as artists, we must tell those stories and make works that open spaces for conversation, self-reflection and system shifts.  I have dedicated my storytelling to explore the aspects of our racial caste system that have affected me and my community, unearthing how we internalize systems of oppression and oft-times repeat them in our personal, professional and social relationships. Digging into those uncomfortable places is where my art is made. In that vein, I felt it was necessary in our "Conversation on Race" series to examine the white power and privilege side of the racial coin and spark some uncomfortable conversation that needed to be had in order move the dial a bit.

It’s evident in the film, but in your words: Why is it uncomfortable for white people to talk about race?

Foster: I think there are numerous answers to this. One is that they are afraid of saying something "wrong" that might offend someone. Some conservative white people believe there is too much talk about race and it isn't an issue.  But I think the biggest reason is they don't want to be called a racist — few words provoke a more defensive and hostile response from a white person than calling them racist. White people have the luxury of viewing this issue as individuals instead of being part of a systemic, institutional problem. We like to think we're personally not racist — see the ubiquitous "I have many black friends" response — but have a much harder time coming to terms with being part of system and institutions that are racist.

Stephenson: It’s hard for white people to acknowledge their privilege and understand that meritocracies don’t really exist in our society. To acknowledge that maybe you didn’t land that job just because you are smart or talented, but that other systemic factors played into it means you have to take a hard look at your own personal journey. Why even do that? It takes a lot of self-awareness to take that deep dive. But we won’t get anywhere without that questioning in the white community. This is the impasse where we are currently stuck when it comes to dismantling systemic racism. It’s more than just feeling guilty, or feeling exposed or fragile in these conversations.  It’s about giving up power — or better yet, sharing power in an equitable and just way —  and that’s a hard thing to do when the white community has often been taught not to “see” race — from the history books to our media to our Hollywood myths.

The subjects of the film seem to be mostly if not entirely reflective liberals — was there an attempt to reach what we’d now call “Trump voters”?

Foster: Absolutely. We reached out to just about every white person we knew and had an extremely difficult time getting anyone to agree to go on camera — a response that only confirmed the need for a film like this.

Stephenson: We also had a very clear strategy in mind — we wanted to stay in the white liberal mind space. For us, in that 2015 pre-Trump era, to focus on more right-wing, overtly racist people would make it easier for many white people to dismiss the conversation we were trying to get people to engage in. We wanted to explore those difficult conversations with liberal-minded people to unravel just how deep white supremacy is internalized by all of us. In addition, we thought it was important to give voice to white people who have been working as anti-racist activists, scholars and educators in their communities. We were fortunate enough to have some of those voices present in the film. They helped us expose to audiences that there are ways to discuss white privilege and systemic racism that go beyond the personal feelings that interrupt an honest dialogue. They have tools available that can get other white people a step closer to reflecting on their own racial identity and to dismantling racism. The change starts right here in our backyard, not necessarily by engaging the extreme end of the continuum where mindsets are deeply fixed.

Big question, I know; How have conversations with white people about race changed since 2015 when the film was first released?

Stephenson: Wow!  Big question indeed. We stand at a crossroads today. I wake up some days feeling frustrated and depressed by how white supremacy stares me in the face in such a flagrant way through the current administration in power. But in some ways this transparency is a gift. The excuses of colorblindness can no longer fly in the same way. Terms such as "white supremacy" are less taboo today than they were a few years ago. I personally have engaged in much more direct conversations with white colleagues about systemic racism. My son comes home from school with questions about truth and history that demonstrate that his classrooms are helping students build critical thinking skills that will push for greater justice in our society. But this is thanks not just to the sudden shift right now that our government has taken and forced us to see ourselves in the mirror, but also thanks to the relentless anti-racism work we are all doing in a variety of fields and that has been happening since the Civil War. Our ancestors’ work continues to be relevant today. We are, however, also paying a price for this ugly veil lifting — from a deeply polarized society to racist shifts in immigration policy to Standing Rock to police brutality.  We are at a crossroads of a battle of narratives on multiple fronts.

Foster: I think the veil has been lifted. Since the election of Trump — there, I said his name — there is no more need for "dog whistle" politics. Not only does the racism no longer need to be couched in terms meant to disguise it, it's being openly celebrated, as in Charlottesville. I personally believe the 2016 election was a huge wake up call for most of white America, especially liberals and those who consider themselves "middle of the road." We can no longer fool ourselves into thinking everything is ok and we can enjoy our democracy without actually having to engage and fight for it. The threats to our democratic system are clear and we need to face up to our own privilege and ask ourselves what can we do to help dismantle racism and inequality in order to preserve our democratic principles.

How have they not changed?

Stephenson: Please see my response above. One of the subjects in a short film I am in the midst of completing talks about our history of racism as a history of the ”changing same.” Names and terms may change, some superficial shifts may occur, but who is on the top and who is on the bottom does not change. The rise of a few people of color in strategic spaces may be a step in the right direction, but it is not quite cause for celebration. The house negro was still a slave. So we have a long way to go and much to question deeply in order to experience true liberation and justice for all our communities.  But all of us investing in that struggle is half the battle. And I see young people everywhere taking on that struggle with vision, determination and grace.

What’s your next project?

Foster: I recently co-directed and produced "Rolling Stone: Stories From the Edge," currently on HBO. It's a two-part doc in honor of the magazine's 50th anniversary that celebrates journalism and popular culture. Unfortunately I can't talk about my current project, but you'll be hearing about it soon!

Stephenson: One of the stories I currently have in production is a non-linear documentary about the poet Nikki Giovanni, titled "GOING TO MARS." Through the use of archival footage, current-day verité video, and her poetry performances, the film explores her pioneering work in the Black Arts Movement of the '60s and 70s and her influence today in the hip-hop movement.  Many of the stories I am exploring these days are about resistance, liberation, magical realism and unearthing our common buried history as we seek to heal, move forward and dismantle systemic injustice. Check us out at Radafilm.com.

Watch "A Conversation With White People on Race" on Salon Premium, our new ad-free, content-rich app.