Two victims were connected by families with "deep roots in the city’s black, religious and civil rights groups" 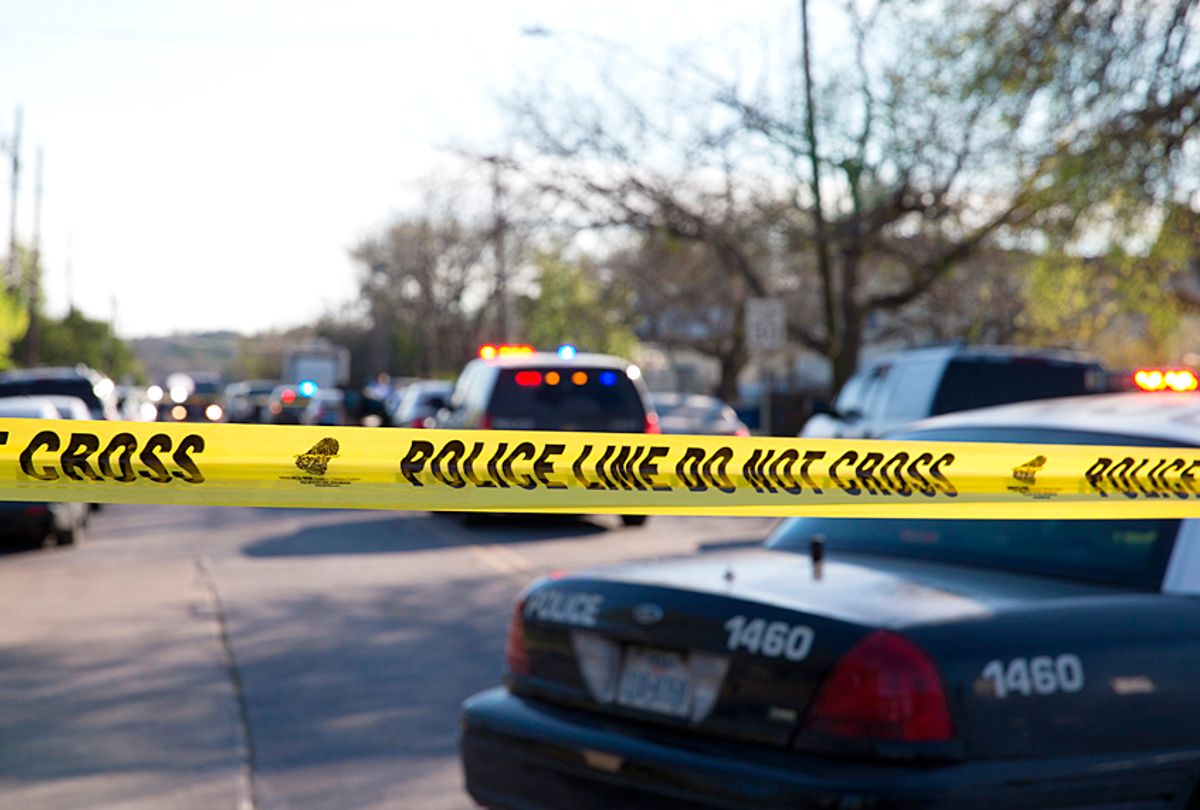 The scene near Galindo Street in Austin, Texas on March 12, 2018 where a woman was injured in an explosion. (Getty/Suzanne Cordeiro)
--

Three separate explosions from packages in Austin, Texas, in recent days have authorities and residents on high alert, and have raised suspicions that there is a connection behind the attacks that have left two dead and three injured, according to multiple news reports.

While the suspect or suspects and other surrounding details still remain unknown, whoever constructed the three parcel bombs in question was a skilled bomb-maker — suggesting that this wasn't the first time they had done something like this.

The first explosion occurred on March 2, after 39-year-old Stephen House picked up a package on the front porch of his home. The second occurred on Monday and killed 17-year-old Draylen Mason, an aspiring classical musician, according to a New York Times profile. Mason's mother was also injured by the blast.

Both victims knew each other, were African-American, and attended the same church, the local NAACP President Nelson Linder told NBC News.

The two victims are connected by families with "deep roots in the city’s black, religious and civil-rights groups," The Times noted.

The third explosion also took place on Monday and injured Esperanza Herrera, 75, who is Hispanic. Linder said investigators believe she could have accidentally picked up the package, which may have been intended for another person.

"The intended target was another person who might be connected to the House and Mason families," Linder told NBC.

Authorities have not ruled out that attacks may have been racially motivated, and have said the explosions are "related incidents." None of the packages were delivered by the United States Postal Service, Austin Police Chief Brian Manley said, but no other information on a relation between the three packages has been made public.

"We’re not jumping to conclusions, but based on what’s known, we’re on heightened alert," Gary L. Bledsoe, the president of the Texas NAACP told the Times. "If it’s a package I’m not expecting, then I’m not going to open it."

Bledsoe added, "And I’m telling everyone else to do the same thing. We don’t really know what’s happening, so the best thing to do is just not take possession of such a package."

"We cannot ignore that," Manley said. "That is something we have to pay attention to. That does not indicate that it's a hate crime. But we're not going to rule that out because we don't want to limit anything that we're considering."

Authorities also believe the three bombs were made by someone with experience. "[T]here's a certain level of skill and sophistication that whoever is doing this has, and ... we are hoping to use the evidence we have to track them down based on what we are seeing on all three scenes that seem to be consistent," Manley said, according to CNN.

Each package detonated after being picked up and opened, but not when the packages were placed by the suspect.

"That shows that the person who's doing this, they know what they are doing and they've probably practiced a lot," Ben West, a security analyst for Stratfor, told CNN. He added that people who make these bombs "are rarely this effective" in their first attempt.