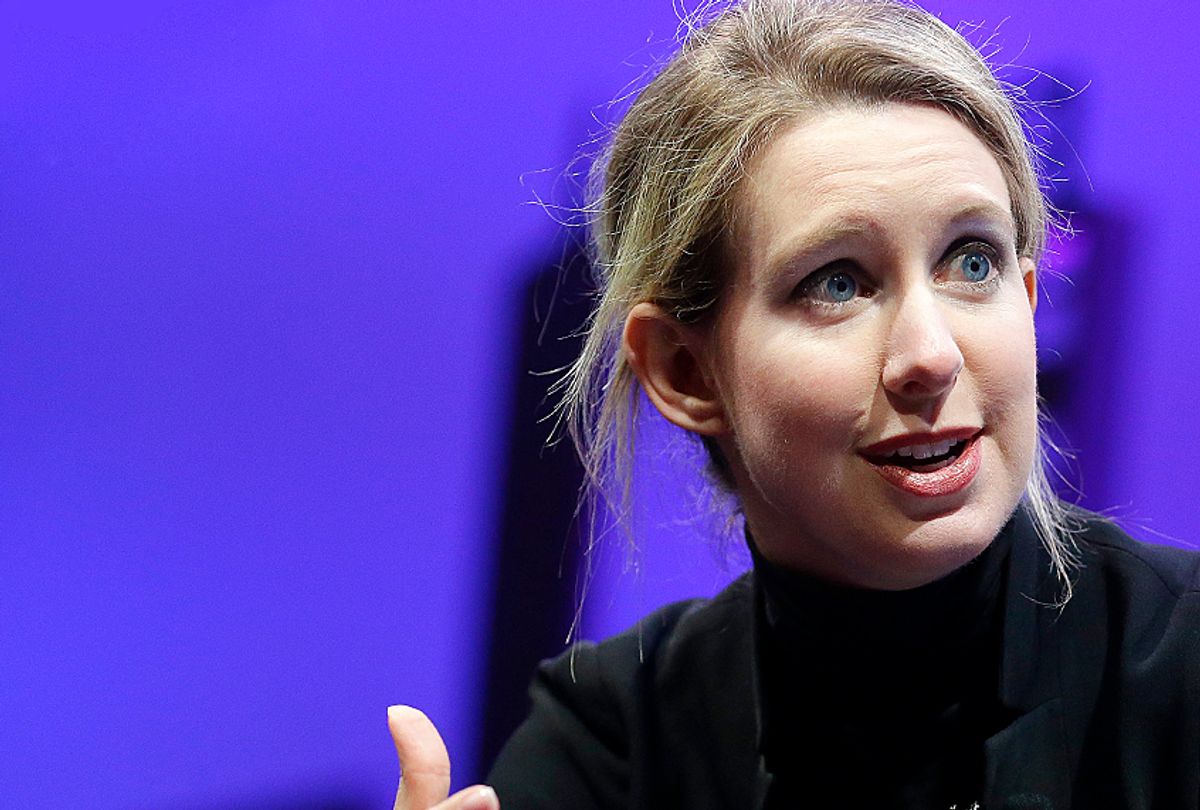 Two Silicon Valley executives have been indicted of massive fraud, bringing to light just how far executives will go to get investment capital in an infamously competitive industry.

The Securities and Exchange Commission announced on March 14 that it has charged Elizabeth Holmes, founder and chief executive of Theranos, and Ramesh “Sunny” Balwani, the company’s former president, with raising more than $700 million from investors through an “elaborate, years-long fraud.” The SEC alleges the two made “exaggerated" or "false statements about the company’s technology, business, and financial performance.”

“Investors are entitled to nothing less than complete truth and candor from companies and their executives,” Steven Peikin, Co-Director of the SEC’s Enforcement Division said in the SEC press release.  “The charges against Theranos, Holmes, and Balwani make clear that there is no exemption from the anti-fraud provisions of the federal securities laws simply because a company is non-public, development-stage, or the subject of exuberant media attention.”

Specifically, Holmes and Balwani are alleged to have falsely represented Theranos in investor presentations, product demonstrations, and in media coverage. Theranos had marketed itself as a healthcare company that could make “comprehensive” laboratory tests from samples of a few finger blood drops — a Silicon Valley–style attempt to "disrupt" the blood testing industry.

“In truth, according to the SEC’s complaint, Theranos’ proprietary analyzer could complete only a small number of tests, and the company conducted the vast majority of patient tests on modified and industry-standard commercial analyzers manufactured by others,” the SEC press release alleges.

Additional complaints allege that Holmes and Balwani falsely claimed the Theranos technology was “deployed by the U.S. Department of Defense on the battlefield in Afghanistan and on medevac helicopters.” According to the complaint, the technology was never deployed by the U.S. Department of Defense. The company and its indicted executives also allegedly claimed Theranos would make more than $100 million in revenue in 2014.  The SEC claims it only generated slightly more than $100,000.

According to Crunchbase, a website that maintain investment reports on tech companies, Theranos raised $1.4 billion in 10 rounds of funding. Elizabeth Holmes, whom Forbes once named “the world's youngest self-made woman billionaire,” founded the company after she dropped out of Stanford University in 2003 at the age of 19.

Jina Choi, Director of the SEC’s San Francisco Regional Office, said this is an “important lesson” for Silicon Valley.

“Innovators who seek to revolutionize and disrupt an industry must tell investors the truth about what their technology can do today, not just what they hope it might do someday,” Choi said.

According to the SEC statement, Holmes and Theranos have agreed to “resolve the charges,” but haven’t denied or admitted to them.

“Holmes is ceding her voting control of the company and reducing her equity stake in Theranos,” the SEC explains.

Holmes has also agreed to pay a $500,000 penalty. She will reportedly be prohibited from serving as “an officer or director of a public company for 10 years” and returning her 18.9 million shares.

However, the SEC notes the settlements are subject to court approval. The SEC “will litigate its claims against Balwani in federal district court in the Northern District of California,” according to the statement.