The truth about school closings: "Anatomy of a Snow Day" digs in

Follow an investigation every kid needs to see solved in "Anatomy of a Snow Day," streaming now on Salon Premium 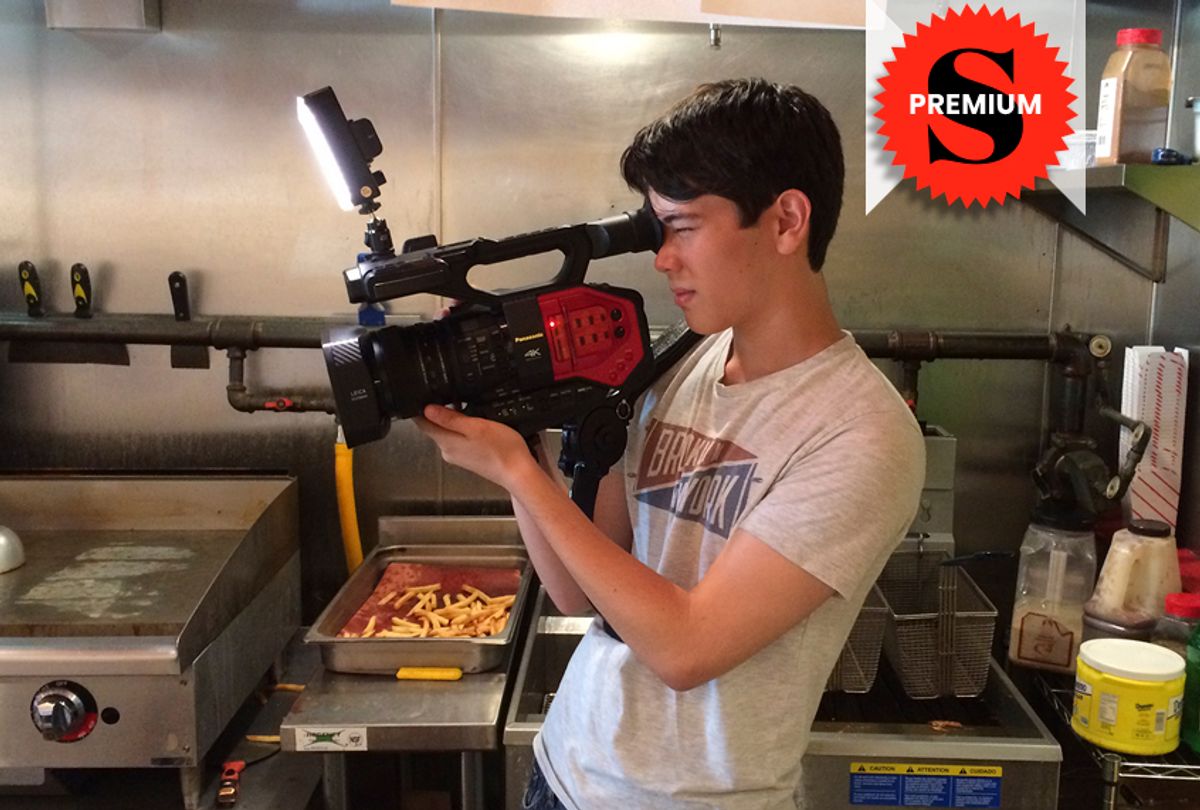 In kid filmmaker Zachary Maxwell’s delightful and quite informative “Anatomy of a Snow Day,” the documentarian, then 12, takes a Michael Moore approach to shoveling up the truth about how New York City decides to close schools because of weather conditions.

You can watch the full "Anatomy of a Snow Day" documentary on Salon Premium, our new ad-free, content-rich app. Here's how.

Salon spoke recently with the grounded Maxwell, who is now 15.

How’d you get started making documentaries?

Ever since I was very young, my dad would follow me around with a camcorder and we made silly home movies together. I enjoyed showing off in front of the camera and then watching it on the TV. As time passed, we began telling short stories with film. I remember one of the first movies that we made with a story was about my sea monkeys. Spoiler: they died. We eventually became more ambitious and started telling stories about problems that bothered me as a kid, such as school lunches and snow days. When we realized that these little projects made in our living room were turning out pretty good, we started submitting stuff to film festivals.

Who are your cinematic inspirations?

I have always enjoyed first-person documentaries such as “Super Size Me” or “Bowling for Columbine.”  This style of non-fiction storytelling definitely influenced my earlier films like “Anatomy of a Snow Day” and “Yuck.” Today, I attend Frank Sinatra High School for the Arts here in New York City and I’m a sophomore in their film and media studio.  So I’m appreciating a broader range of filmmakers and styles. A big influence on me right now is Edgar Wright, whose style is so unique and fast-paced.  I love the dramatic writing in films by Christopher Nolan (“Memento” is my favorite film), Paul Haggis (“Crash” blew my mind), and Richard Linklater (“Boyhood,” enough said). I’m in awe of Kathleen Kennedy and all the amazing blockbusters produced under her leadership. Right now, I am taking an online class taught by Ron Howard and I’m learning a lot from him about the craft of directing.

How much creative input does your father have in your films?

When I was younger, my dad and I wrote and shot everything together and then he would do the editing. Nowadays, since I’ve started working more with kids my own age, he’s been less involved in my work. As a teenager, it’s not really cool to have your dad hanging around the set. Also, filmmaking is now my actual homework so he tends to be more hands off when it comes to those projects. However, we are still working together on a few things outside of school and we are constantly pitching new ideas to each other.

What were the best narrative and feature documentary film (one or two of each) of 2017?

I think the best movie of last year without question was “Baby Driver,” written and directed by Edgar Wright. I loved everything about it: the writing, the editing, the cinematography, the pacing. It was just a huge adrenaline rush.  As for recent documentaries, I think “13th” by Ava DuVernay was really compelling and it challenged me to think about issues that I had never considered in my naive little teenage bubble. And also, not surprisingly, I enjoyed the Steven Spielberg documentary produced by HBO last year.

It's been some time since you made "Anatomy of a Snow Day." How would you say your work has evolved since then?

I’ve continued to be curious about problems that I see in the world and interested in turning them into fun stories that offer solutions from a kid’s perspective.  I recently made a short film with my little brother about traffic safety called "Dear Polly Trottenberg." I also gave a TED talk about how kids can use creativity to make meaningful change in their own communities. I think this theme of empowering people, especially young people, is something I will continue to refine and I hope I can make stuff that inspires people to step up and become engaged in their community.

What else are you working on?

I’ve recently been studying dramatic structure and screenwriting in high school. Right now, I’m writing a short film about an irresponsible teenager that is thrown into an outlandish adventure when he has to babysit his little brother. My writing skills are coming along but I definitely have a long way to go before I’m writing stuff like "Back to the Future."

My dad and I are also working on a feature-length documentary all about puberty and the awkwardness of teenagers. It’s a first-person chronicle that we’ve been shooting off-and-on over the past four years and we still have about three more years to go.  This is the most ambitious project I’ve ever worked on and I’m starting to realize that it’s probably bigger than what I can handle on my own. So I’m hoping to start pitching it later this year to some production companies that might want to collaborate.

Assuming you’re looking to be a filmmaker, are you planning to go to film school, and what kind of films do you plan on making in ten years?

I’m not sure about studying film in college. I read something that J.J. Abrams once said about it being more important to know what you want to make films about before you study how to actually make them. I think I would probably want to major in some kind of mashup of politics, journalism, film and the entertainment business. I want to learn how to make films that inspire people to do good in the world. I want to tell stories that make you feel happy, sad, furious and thrilled, all at the same time. I want to make films that change the world.

But for right now, I just want to survive puberty . . . and have a really awesome movie to show for it on the other side.