Why won't Republicans pass their own background-check bill?

Republicans and the NRA claim they want better background checks for guns. Their actions tell a different story 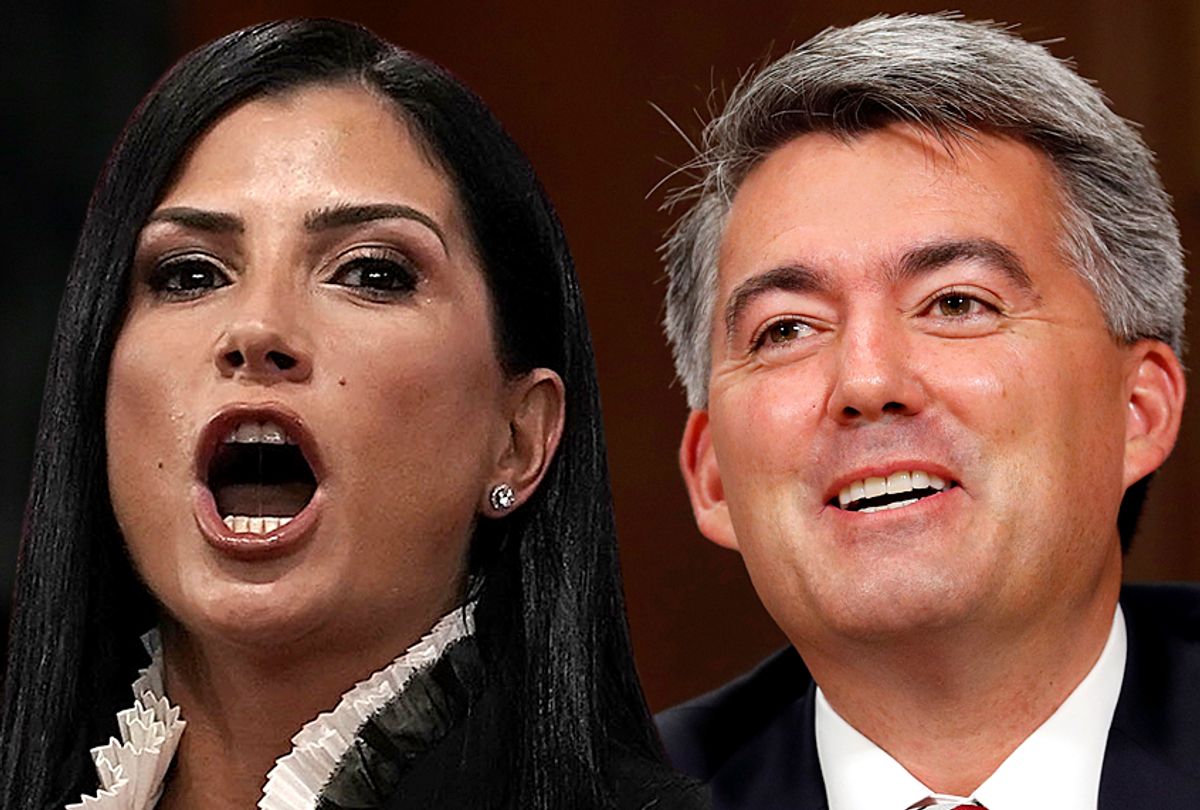 To hear the folks at the National Rifle Association tell it, they are great lovers of the National Instant Criminal Background Check System (NICS) and believe that the federal government needs to fix its flaws. Those failings can mean that lead people who ought to be legally prohibited from buying guns are sneaking through anyway, due to incomplete reporting from states and federal agencies.

"The National Rifle Association originated the National Instant Check System. It was our bill," Wayne LaPierre, the executive vice president of the NRA, declared at the Conservative Political Action Conference in February.

NRA spokeswoman Dana Loesch took it a step further and blamed the supposed liberal media for NICS failures, asking, "Where are the stories about how 38 states submit less than 80 percent of criminal convictions to the background check system?" and saying, "I have to question whether they want this system to fail."

Sen. John Cornyn, R-Texas, seemingly took the NRA's comments at face value and introduced the Fix NICS Act of 2017, which is supposed to help improve recordkeeping and stop people like Dylann Roof and Devin Patrick Kelley — two mass shooters who should have failed to pass a background check, but didn't — from getting guns. He introduced the bill in November, with the public support of the NRA. Mysteriously, the bill has gone nowhere in Congress.

The entire saga of the Fix NICS Act offers an important glimpse into the labyrinthine politics of gun control. It's a system where the NRA proposes "compromise" bills that allow Republicans to look sensible about gun control, and then the organization goes out of its way to undermine even those minor reforms. The result, intended or otherwise, is that the NRA and Republican legislators can claim to care about keeping guns out of the hands of dangerous people, while doing little or nothing toward accomplishing that goal.

The first thing to understand about Fix NICS is that it's "just the tiniest of baby steps," said Avery Gardiner, co-president of the Brady Campaign to Prevent Gun Violence.

"This bill plays very much into the conservative sentiment that we should enforce the existing laws," Gardiner continued, but "nothing about the Fix NICS bill changes who is allowed to buy a gun, or the standards for how any of this is done."

"We think Fix NICS is important," said Jonas Oransky, deputy legal director of Everytown for Gun Safety. "We have, in the past, seen a cynical effort from the gun lobby to promote solutions that are not the most effective ones and are attempts to distract from the highest priority. The system is not going to be comprehensive until background checks are required on all gun sales."

Both the Brady Campaign and Everytown support Fix NICS, but both organizations think it doesn't go far enough, especially since the proposed law fails to address the fact that people who buy guns from unlicensed online dealers or at gun shows can evade the background check. There's a real concern that this is simply Republicans tossing up as minimal a bill as possible, simply so they can claim they did something.

But even this weak bill seems to have no momentum in Congress, which suggests that something weirder and darker is going on. A hint as to why emerged over the weekend, when it was reported that Sen. Cory Gardner, R-Colo., had put a hold on the bill, keeping it from leaving committee. When asked why on "Face the Nation" last Sunday, Gardner didn't quite admit to blocking the bill, but said, "I think there are some of us who are talking about due process issues in the bill and legislation."

Salon reached out twice to Gardner's office, asking for clarification about these "due process" concerns, and received no answer. Gardner ranks No. 5 on the Senate list of recipients of NRA funding, having accepted more than $3.8 million in campaign funds from the organization during his political career.

“The background check system has been upheld by the Supreme Court when people have challenged whether it’s an appropriate system," said the Brady Campaign's Avery Gardiner. "I don’t understand his due process concerns.”

“All that Fix NICS does is provide incentives to get records that are already prohibiting into the system," Oransky added. In other words, the bill addresses nothing more than flawed record-keeping and data collection. It does nothing to change who loses the right to purchase guns or what evidence is required to remove that right.

Similarly, the NRA publicly supported the NICS Improvement Amendments Act of 2007. According to investigative reporters at The Trace, then-congressman Jim Moran, a Virginia Democrat, said that the NRA "then turned around and worked with allies in Congress to cut off funding" that was intended to be used to improve the NICS reporting system.

The Trace has a helpful timeline showing how often the NRA has claimed to support the NICS system, only to turn around and undermine it.

"The NRA talks about being a membership organization and brags about its 5 million members," Gardiner explained. "But the NRA is also beholden to the interests of the gun makers who write them big checks every year. And gun makers are in the business of selling guns."

In 2016, the last year on record, there were more than 120,000 attempted gun purchases that were declined due to NICS. For ordinary Americans, that represents dangerous people who didn't get their hands on deadly weapons, which is supposed to be the point. But for gun manufacturers, that represents a significant chunk of lost revenue. While there's insufficient evidence of how many people are slipping through the NICS cracks, it stands to reason that an improved data entry system — the kind that could have stopped Dylann Roof or Devin Patrick Kelley — would lead to even more lost gun sales.

There's a quick way for congressional Republicans to prove that they actually prioritize American lives over gun-industry profits: Fix the background check system, by both passing Fix NICS and closing the massive loopholes. Writing a bill of half-measures and then allowing it to die quietly in committee suggests quite a different agenda.