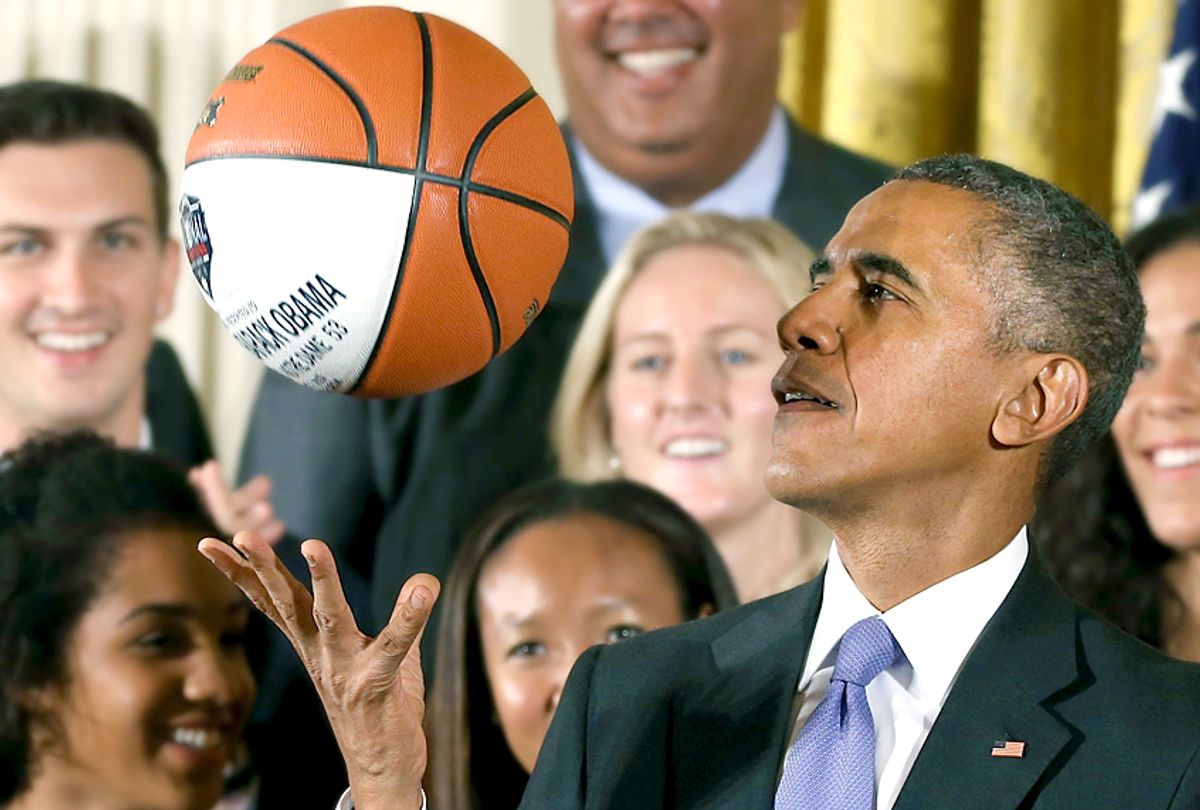 It's March, and it's officially time to let the madness begin.

Despite departing from the White House early last year, Obama has continued the annual tradition of releasing his picks to the public. He first pulled out his crystal ball after taking office in 2009 .

"Just because I have more time to watch games doesn't mean my picks will be better," Obama tweeted Wednesday. He predicts No. 3 seed Michigan State will win the national championship. North Carolina, Villanova and Virginia round out his Final Four picks.

On the women's side, Obama picks UConn to go all the way in the title game against Mississippi State. Louisville and Notre Dame are the two other teams he thinks will make it the long haul to the Final Four.

Obama filled out his bracket on-air with ESPN during his time in the Oval Office – and that is one tradition President Trump declined to repeat in 2017. It is unclear whether Trump will fill out a bracket of his own this year, but a new poll finds that 38 percent of Americans want him to play ball.

Is Obama's bracket the good luck charm you need? Current odds compiled by OddsShark.com favor either Villanova or Virginia to win the men's bracket, while Obama's top pick – Michigan State – is weighted in fourth place.

But just last year, Obama correctly pegged North Carolina to win the men's NCAA title. And so perhaps the former president will shoot two-for-two this year.