Zinke says "wind chops up birds," yet it was his department that overturned a federal law protecting bird killing 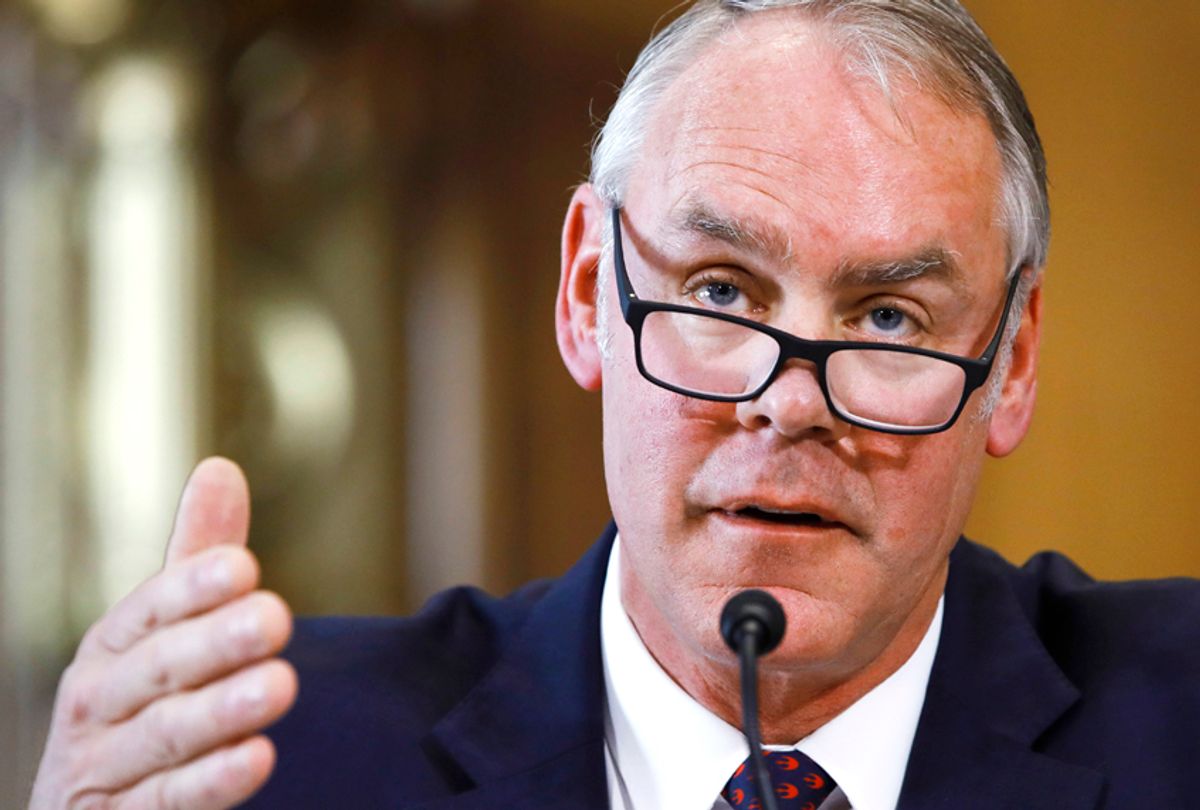 Once again, Interior Secretary Ryan Zinke has tried to spread anti-renewable energy propaganda by turning the focus on birds, who are, according to Zinke, being killed by wind turbines in droves.

At a Senate energy committee hearing on March 13, according to Huffington Post, he echoed a previous sentiment he touted earlier in the month.

“Every energy source has its consequences,” Zinke said, via Huffington Post. “Wind chops up birds.”

At the CERAWeek energy conference hosted by IHSMarkit in Houston, he said the number of birds killed a year could be as high as 750,000 birds.

“We probably chop up as many as 750,000 birds a year with wind and the carbon footprint on wind is significant,” Zinke said. “I always thought the best place for wind was on the roof of a house.”

As Axios pointed out in a fact-check, Zinke is exaggerating his claim, and more ironically, turbines aren’t as threatening to birds as other human-related causes such as communication towers, cars, glass windows, and power lines — which can cause bird electrocutions.

However, Zinke’s new founded empathy for birds is hypocritical in light of his agency's history. Indeed, in December 2017 the U.S. Department of the Interior reversed an Obama-era rule that protected accidental bird deaths caused by (yup) wine turbines, oil rigs, and power lines. The reversal, which was part of the The Migratory Bird Treaty Act of 1918 , said those types of bird deaths no longer violate federal law.

Critics have been quick to point out the hypocrisy, including former Interior deputy secretary under President Barack Obama, David Hayes.

President Donald Trump has also made the same claim before his presidential days. In a 2012 interview Trump told 2012 Republican presidential candidate Herman Cain: “[Windmills] kill all the birds. I don’t know if you know that…Thousands of birds are lying on the ground." He continued: "And the eagle. You know, certain parts of California – they’ve killed so many eagles. You know, they put you in jail if you kill an eagle. And yet these windmills [kill] them by the hundreds.”

According to the American Wind Energy Association the potential U.S. wind energy production by 2020 could provide power for nearly 25 million homes.