On tax cuts, inflation and the recession, Kudlow was spectacularly wrong 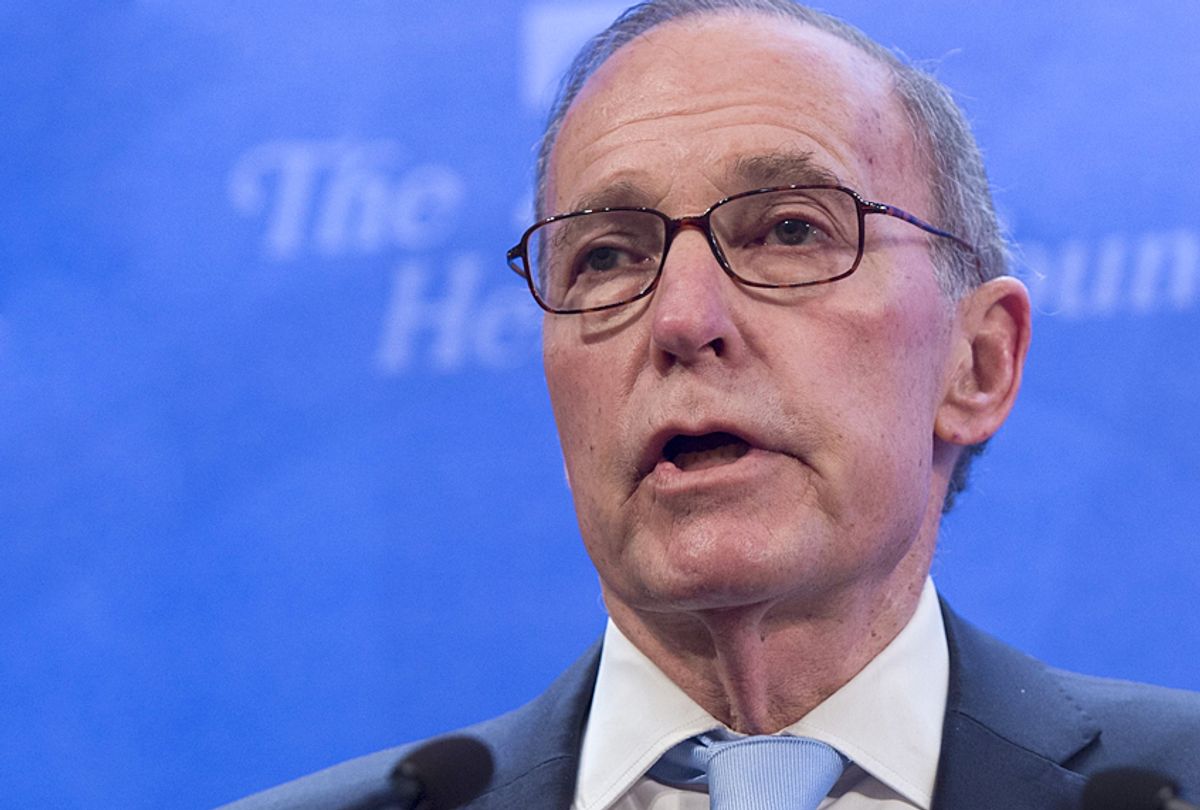 President Donald Trump picked well-known CNBC personality Larry Kudlow to become director of the National Economic Council, a man with a storied history of being spectacularly and consistently wrong in his economic forecasting.

For starters, Kudlow has proudly proclaimed that he's been an advocate of the gold standard since the 1970s, a favorite proposal of economic cranks the world over. The gold standard just happens to be a terrible way to run a modern economy. Pretty much every respectable economist finds the idea laughable.

Unsurprisingly, a man who holds such a misguided view is actually pretty bad at making economic predictions.

In 2010, Kudlow warned that the choice of Janet Yellen to become vice chair of the Federal Reserve risked unleashing a devastating wave of inflation. Her focus on reducing unemployment risked letting the money supply rise uncontrollably, dooming the recovery from the Great Recession.

Of course, none of that happened. Inflation has been on average below target since 2009. Yellen became the Fed chair in 2014, and her policies helped spur the steady economic growth and low unemployment rate for which Trump thinks he deserves all the credit.

As Jonathan Chait explains, Kudlow was seeing signs of economic recovery in July 2008 — after evidence of the housing crisis had long been apparent, but well before the country sank to the greatest depths of the recession.

Chait also chronicles Kudlow's long history of supporting the Republican dogma that all tax cuts are good, completely ignoring the reams of evidence to the contrary.

Kudlow doesn't get everything wrong. He believes Trump's tariffs are dangerous move — but that's likely the one issue where he'll have the least influence, given that Gary Cohn, who Kudlow is replacing, was unable to change the president's mind on the topic.

Noah Smith argues its little surprise that Trump has tapped Kudlow. The GOP's economic views are so divergent from both the average American's ideas and those of the professional economists, they need to scrape the bottom of the barrel to find advisers.

"Given that the GOP has committed itself to an unpopular policy program, why not hire a tax-cutting cheerleader and cable-TV personality to head the National Economic Council?" Smith writes. "The Republican bench of advisers is down to people like Kudlow because the Republican reserve of economic ideas is down to things that so many people — including most academic economists — don’t really want."