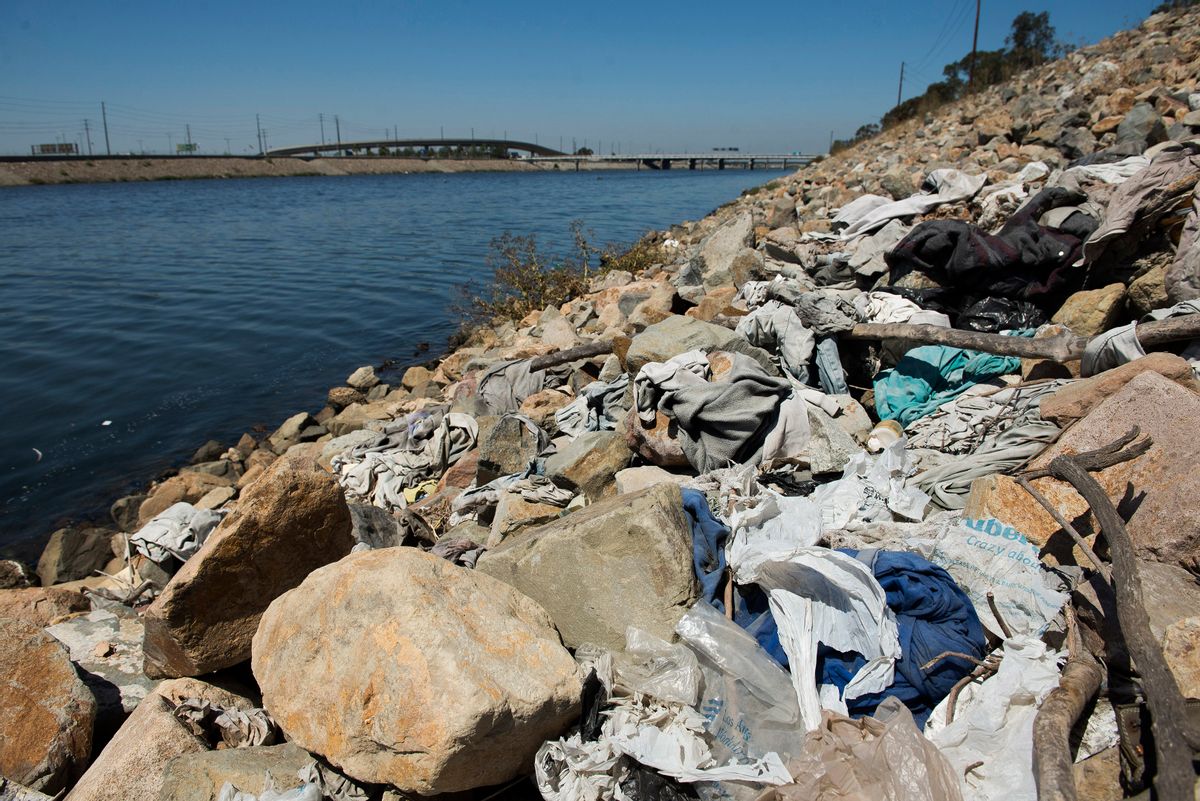 It’s time to kiss the plastics goodbye. No, not the Mean Girls; I mean the plastics you use every day: straws, lids, containers, bags, even clothing, for goodness sake.

While a plastic clothing ban is a bit far off right now (though there is a movement to reduce its use), more urgently, many states and municipalities are campaigning to ban plastic bags, straws and lids, which are choking our oceans, killing ocean creatures and corals, and grossly polluting the environment.

New York state is considering a plastic bag ban, proposed by two state senators. (New York City approved a ban over a year ago, but Democratic governor Andrew Cuomo killed the proposal.) The state proposal would ban plastic bags and charge 10 cents for each paper bag. According to the New York Daily News, “New Yorkers use 9.37 billion disposable bags” annually.
California now has legislation that will “ban detachable caps on plastic bottles.” The state's bottle cap bill could force an industry-wide change to attach lids to bottles, in order to facilitate recycling. According to the Ocean Conservancy’s coastal cleanup data, plastic bottle caps are the fourth most common piece of litter found in ocean cleanups — behind cigarette butts, foam and plastic pieces. Plastic straws are sixth on the list, while plastic bags are seventh.

These plastic ban bills aren’t just about cleaning up the environment; China stopped accepting plastic trash imports for recycling, inspiring the U.S. to figure out what to do with its waste.

A bill in California to restrict plastic straw use in restaurants, unless one is specifically requested by a customer, might sound good, but many municipalities from Fort Myers, Florida to Malibu are banning plastic straws all together. In the Florida Keys, restaurant owners are voluntarily signing on to the Skip the Straw campaign, volunteering to stop offering plastic straws and stirrers.

“Straws are one of the top 10 sources of plastic marine debris, but we really do not need them,” says Mill McCleary, executive program director of Reef Relief, in Key West. “The best way to keep plastic out of the ocean is to stop it at the source, by simply using less of it.” McCleary says Americans use over 500 million straws a year, and that plastic straws are “generally too lightweight to recycle.”

In addition to making sea animals sick, McCleary and the Ocean Conservancy agree plastic straws break down into micro-plastics that kill already endangered coral. Plus, plastic is just gross washing up on otherwise pristine beaches.

Since mid-January, over five-dozen businesses have signed on to the Skip the Straw campaign in the Florida Keys. While such environmental mindedness might be expected in California, it's exciting to see it proliferating in Florida— a state without a bottle recycling deposit and famous for its anti-environment language policing. “I think the overall motivation for supporting it is that for the most part, us locals really do care about our island and ocean,” McCleary says.

But some in Florida, along with others in toxic industry-friendly states, see the ban-plastics movement as a grassroots uprising that must be quashed. Nine state governments have banned the plastic bag ban before it even starts. The state of Michigan — the same folks behind the your-water-is-safe-to-drink Flint water crisis — banned the plastic bag ban. Michigan’s argument was, basically, poor people need plastic bags, so a plastic bag ban harms poor people by charging them for disposable paper bags. A lot of poor people in Michigan actually bought that spurious line of reasoning, with taxpayer dollars.

Yet “very few of the 100 billion single-use plastic bags used in the United States each year are recycled,” according to the Los Angeles Times. Instead, the bags end up caught in trees, blowing across lakeshores and beaches and otherwise contaminating the environment, and they will probably not decompose in our lifetime. Cleanup costs in California alone (before the state’s plastic bag ban), amounted to $428 million annually.

According to the EPA, it’s not uncommon for an urban community to spend more than $1 million a year cleaning up litter, much of it plastic. That’s a lot of local dollars that could be saved and spent elsewhere in ways that support the community.

In many states and municipalities nationwide, people pay 10 cents for a paper bag or carry their own reusable tote bags, many of which fold up into a purse-sized square. Using reusable bags is simple and it's habit-forming, and it's something everyone can do — even if your community doesn't have a plastic bag ban.

Want alternatives to plastic straws and other items? Don’t use straws or buy your own reusable straw and utensils and carry them with you. Look for creative alternatives. Keep reusable grocery bags with you. And try to avoid buying clothing made from plastic.