Following her harrowing allegations of being assaulted by Harvey Weinstein, Sciorra is staging her comeback 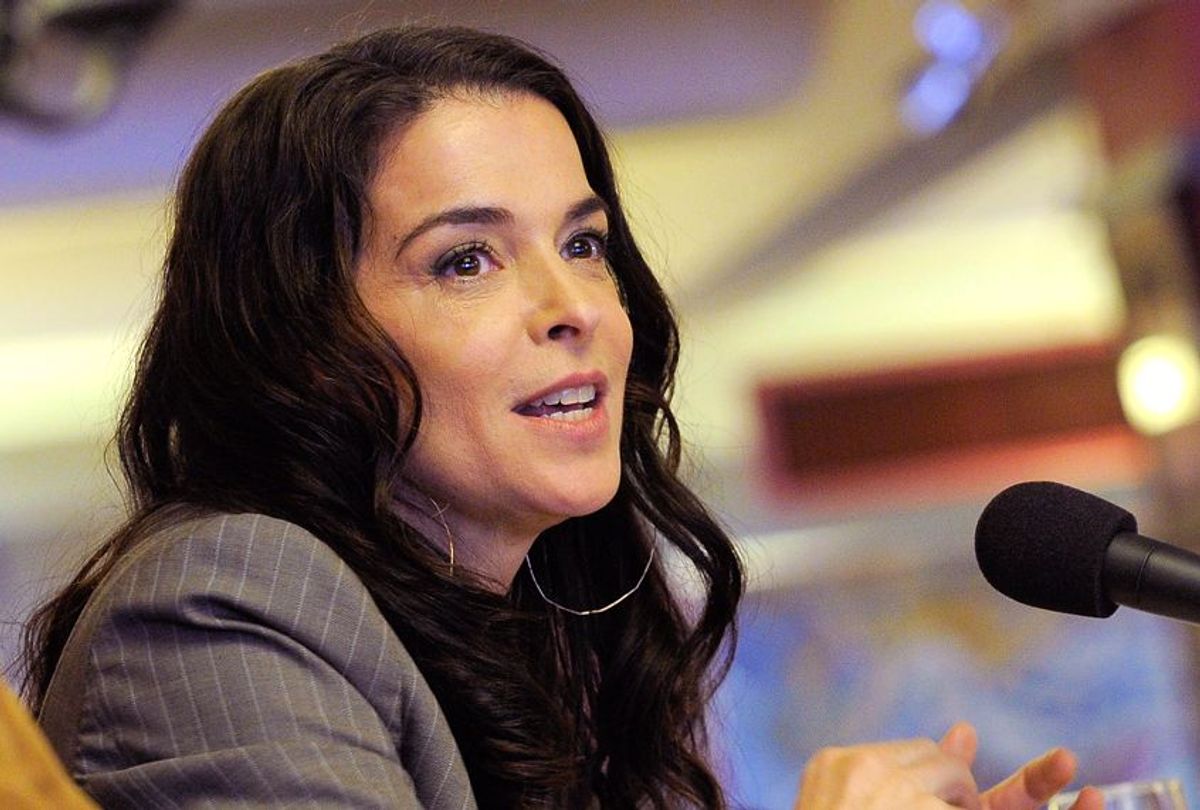 Annabella Sciorra's appearance at the 90th Oscars, where she joined Ashley Judd and Salma Hayek to introduce a montage dedicated to #MeToo and #TimesUp, was surprisingly moving. Sciorra, Judd and Hayek were among the women who went public with their individual experiences of Harvey Weinstein’s sexual misconduct, which ranged from allegations of harassment to reports of rape. Their stories, along with tens of others, helped bring down one of Hollywood's most powerful producers.

Judd and Hayek were somehow able to keep their careers afloat while Weinstein was at the height of his powers. Sciorra, in contrast, all but disappeared from the limelight. This is understandable to anyone who read Sciorra’s account in an October 2017 New Yorker piece reported by Ronan Farrow. What she describes is particularly brutal. It also explains why a star that seemed to be on the rise nearly three decades ago appeared to fizzle out just as quickly — a turn that could be corrected, starting with a couple of announced roles on Netflix.

Variety reveals that Sciorra will appear in the 13-episode second season of “Marvel’s Luke Cage,” dropping June 22.  She portrays "a power player in the criminal underworld "named Rosalie Carbone. Soon after she’ll appear in Season 2 of “GLOW” as Rosalie Biagi, the mother of punk-rock wrestler Justine Biagi. Rosalie had a one-night stand with GLOW's director Sam Sylvia (Marc Maron), so that reunion should create a few sparks.

Watching Sciorra back in action after all these years should be even more delightful.  In the ‘90s her career was on an upward trajectory because of her ability to combine a down-to-earth toughness with a certain delicateness. Whether she was the overly-trusting wife in Curtis Hanson’s 1992 thriller “The Hand That Rocks the Cradle,” the sexy temptation in Spike Lee’s 1991 drama “Jungle Fever,” or the lost spirit in 1998's “What Dreams May Come,” Sciorra rarely failed to lend a soulfulness to her portrayals.

Even characters filtered through the male gaze, such as the vixenish and obsessive Gloria Trillo on “The Sopranos” (which netted her an Emmy nomination in 2001), received some benediction in her performance.

This is why it was strange to witness Sciorra’s filmography slowly fill with lower-quality releases, and see her take on limited TV roles — including a multiple episode stint on “Law & Order: Criminal Intent” and guest spots on other series.

What we didn’t know then was what happened in the midst of all: Sciorra says she was violently raped by Harvey Weinstein. (Weinstein, through his legal team, has denied all accusations of non-consensual sexual encounters.) It’s amazing that she mustered the wherewithal to get as far as she did with her career before she landed “The Sopranos”: According to the New Yorker, although she did not report the assault to police, Sciorra said that she felt the impact on her livelihood almost immediately.

“From 1992, I didn’t work again until 1995,” she said. “I just kept getting this pushback of ‘We heard you were difficult; we heard this or that.’ I think that that was the Harvey machine.”

That monstrous machine is in the midst of being broken down and discarded. And hopefully these Netflix roles mark the start of a renaissance for Sciorra, a talent held back in the shadows for far too long.