Senator who votes with Trump 85% of time disses Trump 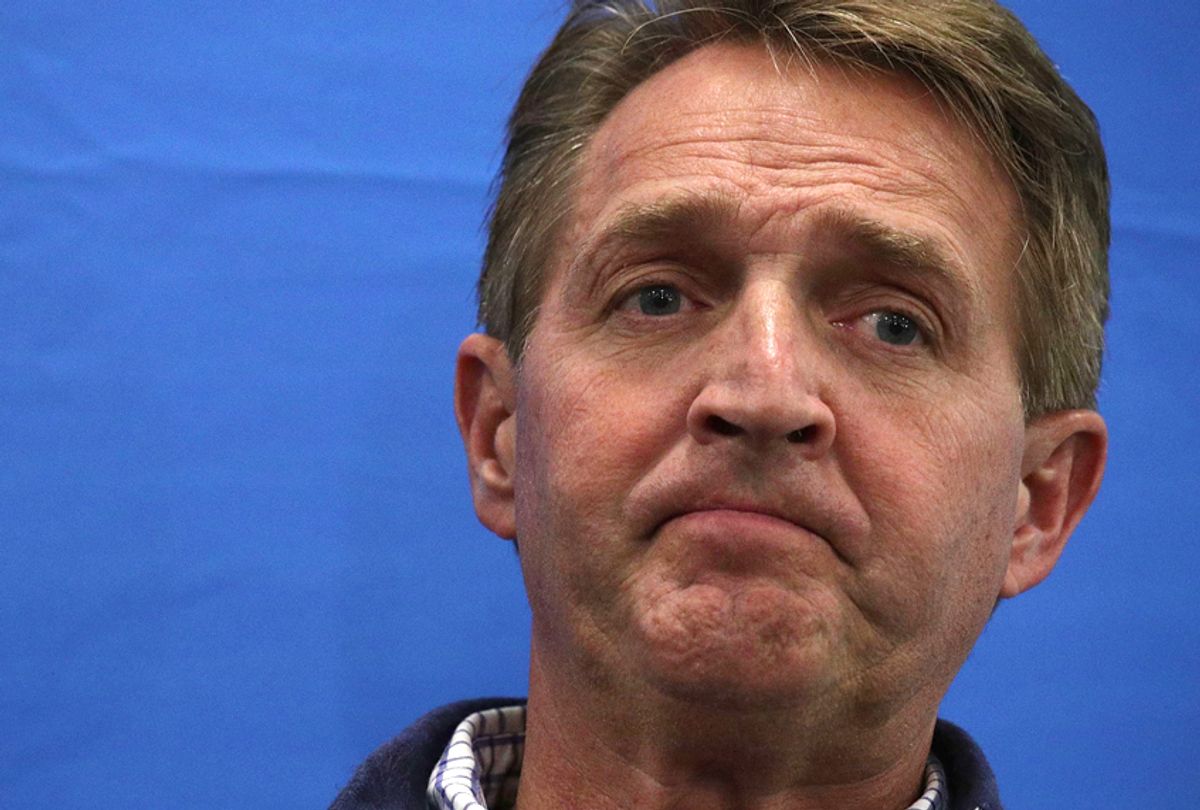 Soon-to-be-retired Sen. Jeff Flake, R-Ariz., took his anti-Trump propaganda to New Hampshire on Friday. While there, Flake issued a plaintive cry for a GOP candidate to challenge President Donald Trump in the 2020 election, saying that conservatives are “yearning” for a “traditional conservative message.”

"Right now, this is the president's party," Flake continued. "Republican primary voters in Arizona and elsewhere are firmly with the president — by large majorities. But I do think that will change. And as that changes, we'll see."

Flake continued to hone in on Trump’s impulsiveness and habit of spewing out false facts in public.

“Perhaps what will be most remembered from this period will be the president's war on objective reality and the reflexive impulse to speak falsely," Flake said.

"The time a notion takes to tickle the cerebellum, send a signal to your fingers to pick up your phone and thumb type a tweet is not a comparable process" to crafting policy, he continued. "We should know by now there is no strategic brilliance to marvel at here."

Flake also said Republicans "have a long road to whole to recover as a party.”

Flake has been on a NeverTrump tour for a while now. On Thursday. Flake spoke gave a speech at the National Press Club and said his party "might not deserve to lead."

"If we are going to cloister ourselves in the alternative truth of an erratic leader, if we are going to refuse to live in a world that everyone else lives in ... then my party might not deserve to lead," he said.

While he continues to seek validation and support for his so-called anti-Trump agenda, he seems to agree with Trump on nearly every issue.

Flake "votes in line with Trump's position" 85.9 percent of the time, according to a FiveThirtyEight tracker. He sided with Trump's tax plan — and even voted "no" on a bill that would have provided disaster relief for Puerto Rico and other areas in October 2017. To be fair, Flake has not supported the White House’s immigration proposal. While the Arizona senator's condemnations certainly don’t go unappreciated, he's not exactly a Republican saint.

On Friday, Flake also reportedly didn’t rule out the possibility of he himself seeking to run in the 2020 primaries, but said "odds are long."