Following a Parkland student’s call for a challenger, a 28-year-old woman responded 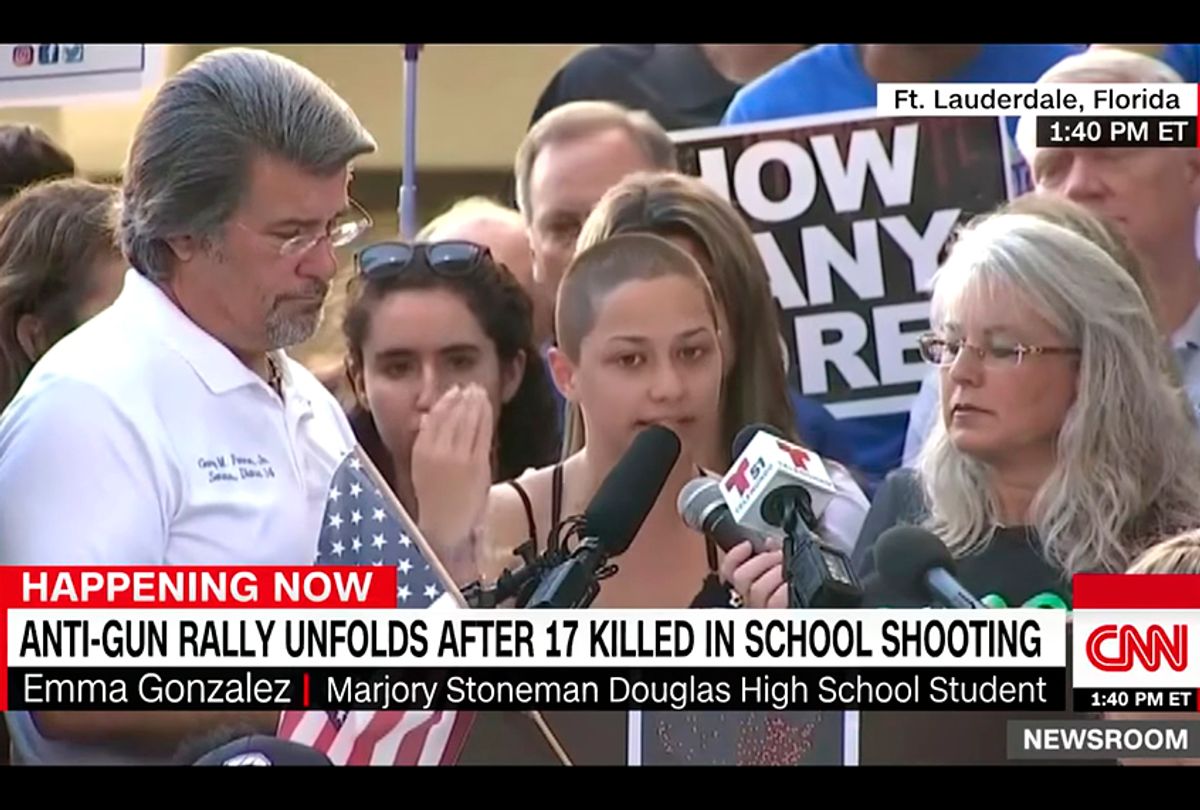 Republican Maine's House of Representatives candidate Leslie Gibson has dropped out of the race for Maine's House of Representatives, according to CNN. The move follows a backlash that ensued after he reportedly insulted two Marjory Stoneman Douglas High School students, Emma González and David Hogg, who have become leaders in the movement for gun control reform amongst American teens.

While the tweets have since been deleted, and Gibson’s account is protected, CNN via Portland Press Herald says that tweets called González a “skinhead lesbian.” Maine’s Sun Journal corroborated the derogatory remarks.

"There is nothing about this skinhead lesbian that impresses me and there is nothing that she has to say unless you're a frothing at the mouth moonbat," Gibson tweeted, according to the Press Herald. He also reportedly called Hogg a "bald-faced liar."

According to the Portland Press Herald, Gibson tweeted an apology to the students.

This isn’t the first time a Republican has attacked on school shooting survivors.

Recall in February, opponents of gun control lied about Hogg, who became the center of a right-wing conspiracy theory, claiming that he was a "crisis actor" rather than a legitimate victim of the Feb. 14 shooting, according to The Washington Post. Donald Trump Jr., the president's son, reportedly liked a tweet promoting a conspiracy theory about Hogg, too.

Hogg took to Twitter to ask anyone to run against Gibson following his comments--and a 28-year-old woman responded. Eryn Gilchrist announced that she’s running for Maine State House District 57 on March 15, and Gibson's remarks inspired her to do so.

“I never thought I would run for office, and I was perfectly content with just remaining a member of the community, but after reading Mr. Gibson’s comments I thought that the people of Greene and Sabattus deserved a representative who will respect people and try to work through their differences to make our lives better,” said Gilchrist in a statement via Maine Democrats. “That’s what I pledge to do if I am lucky enough to be elected, and I look forward to working hard over the next several months to earn the trust and support of people throughout my community.”