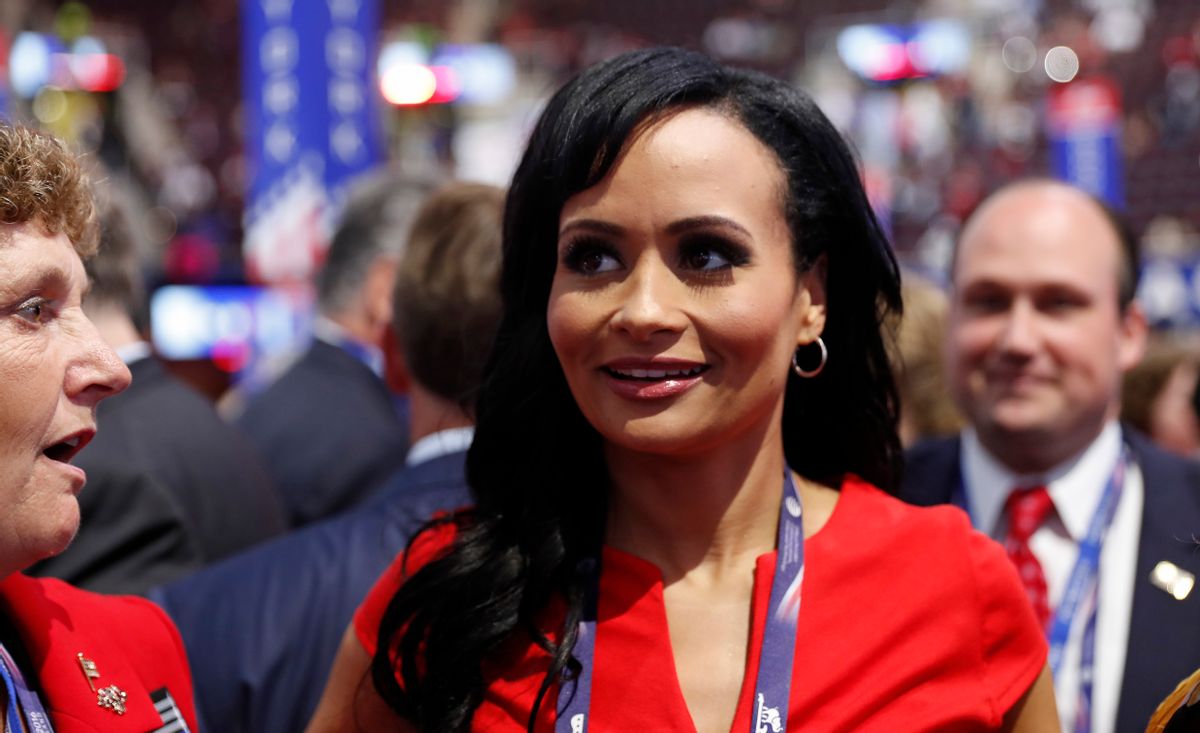 Parscale spoke of the decision to take Pierson on while also mentioning another hiree, Trump's previous aide John McEntee, saying, "As we build out our operations for the 2018 midterm elections and the 2020 reelection campaign, we are pleased to welcome back two outstanding members of our 2016 team. We need the help of proven leaders such as Katrina and John to promote the President’s growing portfolio of achievements across the country."

It makes sense that Trump would tap Pierson once again to represent him in the American political arena. Pierson, a member of the far-right Tea Party, is known for despising "political correctness" as much as her employer. She's also known for her tasteless theatrics.

Here are just five of the bizarre things Pierson has said or done in the recent past.

1. She wore a bullet necklace.

In 2016, the Trump campaign spokeswoman donned a bullet necklace to embody her dedication and unwavering support for the NRA. When she was criticized on Twitter, Pierson said she would next consider wearing a necklace of fetuses to protest abortion. She then said Democrats were “sexist” for raising their eyebrows at her ammunition-heavy jewelry and that it was better than wearing tampon earrings, which was a jab at MSNBC’s Melissa Harris-Perry who once wore tampon accessories on air.

In August 2017, Pierson landed in the center of controversy once again by calling the history of slavery "good" while defending Trump. While discussing national demands to remove Confederate statues on "Fox & Friends," Pierson said, "I really don't think that you should have leaders actually encouraging people to do these types of things because Americans actually love their history, their culture, good and bad, because it helps them learn and it helps keep people educated about why America is so great to begin with."

When one of the guests on the show, Wendy Osefo, said Confederate statues should be kept in museums, not parks, a visibly agitated Pierson said, "It absolutely deserves a place, because bad history is still good history for this country." Osefo raised her eyes and asked, "Slavery is good history?" Pierson doubled down: "Considering where we are today! Where we are today! Absolutely!"

On the presidential campaign trail in 2015, Trump announced he would enact a complete ban on Muslims entering the United States in order to assess and improve national security. He was quickly criticized and condemned by human rights groups, but Pierson continued aggressively supporting Trump. On CNN, she was asked about Trump's comments, which seemed to generalize Muslims as terrorists. She shrugged and said, "So what? They're Muslim."

4. She made racist tweets.

Prior to joining Trump’s campaign, Pierson shared an appallingly racist tweet lamenting the absence of “pure-breed" politicians in 2012. “Perfect Obama's dad born in Africa, Mitt Romney's dad born in Mexico. Any pure breeds left?” Pierson tweeted. Later on in 2016, while speaking on CNN, Pierson defended using the term and called herself a “half-breed.”

5. She said we should use our nukes.

In 2015, Pierson went on another thoughtless diatribe on Fox News’ "O’Reilly Factor" where she asked what the purpose of having nuclear weapons was if the government isn’t keen on using them. Here are her actual words: “What good does it do to have a good nuclear triad if you’re afraid to use it?”

With Pierson headed to advise the president on the 2020 presidential trail, it’s likely we’ll see more unhinged remarks from this avid Trump supporter.