Goodyear has been fined once again for workplace safety violations 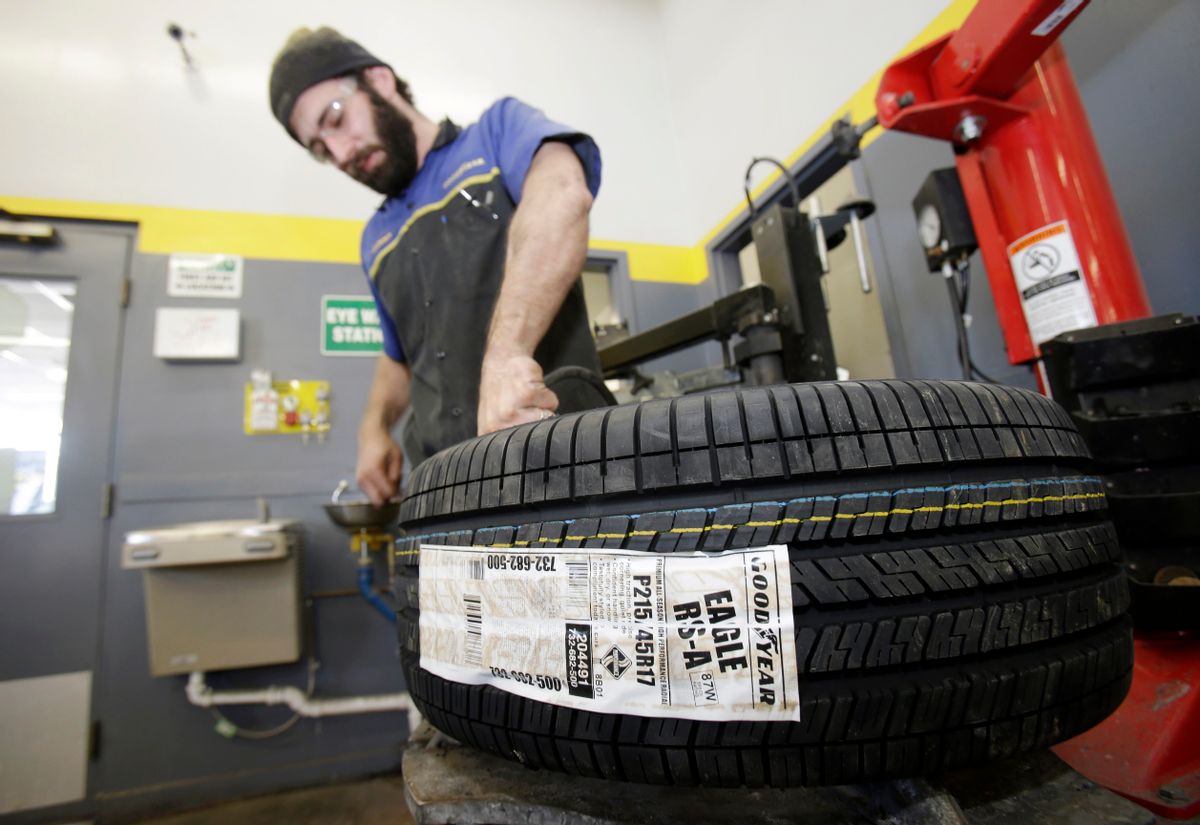 A Goodyear Tire & Rubber Co. plant in Georgia faces about $70,000 in fines for failing to follow federal workplace safety laws that endangered workers.

“Our inspection found multiple safety deficiencies that put employees at risk of serious injury or death,” William Fulcher, the OSHA area office director in Atlanta, said in a statement. “Potential workplace hazards must be assessed and eliminated to ensure employees are afforded a safe work environment.”

Goodyear has contested the fines, according to an OSHA spokesman.

Laura Duda, a Goodyear spokeswoman, wrote in an email that the company “cooperated with OSHA during its inspection and are now following the standard administrative process for responding to citations. We can’t discuss specifics while this is in progress.”

Similar safety issues were uncovered in an investigation by Reveal in December that showed how Goodyear’s lax approach to safety contributed to the deaths of motorists on the road and workers in its plants. The tire giant ranked among the top five manufacturers in the United States for worker deaths since 2009, according to Reveal’s analysis. In addition, at least four motorists over the last seven years have died in accidents after tires made at Goodyear plants failed.

Those tires were manufactured in plants where intense production demands and leaks in the roof have endangered both workers and consumers, Reveal’s investigation found. Court documents and former workers in the company’s plants in Danville, Virginia, and Fayetteville, North Carolina, detailed how water leaked through the roof and in some cases onto machines. Workers are trained to avoid moisture in tireproduction because it can prompt treads to separate, causing a blowout.

In interviews, several former employees of Goodyear’s Danville and Fayetteville plants said they felt pressure to put production before workplace safety. Some recalled a quota-driven motto invoked on the shop floor: “Round and black and out the back.”

Hours after Reveal’s investigation was published on Revealnews.org and, via The Associated Press, on the websites of The Washington Post, The New York Times and ABC News, a Goodyear spokeswoman issued a statement.

“Over the past two years, we fell short of our own expectations for safety, and we mourn the loss of valued coworkers at two of our U.S. manufacturing plants,” Barbara Hatala, Goodyear’s communications manager for the Americas Operations, said in the statement. “This is unacceptable.”

The story detailed how protections for factory workers are being dismantled. The Trump administration has rolled back and postponed Obama-era protections in keeping with goals laid out by the National Association of Manufacturers. Richard Kramer, Goodyear’s chairman, chief executive officer and president, serves on the association’s board.

The most recent fines are “deeply discouraging,” said Jordan Barab, the former deputy assistant secretary of OSHA under Obama.

“Even with multiple preventable deaths and serious injuries in plants across the country, and multiple OSHA citations, Goodyear never seems to learn a very basic lesson: that they are legally and morally required to provide safe workplaces for their employees,” Barab said.