Stormy Daniels is a feminist hero 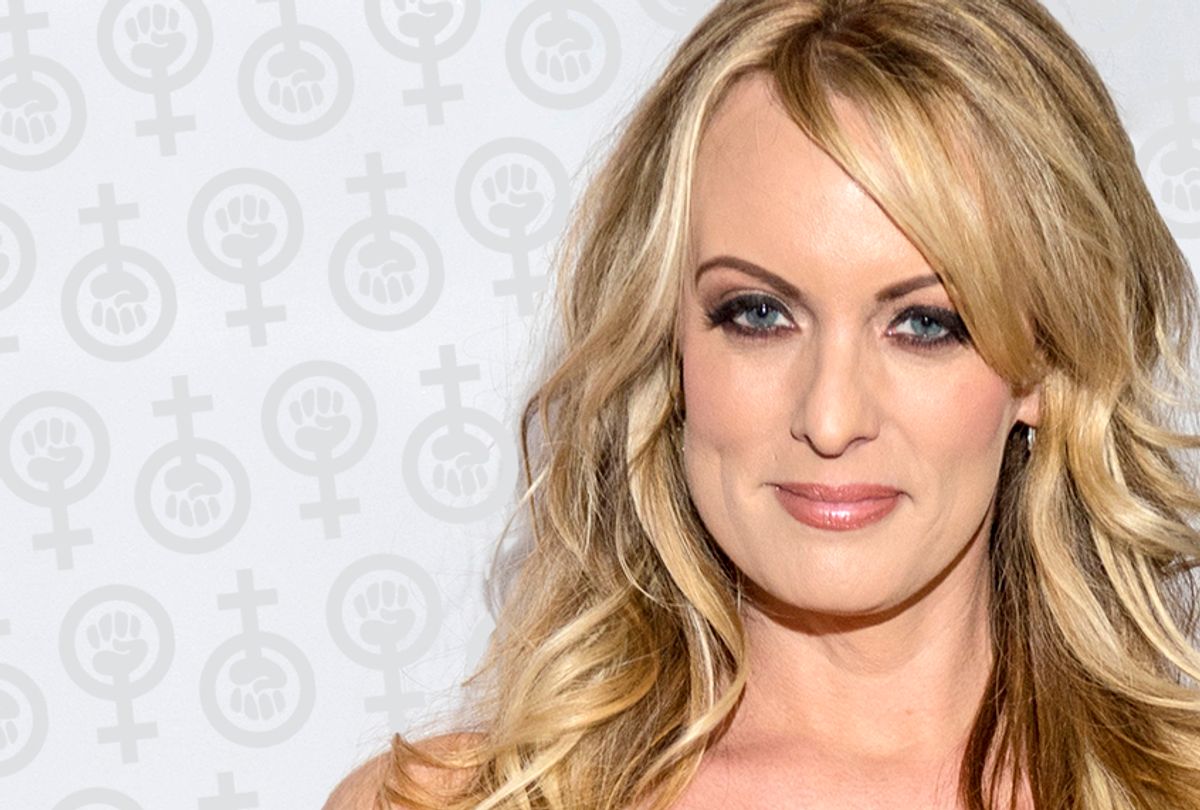 If American history has taught us one important lesson, it’s that sex scandals — in all their forms — can be more powerful than whispers of corruption when it comes to pushing a politician out of office.

While this isn’t always the case, it seems to be true more times than not. Blame it on the country’s puritanical roots, America’s obsession with private lives or the increasing intolerance for abusive men in positions of power. When one’s sex life becomes public knowledge, and it reflects poorly on that person’s character, it’s likely their days in office are numbered. This trend dates back centuries. As every Lin-Manuel Miranda fan knows, Secretary of the Treasury Alexander Hamilton had an affair while married. A journalist exposed him after he served in office, but he still had to issue a public apology, which reportedly harmed his reputation and future in politics. Then there’s Bill Clinton, who set a new standard of what the implications are when you lie about an affair under oath.

When news broke that adult film star Stephanie Clifford (whose stage name is Stormy Daniels) allegedly had an affair with President Donald Trump in 2006 while he was married to Melania Trump, gasps and glimmers of real hope arrived for many who are utterly exhausted by Trump’s misogyny, racism and bullying. Unlike the many would-be scandals that have followed Trump all the way into the Oval Office, Clifford has a real chance at thwarting Trump’s position of power.

Of course, it’s absurd that this would be the thing to take him down, all things considered, but this is America.

As Rep. Maxine Waters, D-Calif., said on MSNBC, “If for some reason [Robert] Mueller does not get him, Stormy will.” And Daniels might be a safer bet than Mueller, at this point. And wouldn’t that be the most perfect ending to a man who has eluded consequences for his misogyny, in public and private, for years? If Clifford, an entrepreneurial, sex-positive woman, swoops in and causes the collapse of the Trump empire, what more could we ask for in the age of #MeToo?

Yet, Clifford doesn’t appear to be receiving the support and recognition she should be receiving right now. Feminists (a group I identify with) can rally. We can make noise and create change. This has been shown multiple times since Trump took office. We praise Special Counsel Mueller every time he indicts someone, but why don’t we do the same to Clifford, who’s now crowdfunding her legal fees? She’s asking for help, and we owe it to her.

Their alleged affair may have been consensual, but this is Clifford’s #MeToo story, and she deserves the same support of all the other women who have been brave enough to share theirs. She’s been silenced through a $130,000 non-disclosure agreement via Trump’s attorney Michael Cohen — yet another story of unjust abuse of power at a woman’s expense. Her attorney says she's been threatened with physical violence, too.

Daniels’ role as a symbol of the resistance is still unclear. Journalist Jeet Heer wrote a piece in The New Republic, entitled “A Tale of Two Women, and Two Eras,” comparing Clifford to Monica Lewinsky, claiming that “Daniels is being celebrated by the left and largely ignored by the right.” However, Rolling Stone writer Denver Nicks said she’s “hated by the right, mocked by the left.” GQ writer Jay Willis praised her cleverness in a piece entitled “Stormy Daniels is Winning.”

The bigger question is a rhetorical one: Should any of that matter when a woman wants to share her #MeToo story? Of course not. Clifford isn’t only a feminist hero because she’s fighting for her own voice, but because when she succeeds, she will likely open the door for the list of women who have accused Trump of sexually harassing or assaulting them to step forward, too. Her justice will bring others justice. And according to BuzzFeed, women have already reached out to Clifford’s lawyer Michael Avenatti, to seek representation in cases against Trump.

It's an exciting time for women in America. All across the country, women are finding their voices everyday and people are listening. We're applauded when we do something different and bold. We're no longer constantly being objectified in every aspect of our lives because we've said we've had enough. This progress shows not only in our work, with men, our partners, families and friends, but perhaps most importantly with how we treat each other. Communities of women are unbreakable; we no longer judge each other, put each other down, but rather we support each other from a place of deep understanding and respect. Gone are the days we snickered over Monica Lewinsky and criticized her choices as a 22-year-old intern.

Let’s take this opportunity to give Clifford the respect and credit she deserves. Let's rewrite how American women treat the woman who is caught in the crosshairs of a presidential sex scandal. Feminists should rally behind her, support her and treat her like a woman who’s fighting to get her power back. Our future depends on it.