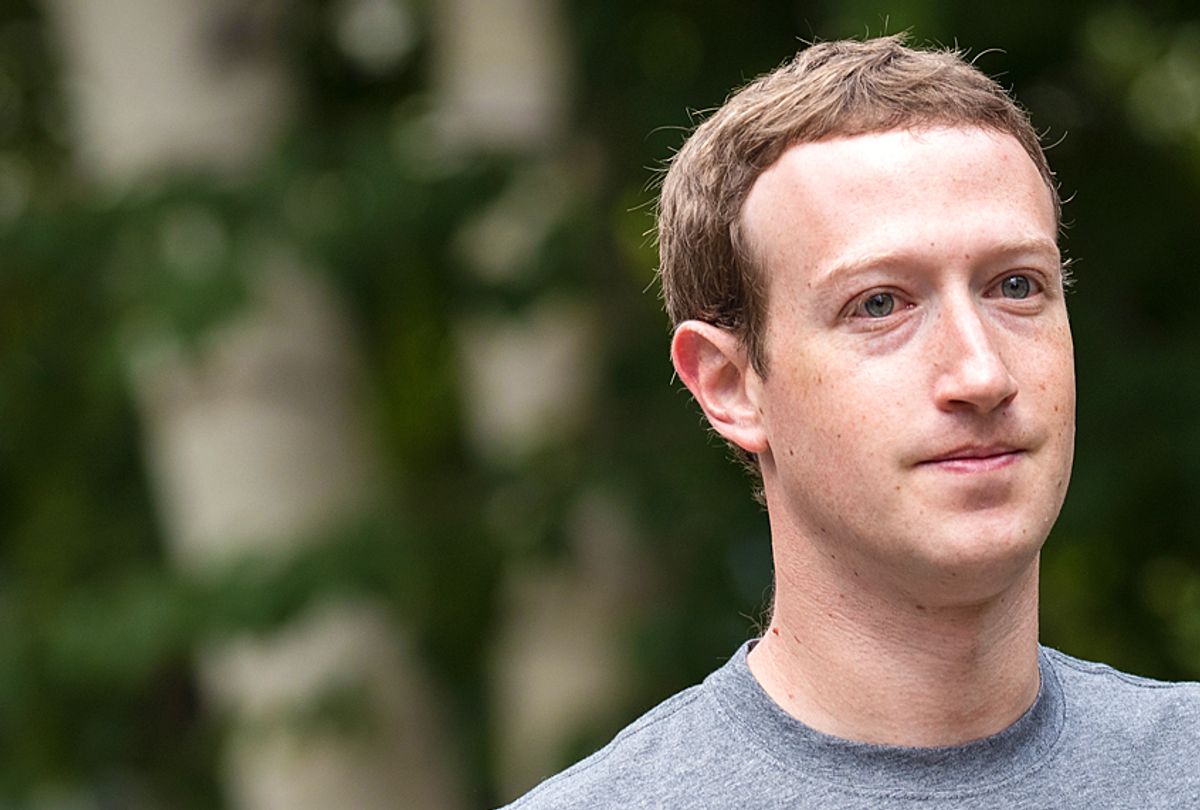 Facebook’s stock hit a six-month low Monday as investors panicked over reports that the social media giant’s highly detailed information on its users had been given to a consumer data company that was closely linked to the 2016 presidential campaign of Donald Trump.

Public shares for Facebook sharply declined as much as 8.1 percent in heavy trading to $170 per share as investors panicked over news that a Cambridge University psychology professor named Aleksandr Kogan had transferred data on over 50 million users that he had obtained for academic purposes to Cambridge Analytica, a British tech firm.

In a Friday post, Facebook general counsel Paul Grewal wrote that Kogan had “lied” to the company about what he had done with the user information that he had collected via an app he developed for use within Facebook that was called “thisisyourdigitallife.” Under Facebook’s terms of use, academics may collect much more detailed data about users and may not transfer the information they glean to commercial or political entities. According to Grewal, the social network became aware that Kogan had transferred highly granular data he had collected on 270,000 users in 2015.

The Facebook attorney did not mention that Kogan’s data also included information on tens of millions of users who were linked as “friends” of these users and that it had taken no steps to verify that Cambridge Analytica and another firm, Eunoia Technologies, had erased the improperly obtained data. Grewal stated that Facebook recently learned that both firms had not done so and that they would be suspended from using its services.

Facebook had already been facing increasing pressure from regulators in Europe and the United States for lax policies regarding political advertising and the ease with which purveyors of fabricated or grossly exaggerated news stories can utilize the platform. Some elected officials have been questioning whether the company can understand the amount of data that it collects in order to properly manage it. According to Facebook, its platform has over 2 billion monthly users and millions of advertisers looking to monetize them.

“I think you do enormous good. But your power sometimes scares me,” Sen. John Kennedy, R-La., admonished a Facebook attorney last October. “You don’t have the ability to know who every one of those advertisers is, do you? Today, right now. Not your commitment, I’m asking about your ability.”

The unauthorized transfer and Facebook’s failure to follow-up may open it up to a bevy of consumer data privacy lawsuits in Europe, which has much stronger regulations on what academic and commercial entities may do with information they collect.

On Friday, David Carroll, an associate professor at the New York-based Parsons School of Design, filed a lawsuit in London against Cambridge Analytica for allegedly violating the United Kingdom’s privacy rules.

“I am concerned that I may have been targeted with messages that criticized Secretary Hillary Clinton with falsified or exaggerated information that negatively affected my sentiment about her candidacy and consequently discouraged me from engaging with the Clinton campaign as a formal or informal volunteer,” Carroll wrote in his plaintiff brief.

The professor filed his suit after he said that Cambridge had failed to give him the source of the information that it had aggregated about him, a violation of United Kingdom data usage laws which require that companies disclose such information when requested by consumers.

No such litigation in the United States has been filed against Facebook as of yet but on Saturday, Massachusetts Attorney General Maura Healey announced that she had opened an investigation into both Cambridge Analytica and the internet behemoth for their relationship.

Facebook is also being sued in a federal district court in San Francisco in a class action matter which alleges that the company had violated an Illinois law which prohibits the unauthorized use of photographs of a person without their permission. The company is being sued for employing software which stores information on Americans for use in labeling posted images in which they appear. Such software is highly restricted in Canada and the European Union but is mostly unregulated in the United States.