An American woman could soon grace the US quarter 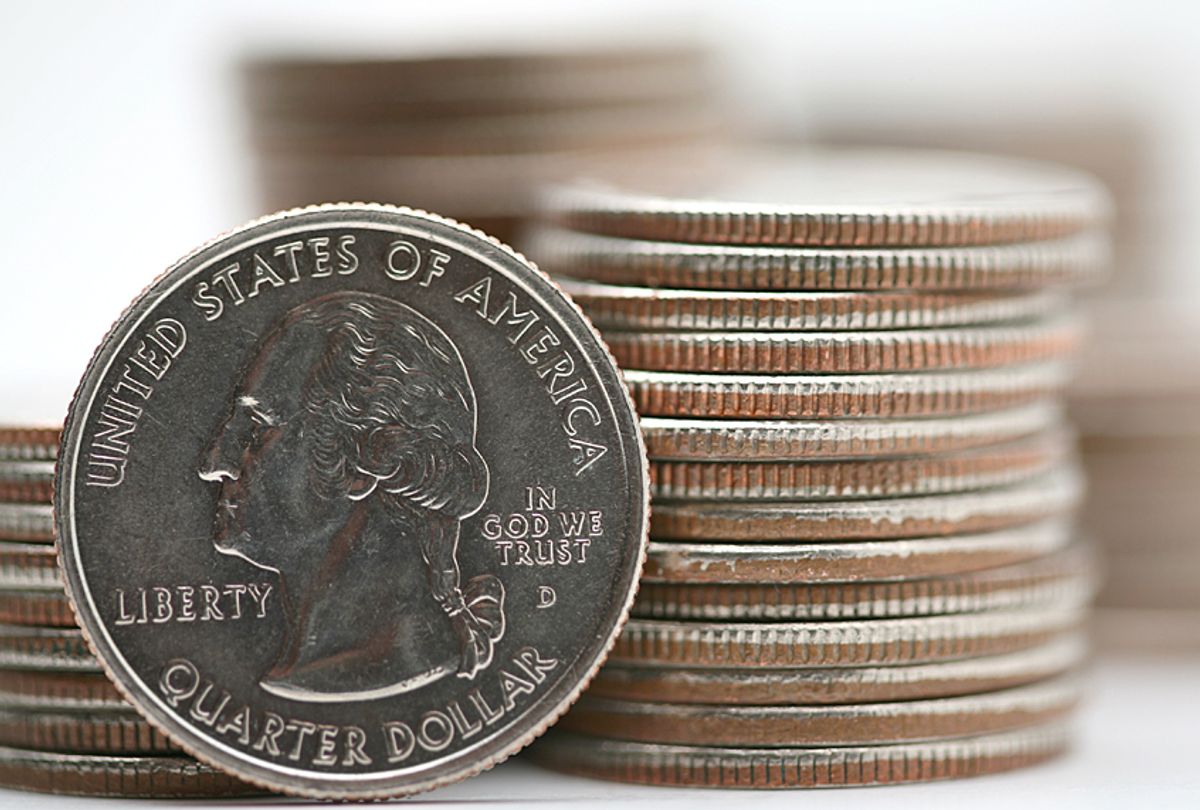 A bipartisan bill proposed during the heart of Women's History Month aims to put a female face opposite former President George Washington on the U.S. quarter, if it becomes law.

U.S. Representatives Barbara Lee, D-Calif., and Bruce Poliquin, R-Maine, introduced a proposal on March 15 that would add quarters that feature influential women from American history to the U.S. Mint's circulation.

"We have so many women, first of all, who are unsung heroes, and their accomplishments haven't been recognized," Lee told CNNMoney. "This bill – and hopefully the coins – will give us a chance to really highlight them and make sure the world really knows who they are and what they have done. I think it's really long overdue."

The coins would resemble the ongoing commemorative collection that features state landmarks on one side and George Washington on the reverse. For this project, however, the U.S. Mint would produce coins featuring a female icon selected by leaders from each of the 50 states, five territories and Washington, D.C.

If the bill passes Congress, it would direct the U.S. Treasury to implement the production of the coins and instruct each state or territory to work with local women's organizations to select its finalist. No living women are eligible, so the women must be deceased, the bill says.

While the first designs could arrive as soon as 2020 – the 100th anniversary of women's suffrage – the coins wouldn't be in circulation until 2021, Lee said. And that's only if the bill moves forward in Congress.

The Democratic representative had worked with former U.S. Treasurer Rosie Rios to draft the bill. Rios, who served under President Obama, is the woman behind the push to add female figures on paper currency.

"I had a whole plan," Rios told CNNMoney. "It wasn't just a woman for the sake of a woman. I knew our timeline [for issuing updated coins and currency] was 2020 – the suffrage centennial. This is about giving half the population the chance to participate."

Former President Obama's Treasury Secretary Jack Lew announced in 2016 that Harriet Tubman would one day replace Andrew Jackson on the $20 bill. She would thus become the first black woman to grace American paper currency, and the first woman in modern U.S. history to appear on a banknote.

Currently, it's unclear whether President Trump's Treasury Secretary Steven Mnuchin intends to carry out Lew's plan. "We haven't made any decisions on whether we will change the bill or won't change the bill," he said during an interview at the Economic Club in Washington.

Nevertheless, Poliquin, the Republican from Maine, expressed optimism about the measure. "I think we're going to have plenty of support," he said. "It's about women in our society, and our country and economy."

While it's still early for states to start the bidding process for potential honorees, the possibility that 56 U.S. women could be memorialized on U.S. currency is a positive step forward in the fight for equality. Women have long been underrepresented on both bills and coins. In the 20th century, only Susan B. Anthony and Sacagawea got a spot.

The only other woman who has adorned modern U.S. currency is Helen Keller. Keller, who was born and raised in Alabama, was featured on her state's version of the quarter in 2003. The breakthrough occurred as a result of the state quarter design series, which is the blueprint program for the women quarters. And it remains possible that Keller would be honored for a second time this go around — should the bill pass.