There are two children's books on store shelves about a bunny named Marlon Bundo, and they are not the same 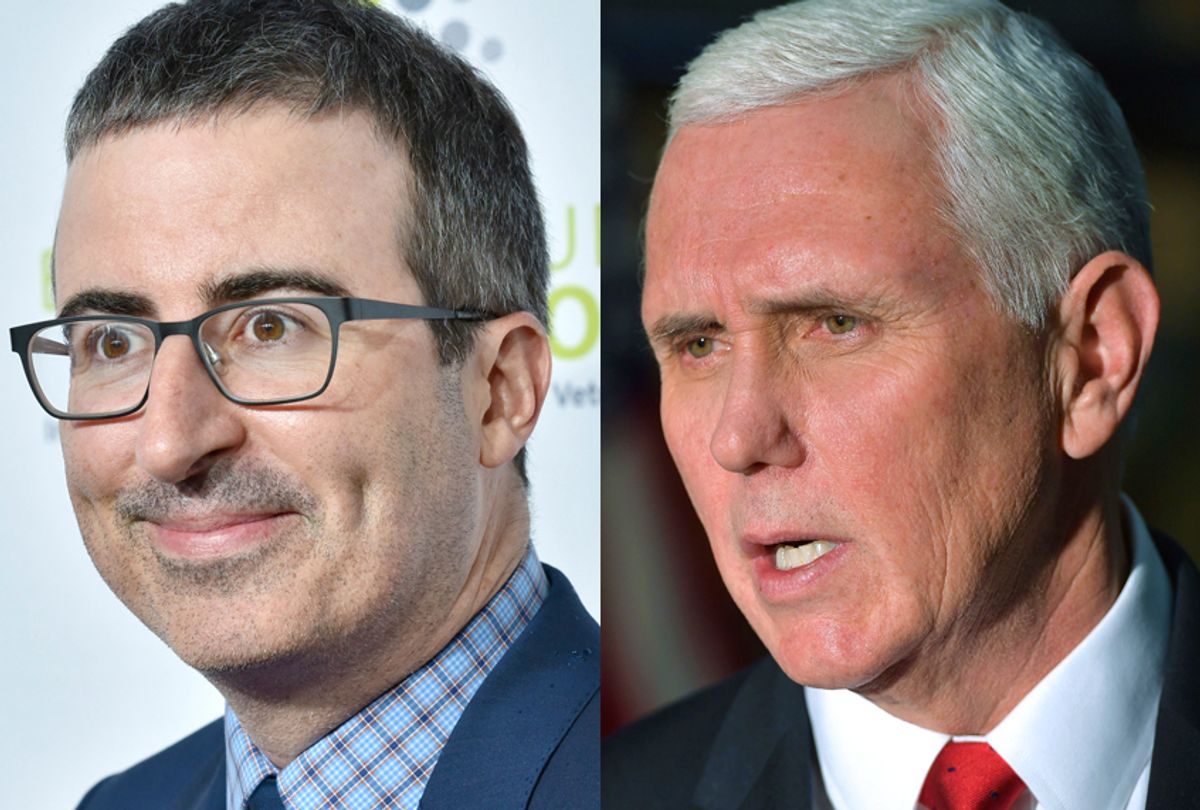 There are currently two children's books on store shelves about the family pet of Vice President Mike Pence, a bunny named Marlon Bundo, and they are not the same. There is the Pence family's original version, "Marlon Bundo's Day in the Life of the Vice President," and John Oliver's spoof, in which Marlon Bundo is gay.

"Last Week Tonight with John Oliver Presents a Day in the Life of Marlon Bundo" is far outpacing its Pence counterpart in terms of sales. Written by Jill Twiss and illustrated by EG Keller, it ranked as the No. 1 best-seller on Amazon, where its hardcover version was temporarily out of stock, as of Monday afternoon. Meanwhile, the Pence version, written by the vice president's daughter Charlotte and illustrated by his wife Karen, sat squarely behind in fourth place.

"Oliver unveiled the book on Sunday night after a segment detailing Pence’s longtime hostility to the LGBTQ community," HuffPost reported. "Not only does the show’s book feature a gay rabbit ― and a stink bug villain that looks suspiciously like Pence ― but proceeds from its sales will be donated to the Trevor Project, which supports LGBTQ youth, as well as the AIDS United charity." The proceeds from Pence's book, in turn, go to both Tracy's Kids, a program that brings arts to kids with cancer, and A21, an organization that fights human trafficking.

In general, the Pence family is taking the competition in humor and stride. On Marlon Bundo's official Instagram profile (because of course it has its own account), Oliver is tagged in a photo that is captioned: "Not gonna lie, I do look pretty fly in a bow tie. The only thing better than one bunny book for charity is...TWO bunny books for charity."

@lastweektonight @iamjohnoliver Not gonna lie, I do look pretty fly in a bow tie. The only thing better than one bunny book for charity is...TWO bunny books for charity. #BOTUS - Marlon

During an appearance on Fox Business Network to promote the children's business, Charlotte Pence kept things diplomatic when asked about the competition. "I mean, I think you know, imitation is the most sincere form of flattery in a way," she said. "But also, in all seriousness, his book is contributing to charities that I think we can all get behind. We have two books giving to charities that are about bunnies, so I’m all for it really." Karen Pence, who sat next to her daughter, remained mum on the matter.

A Republican lawmaker from Pence's hometown offered a far firmer take. "Sad to see John Oliver belittle Mike Pence's faith and mock a children's book the Pence family wrote together," Indiana Rep. Luke Messer wrote on his Facebook page. "More proof of how out of step media elites are with most Americans."