"If we just get rid of Trump, and return to what it was like the day before Trump, how were things then?" 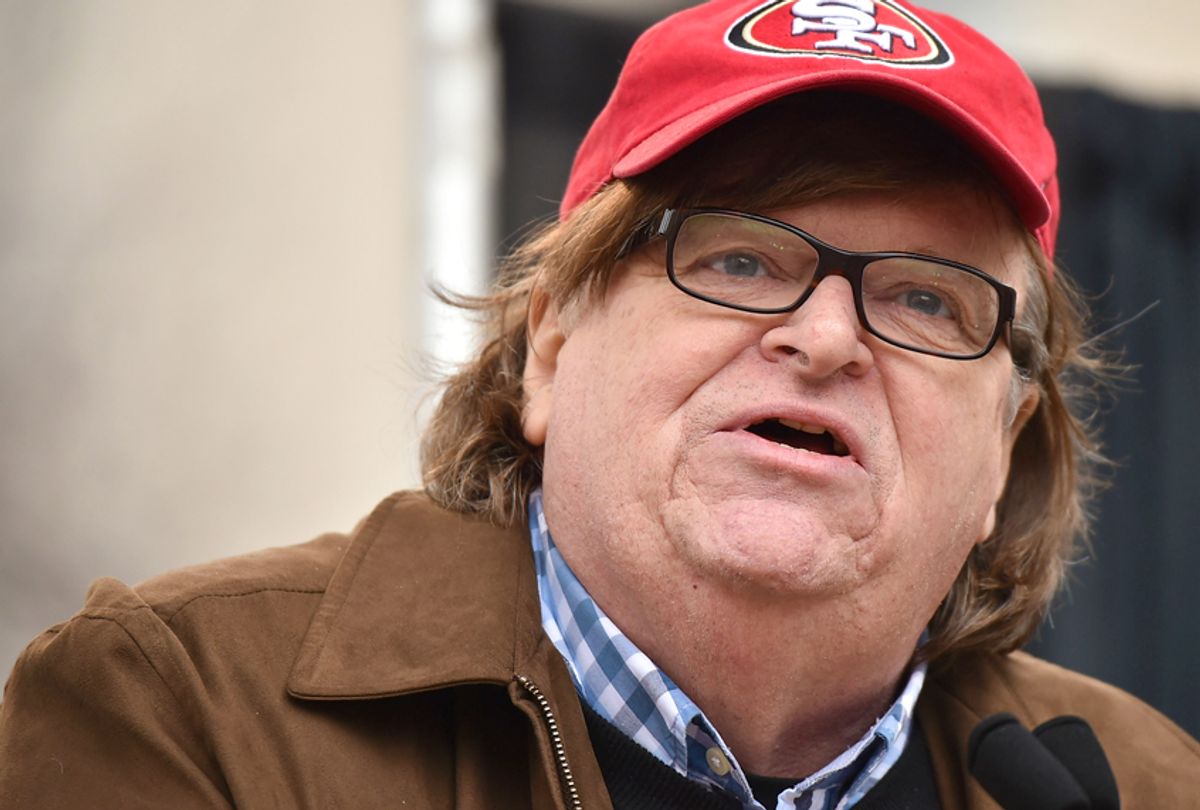 Filmmaker and adamant progressive Michael Moore is blasting the "corporate media" for focusing on scandalous and sensational stories such as the Russia investigation and President Donald Trump's legal battle with adult film actress Stormy Daniels.

The remarks came during a live town hall event about economic inequality that was organized by 2016 presidential candidate Bernie Sanders. The event, which was live-streamed on Monday night, was viewed by more than 1.7 million viewers, according to the Huffington Post.

"You turn on the TV, and it’s 'Russia, Russia, Russia!'" Moore said. Sanders chimed in, "And don’t forget Stormy Daniels!"

"These are all shiny keys to distract us," Moore continued. "We should know about the West Virginia strike. What an inspiration that would be. But they don’t show this, Bernie, because, what would happen if they did?"

This sentiment from progressives has often been interpreted as a lack of care or concern for all things Russia-related. But they made it clear on Monday that wasn't the case, and perhaps, offered a more sober perspective that looks further than just Trump.

"What I would say to our friends in the corporate media: Start paying attention to the reality of how many people in our country are struggling economically every single day, and talk about it," Sanders advised. "In recent years, we have seen incredible growth in the number of billionaires, while 40 million Americans continue to live in poverty and we have the highest rate of childhood poverty of almost any major country on earth."

Sanders continued: "We have to fight Trump every day. But we have to not lose our vision as to where we want to go as a country. We can talk about the disastrous role Russia has played in trying to undermine American democracy. That is enormously important. But we also have to talk about the fact that we have the highest rate of child poverty in any major economy of the world."

The two also made it clear whom the culprit for such a vast wealth gap may be. The nation's three wealthiest men, Jeff Bezos Bill Gates and Warren Buffet were "singled out as contributing to the widening wealth gap," The Guardian noted. Also named was the influential lobbyist group the American Legislative Exchange Council, and longtime major GOP donors Charles and David Koch, known as the Koch brothers.

Moore also warned of merely focusing on issues related to Trump, and not on factors that contributed to his electoral victory that look further than just the 2016 election.

"With that in mind, I want to make this clear," Moore explained. "If we just get rid of Trump, and return to what it was like the day before Trump, how were things then? With healthcare? With poverty? We have to move forward. And we have to provide the leadership and vision to make that happen."

Moore expressed the need to reach out to non-voters, and those who have chosen apathy in the past. "The biggest party is the non-voters' party," he said. "They aren’t going to vote, unless you give them a reason to vote."

He continued, "It’s so important that we hold the people who say they’re for the people ― hold their feet to the fire! And if they’re not going to do the job they say they’re going to do, let’s get somebody else."

The event was made available online via media outlets such as NowThis, The Young Turks and Act.tv., The Guardian noted. The British daily newspaper also acted as "media partner" for the event. Moore and Sanders were joined by other prominent progressives Sen. Elizabeth Warren, D-Mass., as well as economist Darrick Hamilton.