Another terrible privacy law: Why do Trump's critics in Congress keep giving him more power?

A new bill in Congress would strip away still more data-privacy rights, in secret. Many Democrats are backing it 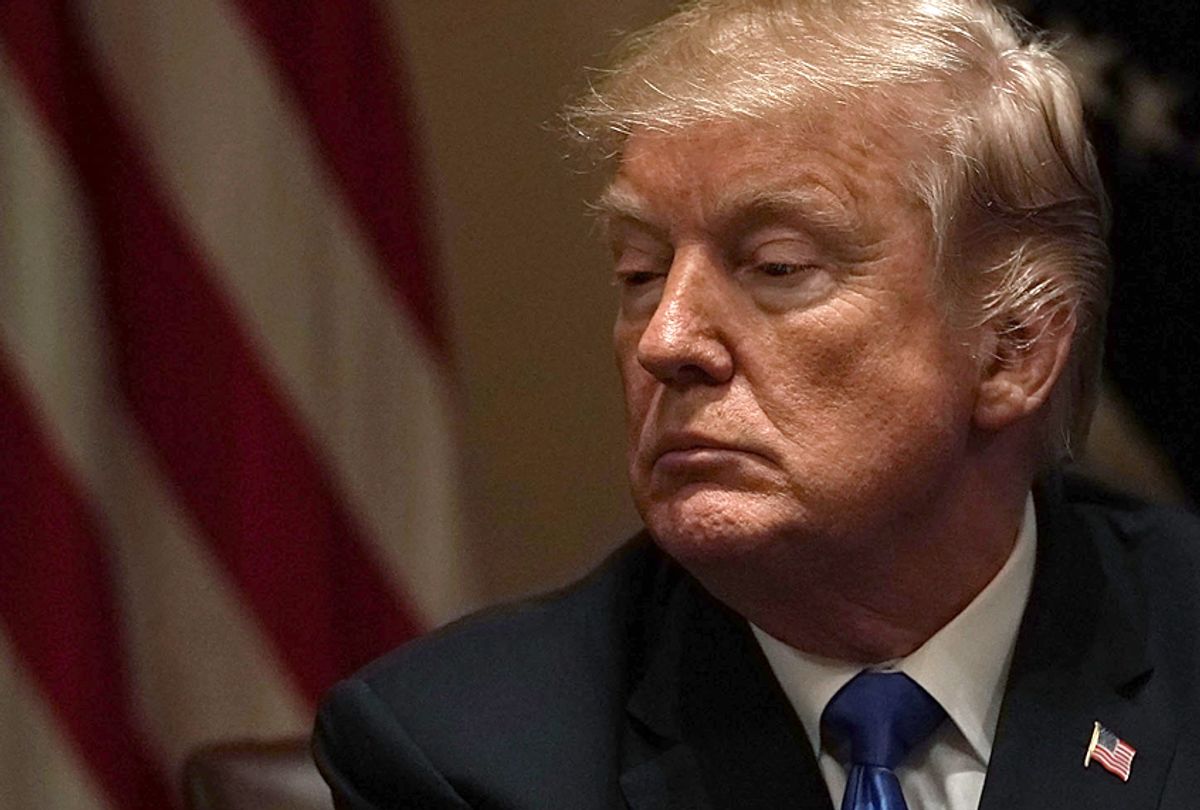 To listen to the some of his critics, President Donald Trump is a danger to the republic, a man prone to abuse of power, perhaps even a would-be dictator.

In a January speech, Sen. Jeff Flake, R-Ariz., compared Trump's rhetoric to that of Soviet dictator Joseph Stalin after the president described journalists as "enemies of the people," arguing that Trump has been "charting a very dangerous path" for America. In February, Rep. Hakeem Jeffries, D-N.Y., all but accused several Trump associates of treason for their interactions with Russia during the 2016 election.

Despite their tough talk, many of Trump's most vociferous critics keep voting to give him more power. In January, for instance, Flake and many members of both parties voted to reauthorize and expand warrantless surveillance of American citizens.

Now, several members of Congress, including both Flake and Jeffries, have decided to co-sponsor a new bill called the CLOUD Act that has many civil liberties advocates alarmed. It would allow the U.S. and foreign governments to enter into secret agreements that would permit the exchange of intercepted emails, calls and chats from citizens -- without judicial warrants.

The idea behind the legislation is that such agreements would accelerate counter-terrorism campaigns and criminal investigations by eliminating the various layers of privacy protections found in different countries.

"We are witnessing massive growth and adoption of cloud technologies, yet laws governing cross-border access to data predate even widespread use of email," Rep. Suzan DelBene, D-Wash., told Salon. "The status quo is unsustainable, and it is failing consumers, law enforcement and U.S. companies alike. While no piece of legislation is perfect, the CLOUD Act would be a marked improvement on the Wild West that exists today, and I hope we can move this legislation without further delay."

While the bill might indeed expedite criminal and terrorism investigations, as currently crafted, the legislation would also create a loophole for U.S. law enforcement officials to obtain private information about Americans without a warrant.

The United States and other countries can enter into information-sharing agreements under current law, but such agreements are considered treaties and as such must be ratified by the Senate under the Constitution. If the new bill becomes law, the attorney general and secretary of state can work out executive agreements with other countries on their own. Congress would only be notified after the fact -- and federal judges would be explicitly prohibited from reviewing them.

As currently written, the CLOUD Act allows foreign governments to collect data about their own citizens, which might also include information about Americans, and then share it with U.S. law enforcement agencies, who would then be free to use it to bring charges against American citizens. The whole process is a "back door around the Fourth Amendment," according to David Ruiz of the Electronic Frontier Foundation.

Last week, a coalition of 24 civil liberties and human rights groups wrote an open letter to Congress expressing their opposition to the legislation. Among them were the American Civil Liberties Union, Amnesty International USA, Equality California, Human Rights Watch, the National Association of Criminal Defense Lawyers and People for the American Way.

"This bill is a sea change in American privacy law," Neema Singh Guliani, a legislative counsel with the ACLU, told Salon. "I think it is surprising that members of Congress -- Democrat or Republican -- would want to put this much power in the hands of the executive branch and cede their own authority."

The CLOUD Act does give Congress the ability to pass laws overturning the secret intelligence-sharing agreements, but the process the bill lays out is a laborious one involving multiple committees and restrictions on who can introduce legislation. In addition, the legislation explicitly forbids federal courts from ruling on them via a rarely used congressional power commonly referred to as jurisdiction stripping.

"A determination or certification made by the Attorney General under subsection (b) shall not be subject to judicial or administrative review," the House version says.

Sen. Ron Wyden, D-Ore., a longtime civil liberties watchdog, warned his fellow Democrats that the CLOUD Act would open up new ways for a president to abuse his or her power, in a tweet last week:

"The CLOUD Act will give Trump -- or any president -- far too much power to approve surveillance agreements with human rights abusing foreign governments without real oversight by Congress," he wrote.

The bill contains language stipulating that the executive branch must consider human rights in its decision-making process. But there are no clear definitions of the terms in the text of the actual legislation (excerpted below) beyond some general descriptions that a foreign government must have:

Beyond the fact that religious and sexual liberties are not mentioned, the terms that are mentioned are not specifically defined. That matters because some countries have far more limited press freedom, or allow for civil rights exemptions under a wide array of circumstances. Some countries, such as the United States, include a right to an attorney as part of a fair trial. Others do not. Whose standard would the Trump administration utilize? And how would Congress or the public ever know?

That's even more significant in light of the fact that President Trump himself has repeatedly endorsed the concept of torturing suspected terrorists, once saying that "we have to beat the savages," during a 2016 interview with CNN.

"We have to play the game the way they're playing the game. You're not going to win if we're soft and they're, they have no rules," Trump said.

Since becoming president, Trump has nominated several people involved in crafting the George W. Bush administration's torture policies to prominent posts, including CIA Director-designate Gina Haspel and Department of Transportation counsel Steven Bradbury, who wrote memos defending the Bush policies while at the Justice Department. Trump has also said publicly that he does not believe that waterboarding is torture and that he wants to execute drug dealers.

“I mean, torture is real torture, OK? Waterboarding is — I'm sure it's not pleasant, but waterboarding was just short of torture,” he said in a January 2017 interview with Fox News.

Congressional Democrats say they are aware of concerns from civil liberties groups about the CLOUD Act but claim they will be addressed as the legislation moves forward.

"To the extent concerns remain among some in the privacy community, there are ongoing and substantial discussions currently taking place designed to incorporate additional protections into the bill before it is considered in committee or by the entire House," a source close to the House Judiciary Committee Democrats told Salon.

At this writing, the CLOUD Act has five Democratic co-sponsors in the Senate: Chris Coons of Delaware, Sheldon Whitehouse of Rhode Island, Jeanne Shaheen of New Hampshire, Amy Klobuchar of Minnesota and Mark Warner of Virginia.

The bill's original authors in the Senate are Sens. Orrin Hatch, R-Utah, and Lindsey Graham, R-S.C., along with Coons and Whitehouse.

"Today, information travels around the globe with a single click and can end up housed in a foreign country with very different rules for dealing with that information," Davidson said in a statement. "That’s a big problem for law enforcement and privacy advocates alike. The CLOUD Act helps both. It will help investigators track terrorists or criminal activity in countries Congress finds have strong rule of law, transparency, and procedural safeguards, including the type of privacy protections U.S. citizens expect. This is a strong international incentive to expand those civil liberties protections."

Coons, meanwhile, hailed the technology industry and government agencies for their support for the CLOUD Act in a February statement, saying he was "proud to join Sens. Hatch, Whitehouse, and Graham in advancing legislation that protects data across borders and encourages fair treatment by our international partners."

In the House, Jeffries, DelBene and Rep. Val Demings of Florida are the Democratic co-sponsors of the bill. None of their communications staffers would respond on the record for this story.

Representatives for Sen. Jeff Flake did not respond to requests for comment.