Turnover and turmoil do not a good legal defense team make 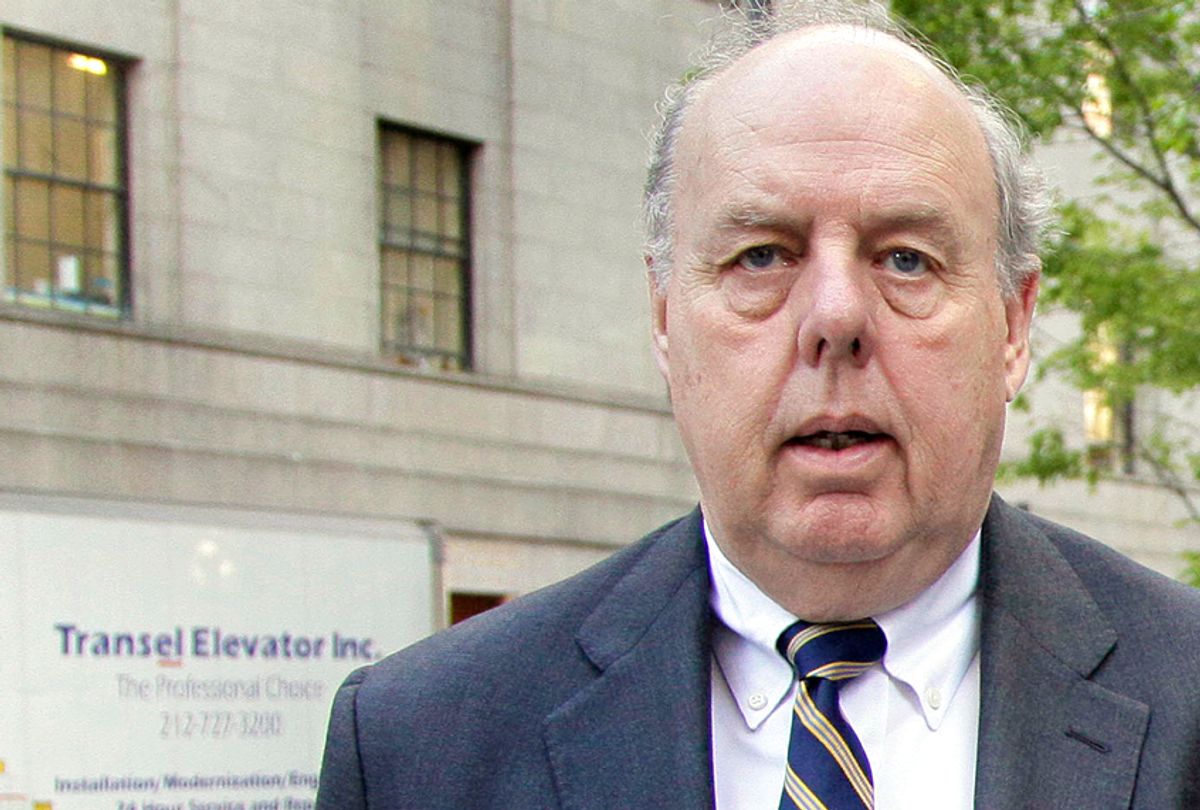 FILE - In this April 29, 20111, file photo, attorney John Dowd walks in New York. Dowd, President Donald Trump's lead lawyer in the Russia investigation has left the legal team, is confirming his decision in an email to The Associated Press. Dowd says he "loves the president" and wishes him well. (AP Photo/, File) (AP/Richard Drew)
--

A source close to the matter told the New York Times that Dowd left because Trump had "ignored" his advice. Previously, reports surfaced that Dowd had considered leaving the legal team a couple times previously because he allegedly felt he had no influence over Trump’s conduct. Dowd denied this, while Trump himself took to Twitter on March 11, 2018 to reassure the public everything was running smoothly regarding his legal team.

However, in Dowd’s comments to the New York Times on Thursday, he said that he still believed in Trump’s case, and expressed his “love” for Trump despite leaving.

“I love the president,” Dowd told the New York Times. “I wish him the best of luck. I think he has a really good case.”

Did Dowd resign — or was he given an ultimatum by the president? Given the White House's purposely obfuscatory communication nature, we may never know. However, what we do know is that Dowd’s departure emphasizes Trump’s growing uneasiness regarding Mueller’s probe, and his impulse to nix anyone who isn’t laser-aligned with his views.

Moreover, Dowd's departure could have something to do with a public gaffe Dowd made several days ago. Indeed, following the news that former F.B.I. deputy director Andrew McCabe was fired, Dowd publicly requested for an end to the Mueller probe.

"I pray that Acting Attorney General Rosenstein will follow the brilliant and courageous example of the FBI Office of Professional Responsibility and Attorney General Jeff Sessions and bring an end to alleged Russia collusion investigation manufactured by McCabe's boss James Comey based upon a fraudulent and corrupt dossier," Dowd said in a statement to CNN.

Dowd's gaffe was that at first, he reportedly told The Daily Beast he was speaking on behalf of President Donald Trump when giving the statement; later on, he retracted that attribution.

On Monday, reports surfaced that a shakeup of Trump's legal team was imminent after news broke that Trump hired Joseph E. diGenova, a lawyer whom Salon columnist Heather Digby Parton characterized as "a GOP hitman and conspiracy-mongerer" with a long history of taking up the mantle of questionable right-wing conspiracy theories. Digby Parton noted previously that Trump may not be aware that diGenova previously expressed the legal opinion that a presidential indictment could be a positive thing for the United States.

While the recent shakeups have risen eyebrows, legal team turmoil could mean that Trump is less capable of defending himself against Mueller's probe, should the president become the focus. Turnover, disagreements, and fear of one's boss don’t always create the best foundation for a legal defense.