"Portlandia": The end of the Rose Route

Portland has changed, but the IFC comedy remains true to its stubbornly weird roots to the very end 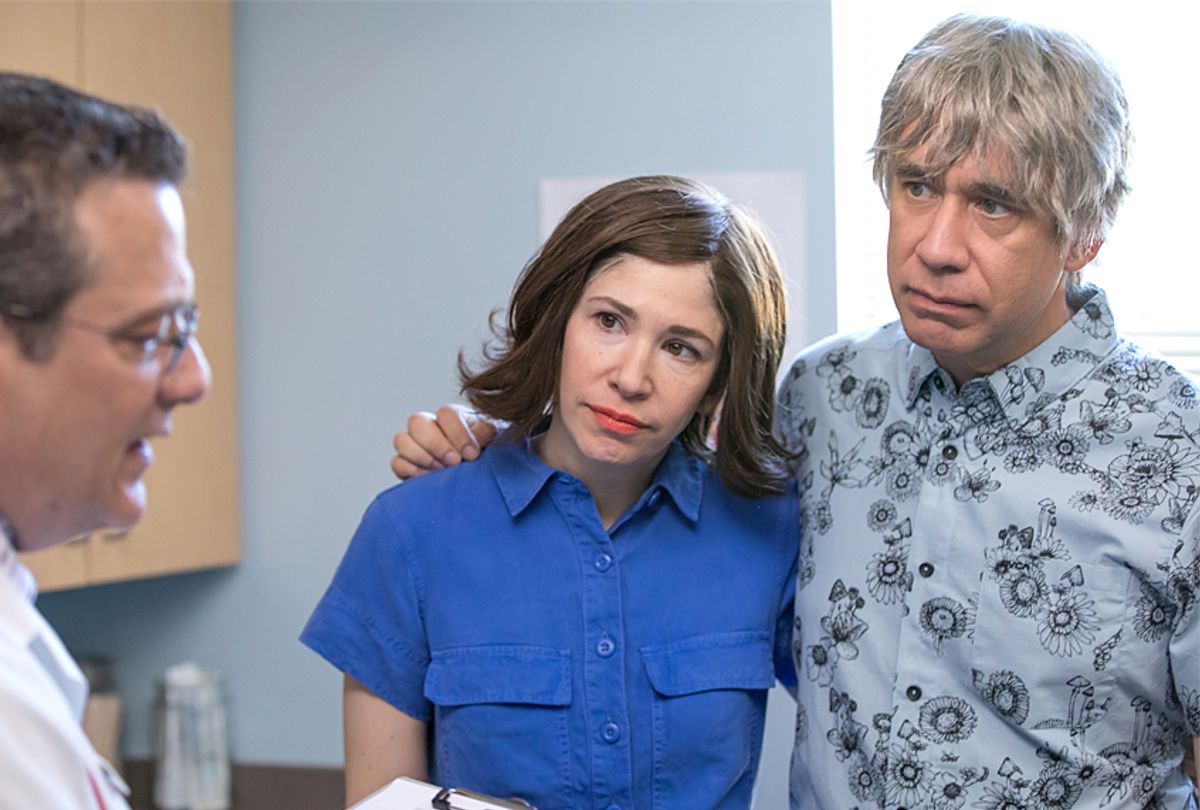 The passage of time and progress sometimes conspire to ruin a city’s primordial magic. Those of us who live throughout the Pacific Northwest have witnessed this truth. Slowly but steadily our regional weirdness has faded into an urbanized normalcy enabled by an influx of transplants and tech companies. Some of us came here for the trees, mountains and sturdy small houses only to find ourselves living in the shadow of condos.

Even so, the version of Portland, Oregon seen over the eight seasons of IFC’s “Portlandia” is a place that doesn’t need to fight the fade. Its weirdness is irrepressible and eternal; even Fred Armisen and Carrie Brownstein’s Goth couple Jacqueline and Vince concern themselves with the same mundane distractions as dowdy Peter and Nance.

Still, we know enough about these characters to sustain our interest throughout repeat airings — which is a decent indication that perhaps the series’ ending has arrived right on time. Portland may still be a hotbed of picky, eco-conscious, foodies and bizarre pop-up stores, but it long ago ceased to be a city where young people go to retire. And the penultimate episode’s central pop theme was a jaunty tune hanging on the refrain, “Let’s give up/ Let’s all give up now!” Carrie and Fred weren’t talking about the series, they were referring to the world.  “The less you care,” Fred advises his friend, “the happier you’ll be.”

That’s not entirely true of this finale season, coming to a close Thursday at 10 p.m. on IFC. If anything Brownstein, Armisen and their fellow executive producer Jonathan Krisel have proven throughout these final ten episodes that “Portlandia” cares deeply about the town it calls home and the ways the world is changing it. Every character received a fond send-off, a number of them doing so from the viewpoint of a garbage can that went AWOL from the home of the series’ Goth couple. (Symbolic much?)

This last splash hasn’t been interested in smoothing over the less attractive qualities of its denizens and the rampant self-satisfied nature of PC culture in general, either. Prior to its premiere, Brownstein characterized this last season as being informed by the overwhelming sense of disaster and doom hanging over the planet.

True to that idea, these final episodes included dark skits positing that the shallow permissiveness of our “you do you” philosophy enable evil to flourish; that the dominant culture’s sensitivities over racial homogeneity  (personified in Portland by its mayor, Kyle MacLachlan) gets in the way of addressing racial conflict in a meaningful way. Even the show’s fictionalized versions of its stars can barely put a bow (or a bird) on the supposed benefit of working the gig economy as they talk to kids on career day in one sketch. Yes, it’s funny. Ha ha. And unless things change, it also portends a tough tomorrow for the elementary schoolers they’re chatting with.

There is all this, along with ludicrous sketches about, say, our unnatural attachment to celebrities via the filter of social media and the tyranny of gratuities for expensive non-essential services. To the end “Portlandia” bounces between darkness and bubbly light quickly enough to make a point without injuring anyone with perceived barbs, a skill not easily duplicated in half-hour comedies. But then, Portland is a destination unto itself, a burg bursting at the seams with walking parodies who embrace the town’s demonstrable lunacy with blind enthusiasm.

The show’s affectionate finale season methodically says toodle-loo to all of this, warning of scarier days ahead while acknowledging that the city is still a place of plenty. The essence of what makes “Portlandia” great and Portland so very good remains alive to its very end, in a finale that remains true to the core of the series and its devotion to the timelessness of its weirdness. Before the season Brownstein promised to leave fans feeling good about its departure. In the end, the show did something better: it guarantees that we’ll want to visit time and again, regardless of what the future holds.