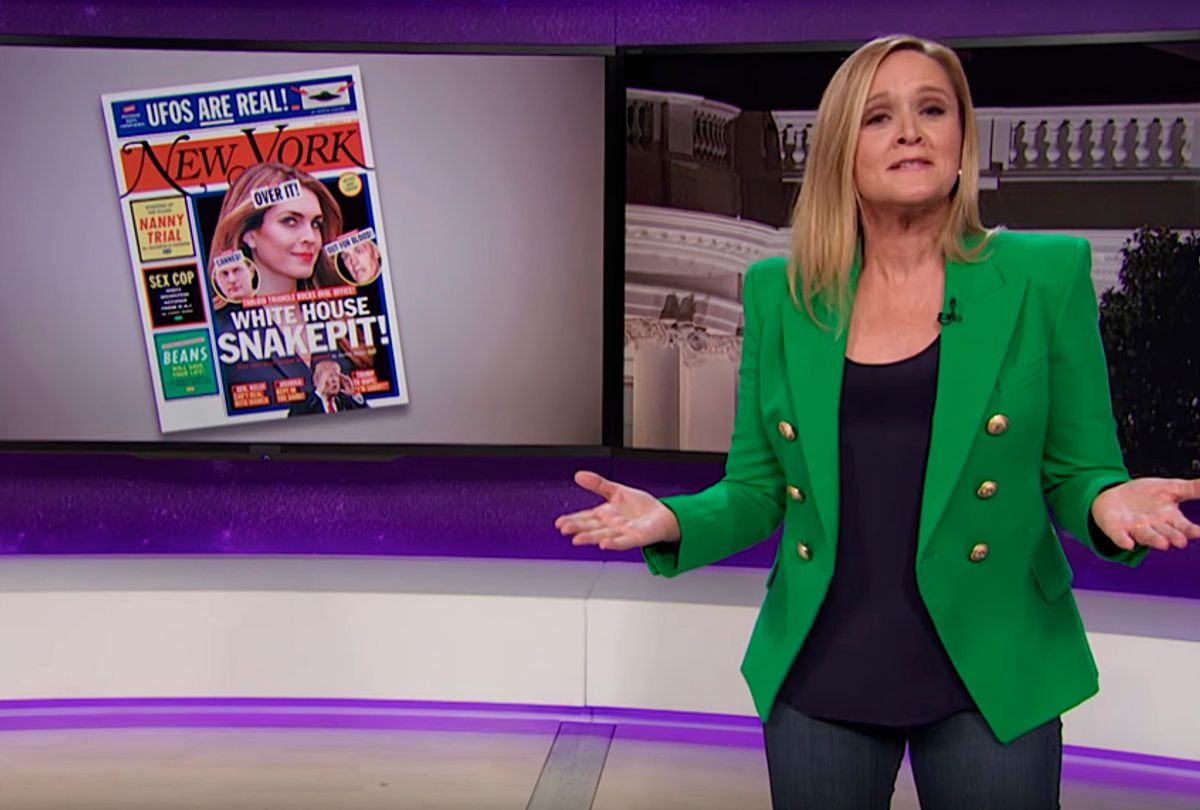 "I cannot let another week go by without saying, f**k you, Hope Hicks," Bee began.

"I've never talked much about Hope, because unlike every other member of the Trump orbit, she doesn't careen onto our television screens, lobbying lies and racial invectives every damn day," Bee explained. "But that doesn't mean she should get a pass."

Bee suggested the 29-year-old is not any less disgraced than other White House staffers like Kellyanne Conway or Sarah Huckabee Sanders, and that the well-compensated Hicks is in no way a victim of Trump's turbulent administration.

"According to a recent New York magazine profile, Hope doesn't particularly like politics," Bee said. "Reportedly, she only left the White house because she hated the personal infighting, not because of, say, Charlottesville. But not before baking cookies for her co-workers with notes in silver gel-pen, so at least we'll all know what it'd look like if Zooey Deschanel joined the alt-right."

The "Full Frontal" host continued to blast the former West Wing aide, arguing that her white complexion would ultimately shield her from facing the consequences of her time at 1600 Pennsylvania Ave.

"Hope Hicks, thanks to your force-field of bland, pretty whiteness, you'll probably escape this nightmare presidency unscathed," she said. "You'll disappear into a nice, wealthy anonymity in a nice town somewhere, and someday you'll go to the gates of the nice, white Protestant heaven, where St. Peter will laugh in your face and say, 'You think you're getting in here? You helped burn democracy, b*tch. Get your ass downstairs.'"

"See you around the baking isle, Hopey," Bee said, mocking Trump's nickname for his adviser.

Hicks is set to officially leave the White House next Wednesday or Thursday, New York magazine's Olivia Nuzzi reports. Trump has publicly praised Hicks as "fantastic" and said that he could not have asked "for anything more." The low-profile but influential aide would become known as the "Trump whisperer."

"She's the only person he trusts," New York magazine reported. "He doesn't trust any men and never has. He doesn't like men, you see. He has no male friends."

Hicks had reportedly considered leaving her post at the White House for months. Regarding her exit, she allegedly told colleagues that she felt she had accomplished all that she could during her tenure with the Trump administration and that there would never be a right time to leave.

In a statement, Hicks said: “There are no words to adequately express my gratitude to President Trump . . . I wish the President and his administration the very best as he continues to lead our country.”

Watch the full segment below.