Team Trump's smear campaign against Mueller gets serious: Will he survive?

Now the right launches a last-ditch crusade against Mueller's integrity, as Trump (again) contemplates firing him 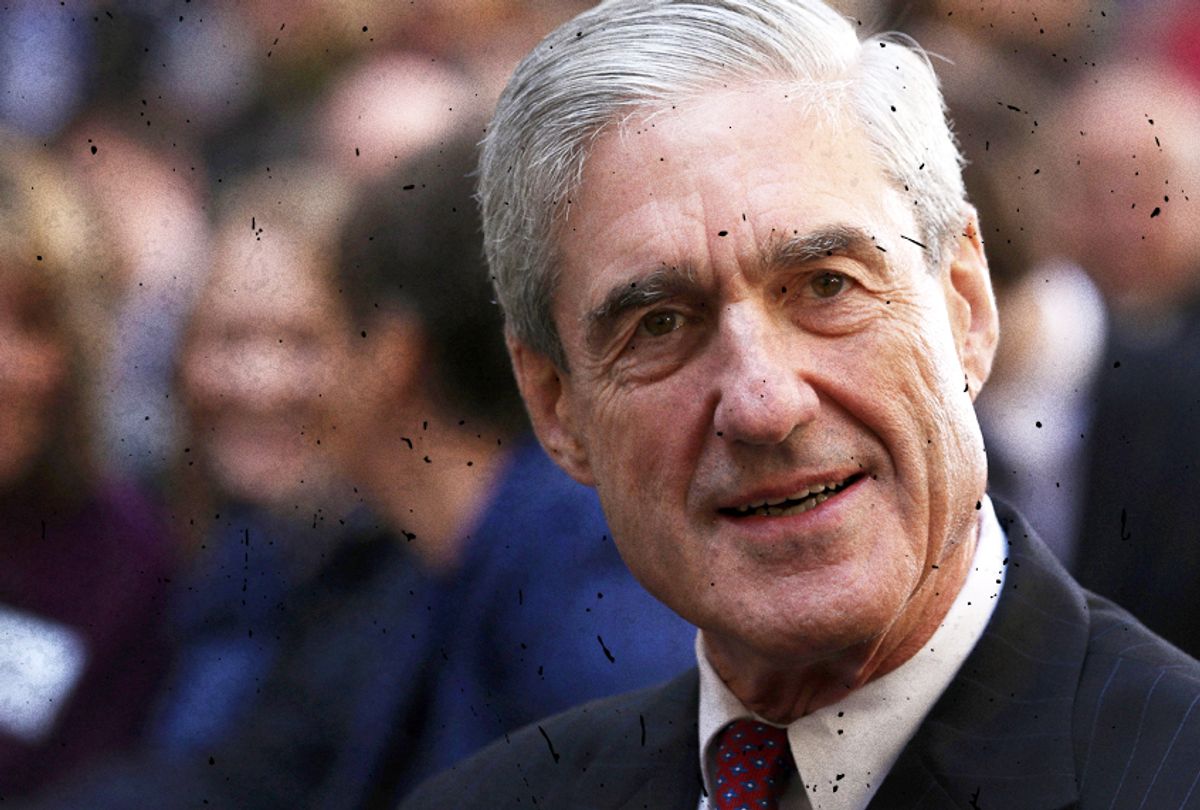 After Attorney General Jeff Sessions recused himself from the Russia investigation last spring and Deputy Attorney General Rod Rosenstein named Robert Mueller as special counsel, the most common reaction across the political establishment was relief. This tweet from former House speaker and staunch Trump ally Newt Gingrich perfectly represents the bipartisan consensus at the time:

It wasn't long however, before Republicans changed their tune. When it was reported that Mueller and his team were looking into obstruction of justice, the right wing did a U-turn and Gingrich was on the radio agitating for the special counsel's office to be shut down because James Comey "makes so clear that it's the poison fruit of a deliberate manipulation by the FBI director leaking to The New York Times, deliberately set up this particular situation. It's very sick."

Conservative talk show host Laura Ingraham suggested that Trump's legal team should question the constitutionality of Mueller's probe, calling it "an abomination." The White House even issued talking points instructing its surrogates to insist that if Mueller's office was looking at obstruction it meant he had "struck out on collusion," and then to whine about how long the investigation was taking:

We know now that the president actually tried to fire Mueller during this period, but withdrew the order when White House Counsel Don McGahn threatened to quit.

I wrote a Salon column at the time suggesting that the right was using a well-worn playbook to discredit the prosecutor, and I assumed that was the beginning of an energetic strategy to degrade Mueller's reputation and provide an argument for Trump to fire him. But it didn't happen, at least not then.

When Trump hired new attorneys John Dowd and Ty Cobb last June and July, the White House attacks on Mueller stopped and the president's defenders redirected their ire toward the FBI and Department of Justice. You may recall a report from Foreign Policy magazine last January revealing that after Dowd told Trump that "the potential corroborative testimony of the senior FBI officials in Comey’s account would likely play a central role in the special counsel’s final conclusion," the president instructed his senior aides to devise a campaign to discredit those officials.

Those officials included former FBI Deputy Director Andrew McCabe, Comey's former Chief of Staff Jim Rybicki and former FBI General Counsel James Baker. As we all know, McCabe was recently fired, just before he would have qualified for full retirement. Rybicki has left the bureau for a job in the private sector. Baker has been moved to another department by new FBI Director Christopher Wray.

Trump himself famously led the charge against McCabe, repeatedly taunting him on Twitter and making it clear that he wanted him fired before he could retire. He was backed up by all the shouters in the right-wing fever swamps, to the point where it became an article of faith among the Trump true believers that McCabe was an enemy of the state. Trump himself delivered the official talking points after McCabe was fired:

Trump hadn't tweeted anything about Mueller by name since last June, but he let fly this past weekend. He wrote that the "Mueller probe should never have been started" and wondered "why does the Mueller team have 13 hardened Democrats, some big Crooked Hillary supporters, and Zero Republicans?" (Mueller himself is a Republican, as is his boss Rod Rosenstein.)

It was also announced that Trump had hired a longtime right-wing legal hitman, Joe diGenova, which was widely assumed to be for the purpose of taking the fight to television. As I wrote on Monday, diGenova has been flogging a kooky conspiracy theory that the FBI covered up Hillary Clinton's crimes and then framed Trump when she failed to win the presidency. So it's unlikely he will be restrained when it comes to criticizing the Mueller investigation in the media.

Now the anti-Mueller crusade has officially begun. On Tuesday night, Fox News host and Trump confidant Sean Hannity threw down the gauntlet with a scorching rant:

Everybody says, ‘He’s the greatest guy in the whole wide world. Just trust us!' Well, members of Congress, the mainstream media, they’ve been trying to convince you the special counsel — he is beyond reproach. Sort of like climate change. "Oh, nobody disagrees with us. No scientist does." That’s not true either! Well, we’ve been doing some digging and we found some things you need to know about.

Hannity went on to mention the Whitey Bulger case in Boston, in which the FBI was found to have covered up for the organized-crime leader who was also serving as an informant. Four men were wrongfully convicted of murder in the 1960s as part of this conspiracy. From 1982 to 1988, Mueller was an assistant U.S. attorney in Massachusetts, under fellow Republican and future Massachusetts governor Bill Weld, and served as acting U.S. attorney for about a year after Weld departed. Hannity and other Trump allies are claiming that means Mueller must have been in on the Bulger cover-up, which extended into that period. “They’ve never investigated him! They’re actually just lying! It’s their talking point!” he shrieked.

None of this is news. Mueller has served as acting deputy attorney general, assistant attorney general for the criminal division of the Department of Justice and FBI director, all of which require Senate confirmation. The fact that the Trump defenders are just now throwing this out there indicates they've been saving it for the right moment.

On the heels of Hannity's broadside, Trump's favorite O.J. Simpson lawyer, Alan Dershowitz, wrote an op-ed saying that the special counsel should never have been appointed in the first place. Trump eagerly paraphrased it and tweeted out his own version on Wednesday morning.

Then Rep. Louie Gohmert, R-Texas, a noted right-wing gadfly, went on a wild tirade about how "people have not done their homework on who Robert Mueller really is." He claimed that Mueller "is covering his own rear and his own problems that he created in allowing U.S. uranium to be sold" and had damaged the FBI with "the thousands of years of experience he ran off that might could have helped guide some of these wayward FBI agents away from the path they took." No, I'm not sure what that means either. Gohmert is a fringe character, but the fact that he too is spouting the line that Mueller hasn't been adequately vetted suggests that it's been rehearsed and tested.

Republicans have demonstrated in living color that they have lost the ability to choose competent leaders and govern effectively, but let's give them credit: They've always had a talent for dirty tricks and character assassination. Robert Mueller was undoubtedly aware that he would eventually find himself in their crosshairs and, if anything, is probably surprised it took so long. It looks as though his time in the barrel has arrived and he's about to find out if that old GOP black magic still works.