Say it to my face: Elizabeth Warren tells Ben Carson he should be fired 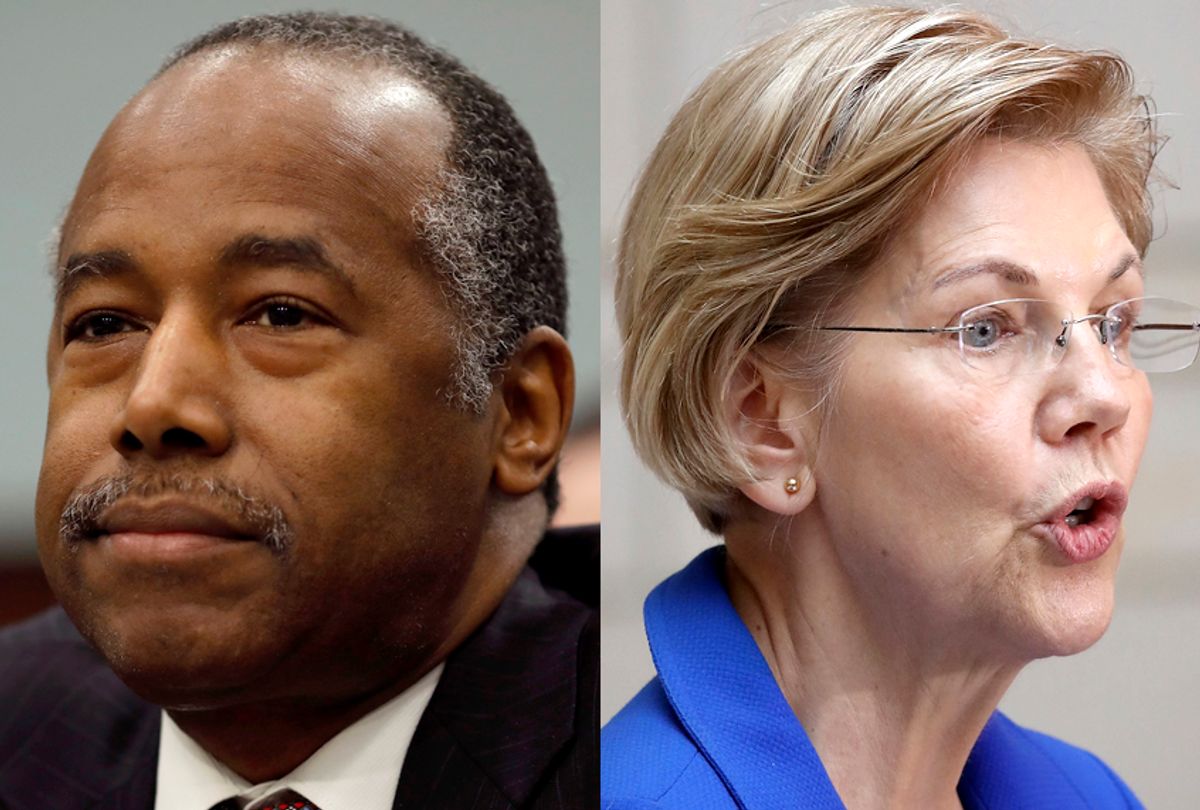 Sen. Elizabeth Warren blasted Housing and Urban Development Secretary Ben Carson on Thursday, attacking the former neurosurgeon for failing to do his job.

Carson appeared before the Senate Banking, Housing and Urban Affairs Committee to discuss his post as HUD chief and his goals for the department.

Warren, a Democratic senator from Massachusetts, made mention of the controversy currently surrounding Carson's office — that it spent $31,000 of taxpayer dollars on new furniture for his office — but she was quick to condemn Carson for failing to further HUD's mission of ensuring equal access to housing. Earlier this month, the agency said it was considering removing the words "inclusive" and "free from discrimination" from its mission statement, in a memo sent to political staff obtained by HuffPost.

"Mr. Secretary, a lot of people are criticizing you for spending tens of thousands of dollars of taxpayer money on fancy furniture, and, don't get me wrong, I think scamming the taxpayers is a scandal," Warren said after a fervent line of questioning. "But the biggest scandal of your tenure is your unwillingness to do your job and enforce the laws that reduce housing discrimination and segregation across the country."

Warren continued and described how housing discrimination has exacerbated the wealth gap between white and black families in America.

"We have gone backwards since the Civil Rights era," she said. "It is HUD's job to help end housing discrimination. That's what the law said. You said you would enforce these laws. You haven't, and I think that's the scandal that should get you fired."

Carson contested Warren's impression of his time in office, saying she mischaracterized his work but that she was welcome to say whatever she wanted.

"I really resent that remark," Warren snapped back, before firing at Carson once again.

Last year, Warren came under scrutiny for supporting Carson's nomination to be HUD secretary. She said that he was not the nominee she wanted but that he "made good, detailed promises" in response to questions on various housing policy issues. But after increased backlash, Warren flipped her stance and opposed Carson's final confirmation when it was put before the full Senate.