Trump voters are selfish: They love him because they identify with him

New psychological research: Trump's voters were not confused or deluded. They knew what they wanted, and got it 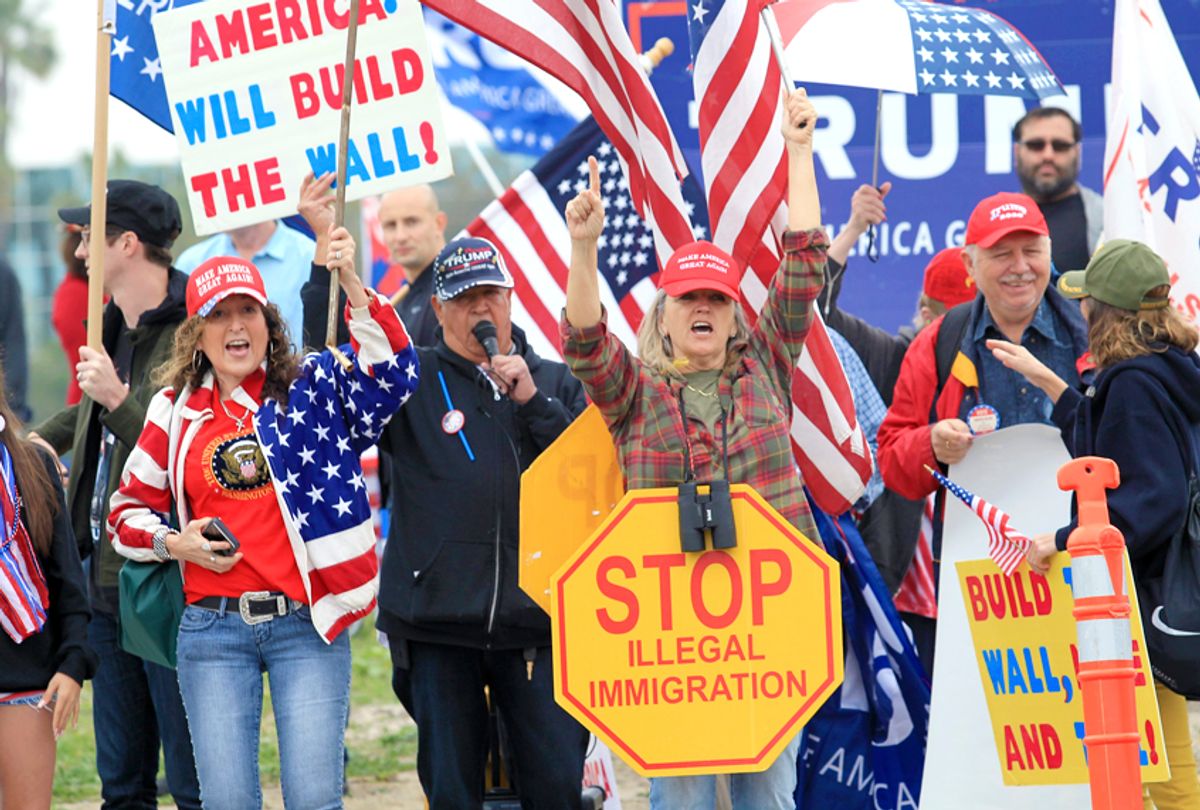 The political corpse that is and was the 2016 presidential election continues to reveal its secrets. The newest revelation? Donald Trump's public supported an incompetent, ignorant bigot and possible traitor largely out of greed and selfish impulses.

In his new article, "Personal values and support for Donald Trump during the 2016 US presidential primary," published in the journal Personality and Individual Differences, psychologist Ryne Sherman explains "a prototypical Trump supporter" as someone with "little interest in supporting social welfare programs," "a strong desire for power," "a strong desire to make money," various "concerns about personal and financial safety" and a "preference for strictly adhering to social conventions (i.e., order, structure, and following the chain of command)."

Sherman concludes that "values perceived to be shared with Donald Trump" were "a key driver of support" during the 2016 primaries. "This was true of both Republicans and Democrats, regardless of political ideology. Those who felt more similar to Trump in terms of his values were more likely to support him.”

These findings undermine any claim that Trump is somehow not a "real" Republican and thus not representative of what conservatives really believe or think:

These findings complement what is already known about Donald Trump's voters, a group comprising tens of millions of white Americans who have joined what is effectively a political death cult, and apparently will not abandon their Great Leader under any circumstances.

As we continue to try to make sense of the 2016 presidential election and its aftermath, it is important to keep in mind several other factors.

Trump's voters are not nihilists. They know what they want, and believe that Donald Trump and the Republican Party are fulfilling their desires.

Trump's voters are conservatives on political steroids. They are the leading edge of a Republican Party and broader conservative movement that since the late 1960s has become increasingly extreme, reactionary, racist and hostile to democracy.

There is nothing "normal" about Trump's political movement or his voters. This moment is a perilous outlier in modern American history. The country's democracy and future are in peril.

In total, Trump's voters are in a political, symbolic and emotionally transactional relationship with him and the Republican Party. Ultimately, Trump is likely to be re-elected in 2020 if his supporters are understood to be "innocents" who were somehow tricked into supporting him.

Donald Trump has agency. His voters have agency. Together they have chosen a path that may bring lasting ruin to American society.