Stephen Hawking is revered for his "M-theory" to explain the universe, but most people don't even know what it is 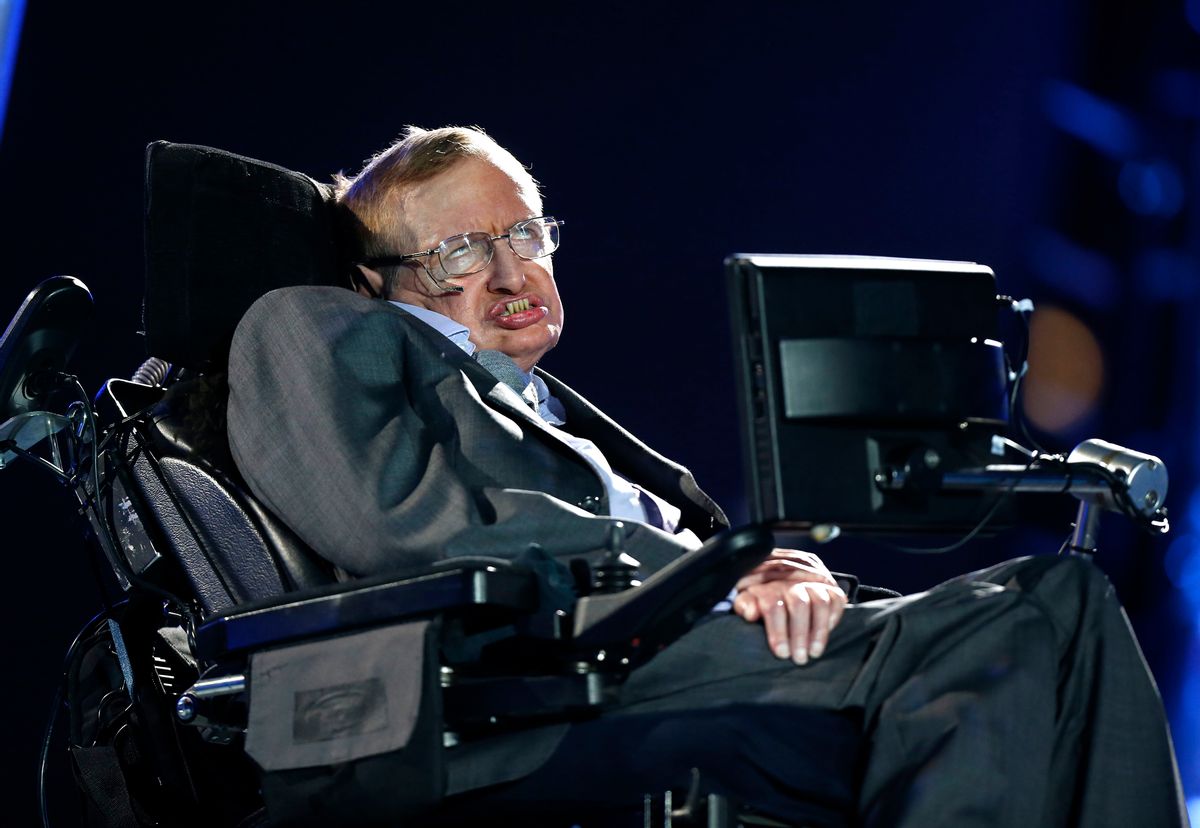 Rumour has it that Albert Einstein spent his last few hours on Earth scribbling something on a piece of paper in a last attempt to formulate a theory of everything. Some 60 years later, another legendary figure in theoretical physics, Stephen Hawking, may have passed away with similar thoughts. We know Hawking thought something called “M-theory” is our best bet for a complete theory of the universe. But what is it?

Since the formulation of Einstein’s theory of general relativity in 1915, every theoretical physicist has been dreaming of reconciling our understanding of the infinitely small world of atoms and particles with that of the infinitely large scale of the cosmos. While the latter is effectively described by Einstein’s equations, the former is predicted with extraordinary accuracy by the so-called Standard Model of fundamental interactions.

Our current understanding is that the interaction between physical objects is described by four fundamental forces. Two of them — gravity and electromagnetism — are relevant for us on a macroscopic level, we deal with them in our everyday life. The other two, dubbed strong and weak interactions, act on a very small scale and become relevant only when dealing with subatomic processes.

The standard model of fundamental interactions provides a unified framework for three of these forces, but gravity cannot be consistently included in this picture. Despite its accurate description of large scale phenomena such as a planet’s orbit or galaxy dynamics, general relativity breaks down at very short distances. According to the standard model, all forces are mediated by specific particles. For gravity, a particle called the graviton does the job. But when trying to calculate how these gravitons interact, nonsensical infinities appear.

A consistent theory of gravity should be valid at any scale and should take into account the quantum nature of fundamental particles. This would accommodate gravity in a unified framework with the other three fundamental interactions, thus providing the celebrated theory of everything. Of course, since Einstein’s death in 1955, a lot of progress has been made and nowadays our best candidate goes under the name of M-theory.

To understand the basic idea of M-theory, one has to go back to the 1970s when scientists realised that, rather than describing the universe based on point like particles, you could describe it in terms of tiny oscillating strings (tubes of energy). This new way of thinking about the fundamental constituents of nature turned out to solve many theoretical problems. Above all, a particular oscillation of the string could be interpreted as a graviton. And unlike the standard theory of gravity, string theory can describe its interactions mathematically without getting strange infinities. Thus, gravity was finally included in a unified framework.

After this exciting discovery, theoretical physicists devoted a lot of effort to understanding the consequences of this seminal idea. However, as often happens with scientific research, the history of string theory is characterised by ups and downs. At first, people were puzzled because it predicted the existence of a particle which travels faster than the speed of light, dubbed a “tachyon”. This prediction was in contrast with all the experimental observations and cast serious doubt on string theory.

Nevertheless, this issue was solved in the early 1980s by the introduction of something called “supersymmetry” in string theory. This predicts that every particle has a superpartner and, by an extraordinary coincidence, the same condition actually eliminates the tachyon. This first success is commonly known as “the first string revolution”.

Another striking feature is that string theory requires the existence of ten spacetime dimensions. Currently, we only know of four: depth, height, width and time. Although this might seem a major obstacle, several solutions have been proposed and nowadays it is considered as a notable feature, rather than a problem.

For example, we could somehow be forced to live in a four dimensional world without any access to the extra dimensions. Or the extra dimensions could be “compactified” on such a small scale we wouldn’t notice them. However, different compactifications would lead to different values of the physical constants and, therefore, different physics laws. A possible solution is that our universe is just one of many in an infinite “multiverse”, governed by different physics laws.

This may seem odd, but a lot of theoretical physicists are coming around to this idea. If you are not convinced you may try to read the novel Flatland: a romance of many dimensions by Edwin Abbott, in which the characters are forced to live in two space dimensions and are unable to realise there is a third one.

But there was one remaining pressing issue that was bothering string theorists at the time. A thorough classification showed the existence of five different consistent string theories, and it was unclear why nature would pick one out of five.

This is when M-theory entered the game. During the second string revolution, in 1995, physicists proposed that the five consistent string theories are actually only different faces of a unique theory which lives in eleven spacetime dimensions and is known as M-theory. It includes each of the string theories in different physical contexts, but is still valid for all of them. This extremely fascinating picture has led most theoretical physicists to believe in M-theory as the theory of everything — it is also more mathematically consistent than other candidate theories.

Nevertheless, so far M-theory has struggled in producing predictions that can be tested by experiments. Supersymmetry is currently being tested at the Large Hadron Collider. If scientists do find evidence of superpartners, that would ultimately strengthen M-theory. But it still remains a challenge for current theoretical physicists to produce testable predictions and for experimental physicists to set up experiments to test them.

Most great physicists and cosmologists are driven by a passion to find that beautiful, simple description of the world that can explain everything. And although we are not quite there yet, we wouldn’t have a chance without the sharp, creative minds of people like Hawking.