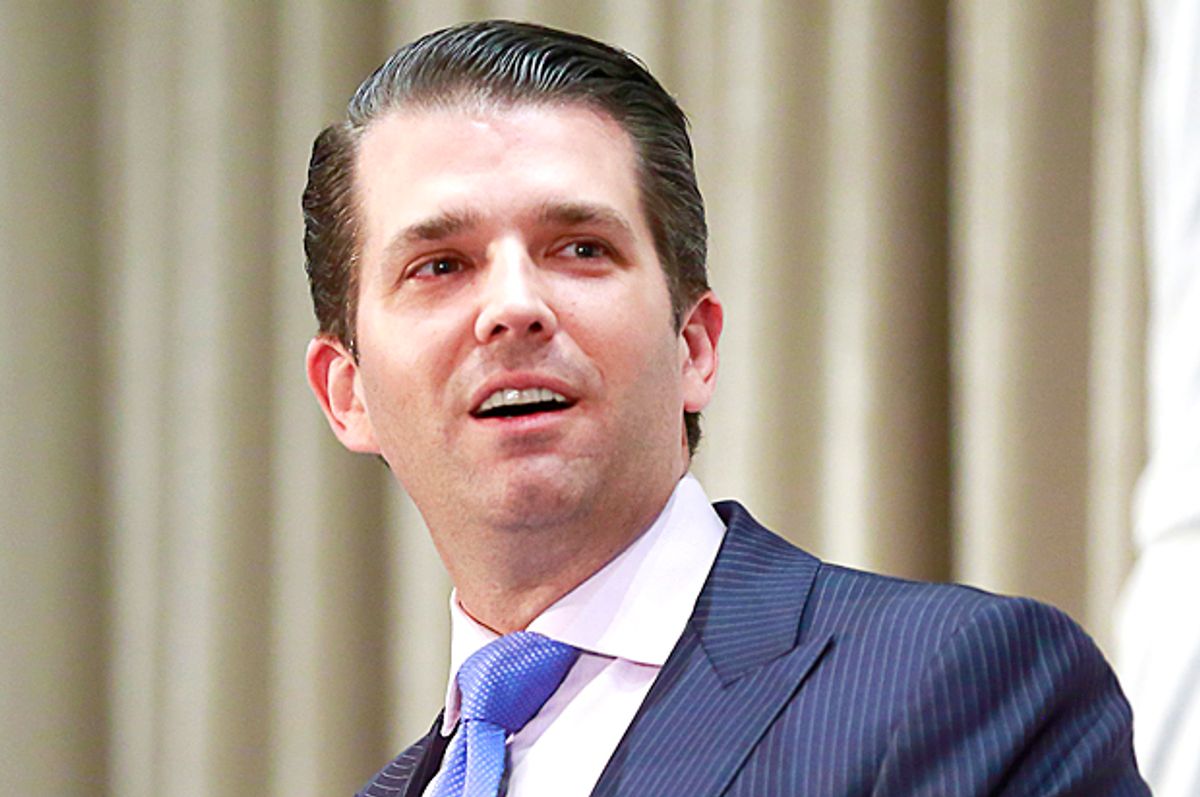 It wasn’t Trump Jr.’s first trip to India. “I’ve been coming to India for over a decade,” he said during his visit last month. “There’s an entrepreneurial spirit here … it needs no further explanation.”

This week on “Trump, Inc.,” we’re looking at the Trumps’ yearslong work in India, where corruption in the real estate industry is endemic.

We worked with Investigative Fund reporter Anjali Kamat, whose reporting on the Trumps’ business in India appears in the new issue of The New Republic.

As with many of the company’s deals abroad, the Trump Organization’s India projects are all licensing deals. Trump Jr. has been closely involved in much of the work.

The Trumps’ first India project, in Mumbai, was halted in early 2012 after investigators found significant “irregularities.” The investigators had been tipped off by a state lawmaker who suspected a $100 million fraud scheme and warned of “gross violations” in the project’s plans. Authorities revoked the building’s permits.

A few months later, in April 2012, Trump Jr. traveled to Mumbai and, along with partners, met with a top official there to try to get the project restarted.

Chief Minister Prithviraj Chavan, the equivalent of a U.S. governor, had been told Trump Jr. wanted to discuss investing in the state. But instead, Chavan recalled, Trump Jr. and his partners asked Chavan to overturn the decision to revoke the permits.

Chavan declined. “I would get into trouble to sanction something that was blatantly illegal,” he told us. The plans were “not within the existing rules.” (Chavan has also described the encounter to The New York Times and Washington Post.)

The Trumps were back in India in 2014, after a new government came into power, Narendra Modi’s BJP. The Trump Tower Mumbai — a gold-hued skyscraper that the Trump Organization bills as “unlike anything you have ever seen”— is now slated to finished next year. It is one of five Trump-affiliated projects currently under development in India.

The Trump Organization said the projects are doing well. One Trump partner said they booked $15 million in sales on just one day during Trump Jr.’s visit. It was the last day buyers would qualify for an offer by the Trump Organization’s partners to dine with the president’s son.

Only a handful of names of buyers in the Trump projects have been disclosed.

The Trump Organization, the White House and the developers for the project did not respond to our requests for comment.

Eric Umansky is a contributing editor to Mother Jones.