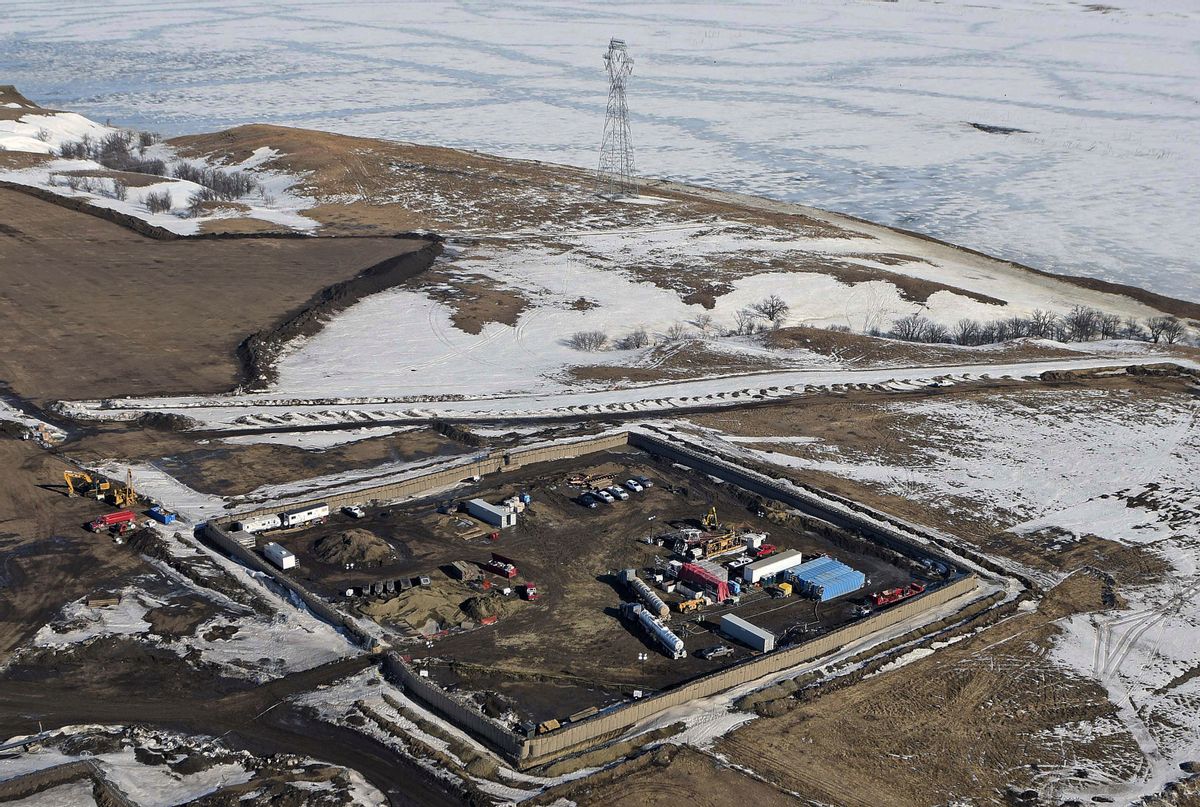 Big Oil and the cities suing them in federal court agreed on at least one thing on Wednesday: Human-made climate change is real.

In the country’s first court hearing on the science behind climate change, a lawyer for Chevron, Theodore Boutrous Jr., said the oil company accepts the scientific consensus. He quoted chapter and verse from the reports of the Intergovernmental Panel on Climate Change, the thousands of scientists assembled by the United Nations to figure out exactly what’s going on. “From Chevron’s perspective, there is no debate about the science of climate change,” Boutrous said.

Oil companies have recently started saying they’re on the side of science, but they’ve never said it so clearly in court.

San Francisco and Oakland are suing BP, Chevron, ConocoPhillips, ExxonMobil, and Shell, arguing that the corporations that profit from fossil fuels should pay for the seawalls and pumps needed to protect them from rising tides. But Boutrous, the only oil company lawyer to speak at the hearing, didn’t accept blame, pointing the finger instead at the people who burned the fossil fuels. In other words, oil doesn’t cause climate change. People burning oil cause climate change.

For five hours, the two sides tried to explain climate science, after U.S. District Court Judge William Alsup had asked for a tutorial. A gaggle of 100-some attorneys, climate advocates, and journalists packed the mid-century-modern courtroom. Alsup strode into the room dressed for science, wearing a smart-looking pair of browline glasses and a tie decorated with images of the solar system.

In the run up to this hearing, journalists compared it to the Scopes monkey trial in 1925, which found a teacher guilty of telling students about evolution, but Alsup shot down such comparisons. “We have these tutorials so the poor judge can learn some science — it helps to have science,” he said in a soft southern accent.

The big question going into the hearing: Would the oil companies try to cast doubt on the evidence that their business model is heating the earth? Climate skeptics have been trying to make their voices heard by sending in friend-of-the-court briefs with their own spin on the evidence, but Boutrous stuck to the scientific consensus unveiling a deft bit of legal jiu jitsu that could form the core of the oil company argument as the case moves forward. Alsup would occasionally raise some climate-skeptic argument, and both sides would explain why it didn’t make sense.

Boutrous started by citing reports from the IPCC as an unimpeachable authority. These reports are an “amazing resource” he said, before quoting them at length. Boutrous explained that the IPCC has found with increasing certainty over the years that humans’ fossil fuel use is the primary driver of climate change — but that’s not the only point Boutrous wanted Alsup to absorb. He twice read a quote from the IPCC that climate change is caused “largely by economic and population growth.”

Then, Boutrous added his interpretation. “It doesn’t say that it’s the production and extraction that’s driving the increase,” he said. “It’s the way people are living their lives.”

This appears to be the core of the oil companies’ strategy. First, believe everything the IPCC says. Second, the IPCC says the real problem is prosperity, economic growth! Therefore, blame the ones burning the oil — all we did was dig the stuff up.

To hammer it home, Boutrous showed an IPCC graph of emissions from the United States and China since 1970, with a scale that makes U.S. emissions look like a flat line.

“One thing that surprises me is that the U.S. has gone up, but not gone up much,” Alsup mused, leaning on folded hands. “But China has gone up dramatically.”

“Correct,” Boutrous responded. That’s because China’s population has grown, and its coal-burning economy has grown even more. The implication was clear: It is demand for energy driving carbon emissions, not the companies providing the fossil fuels.

While the oil companies just had one slick lawyer making a focused argument, the cities had three scientists scrolling through their very own PowerPoint presentations. The scientists hammered some simple points, aided by many graphs of temperature over time. They also skated quickly over some bewildering complexity.

Alsup didn’t let the tricky stuff fly over his head — he jumped in to make the presenters explain. At one point, he questioned Oxford scientist Myles Allen on the graph he was using: “Explain that graph there? I still don’t get it,” Alsup said.

Allen’s explanation only muddied the waters further. “I just don’t think your chart demonstrates what you’re telling me,” Alsup said. After a moment, Allen realized he must have grabbed the wrong figure. “You’re absolutely right,” he said.

At another point the court waited on tenterhooks as a scientist tried to get an animation of sea-level rise to work. It didn’t.

To be sure, the plaintiffs had a bogglingly complex task. There are hundreds of thousands of studies on climate change, and Alsup had asked them to boil it all down into a two-hour presentation, which just isn’t the way science works. Science advances through accumulation of evidence backed by piles of data, but law advances through argument.

After the final expert, University of Illinois scientist Don Wuebbles, had plowed through 20 minutes of facts and figures, Alsup tried to pull him from his PowerPoint. “Just in the last 10 minutes: You heard what the other side said right? What critique would you make?” But Wuebbles declined to respond and returned to his PowerPoint presentation.

The showdown that wasn’t

Alsup appeared to want to see some of the classic climate-skeptic arguments fought out, face to face, in his courtroom. But nothing doing. Each side agreed, for instance, that greenhouse gases are more important than water vapor in warming the planet. If nothing else, that seems like a victory for climate hawks: When all the Big Oil companies are willing to say, clearly and unambiguously, that humans burning fossil fuels are warming the planet, it means that the terms of debate have shifted.

Boutrous represents only Chevron, but Alsup held the feet of the other companies to the fire, too.

“You can’t just get away with sitting there in silence then saying, ‘He’s not speaking for us,’” Alsup told to the attorneys for the other companies. “You have two weeks to tell me if he said something you disagree with.”

This court tutorial was the first of its kind for climate science, but it’s not entirely out of the ordinary. Judges are frequently called on to serve as arbiters of scientific uncertainty, so it only makes sense that they sometimes ask for primers from scientists to get themselves up to speed. “In this age of science, we must build legal foundations that are sound in science as well as in law,” wrote Supreme Court Justice Stephen Breyer. “Scientists have offered their help. We in the legal community should accept that offer.”

Even if this tutorial persuades Alsup, the cities could still lose. The oil companies seem poised to argue that those who bought petro-products are just as responsible as those who sold them. And they will almost certainly argue that those suffering the ravages of climate change should try to fix things by passing laws rather than suing businesses. That’s a position even the most liberal members of the Supreme Court have held in the past.