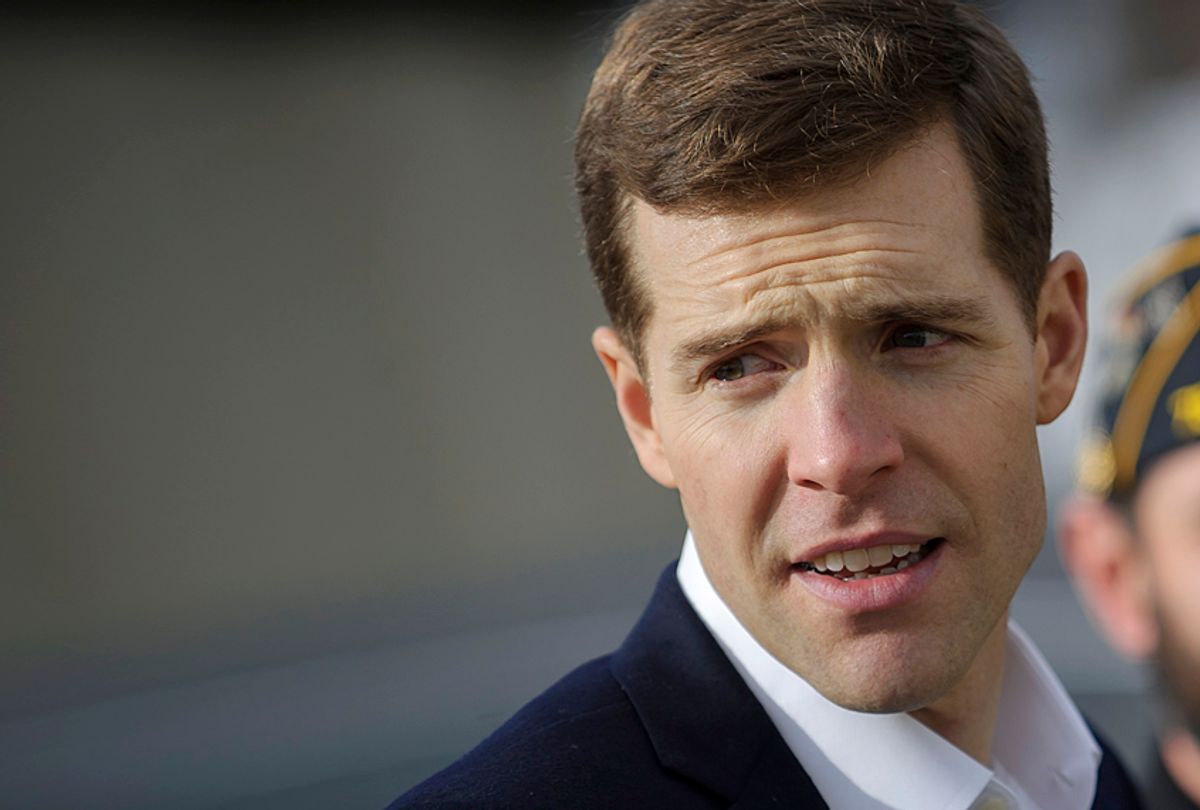 On Tuesday night, with Democratic candidate Conor Lamb nursing a narrow lead over Republican Rick Saccone in a special election for a deep-red congressional district that Donald Trump won by nearly 20 points in 2016, CNN political commentator Michael Smerconish noted that the fact that the race was even close should set off alarm bells for the Republican Party. “I think it’s hard to spin,” Smerconish commented. “I really don’t know what the argument will be on behalf of Republicans and the White House come tomorrow.”

Moments later, Jason Miller, a former Trump campaign aide who now provides pro-Trump spin as a CNN commentator, filled the gap, claiming that “one of the things that Trump supporters will point out is the fact that Saccone was down by five points” before Trump spoke at a rally in the district over the weekend, “and then afterwards, this thing is dead even.” “It's because of President Trump that he even got this close,” he added.

“Perhaps it's because of President Trump that he started as far behind as he was,” Smerconish replied. “No, Trump boosted him. That logic doesn't work,” Miller said. Smerconish was left shaking his head in apparent disbelief that a pundit could try to argue the apparent loss of a congressional seat that shouldn’t have been on the table was somehow a sign of the president’s strength.

As it became more clear that Lamb had won the race, pro-Trump commentators like Fox’s Steve Doocy and Sinclair Broadcast Group’s Boris Epshteyn similarly argued that Trump had been a net benefit to Saccone. That became the official position of the GOP, with Republican National Committee spokesperson Kayleigh McEnany arguing on Fox that Trump was the “closer” in the race.

Conservative pundits and Republican politicians got on the same page in saying that Lamb, in the words of Doocy, “ran as a Republican and won,” an obviously tendentious argument that ignores both a host of progressive positions the Democrat staked out over the course of the campaign and the prior GOP messaging that Lamb was a liberal in the mold of Democratic leader Nancy Pelosi (D-CA).

This is a case study in what center-left commentators have termed the “hack gap.” Conservative elites are willing to adopt shamelessly false positions for political gain, while liberal elites are largely bound by objective reality and thus are willing to publicly acknowledge when, say, former President Barack Obama performs poorly during a debate. The resulting asymmetry skews the debate in ways that tend to favor conservatives. This disparity occurs in everything from baldly partisan punditry to the Republican Party’s extreme policy stands.

In the case of the Pennsylvania primary, press coverage that might otherwise be devoted to the catastrophic results for Republicans instead revolves in part on whether the conservative response is accurate. Some journalists point out the flaws in the right-wing argument, while others, like MSNBC’s Brian Williams, who claimed last night that Lamb “was a Democrat really in title only,” get spun. But either way, as a result of introducing nonsense into the discussion, conservatives are on a better footing than they would be otherwise.

The hack gap has been more obvious since Trump’s rise to the top of the Republican Party: The president’s constant stream of lies and fabrications and his racist, authoritarian, cruel, and bizarre behavior require sycophantic pundits and White House spokespeople alike to go to new lengths to excuse his every move. When Jeffrey Lord is using a CNN platform to call Trump the “Martin Luther King of health care” or describe former FBI Director James Comey as a “nut job,” it’s easy to see that something is deeply wrong.

But the phenomenon is not new. Indeed, for decades, modern conservative policy orthodoxy has been built on a series of disproven contentions — like the validity of supply-side economics and the illegitimacy of climate change —that are broadly rejected by center-right parties in the rest of the developed world. And thus we see, for example, the same pundit arguing in the early 1990s that President Bill Clinton’s tax increases would hurt the economy, then alternately crediting Ronald Reagan for the resulting strong economy and blaming Clinton when it stalled, demanding more tax cuts in the early 2000s, and spending 2007 and 2008 arguing that there was no housing bubble and claiming talk of a recession was fanciful. Because conservative pundits are punished only for apostasy, this series of inaccurate predictions did little damage to his stature.