The sexist, racist implications of the "Walk up, not out" movement 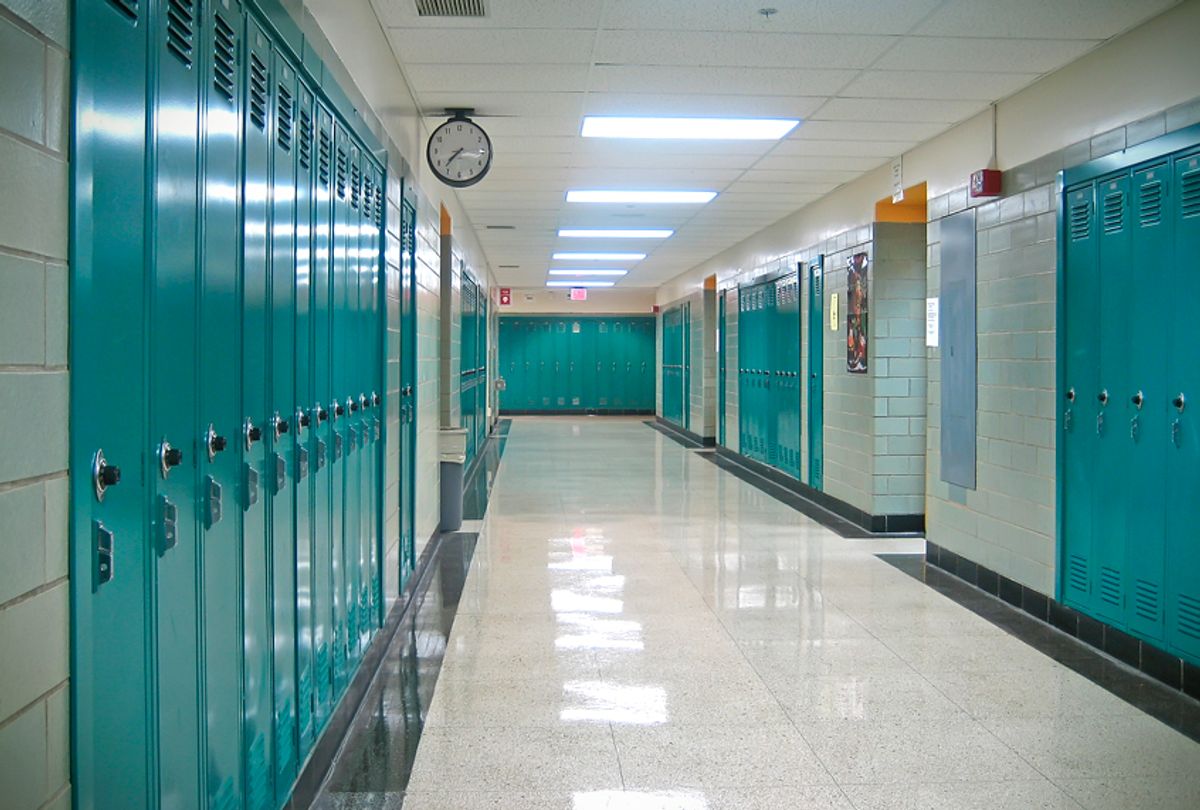 Last Wednesday, students across the country participated in a national walkout in support of gun control reform in the wake of last month’s shooting at a Parkland, Florida, high school. Young people walked out of their classrooms and into the streets to engage in courageous political expression, in sharp contrast with adults in Congress who have yet to take action. But other protests in the wake of the Parkland shooting have been as impactful, and certainly not as logical.

The student walkout itself has drawn protest from those who disagree that gun control is the solution. The "Walk Up, Not Out” movement is led by parents who believe more “kindness” among students, rather than gun control legislation, will end gun violence. Those at the helm of Walk Up have shared ideas such as increased school security measures that would effectively transform schools into prisons and could have negative consequences for students of color. They have also expressed support for mental health resources while ignoring how scapegoating the mentally ill fails to address the real problem. The real problem is guns and insufficient regulation of gun owners who have access to weapons that kill hundreds in minutes (the mentally ill are far more likely to be victims than perpetrators of gun violence).

Walk Up’s ultimate premise is that the responsibility for ending school violence should be placed on the shoulders of young people who are in school to learn, while demanding nothing of the policymakers who are actually in positions to make change. The movement seems to place the blame for shootings on those who are purportedly complicit in the bullying and marginalizing of students who go on to become mass shooters.

“The myth that school shooters are outcasts fighting back against bullies dates back to Columbine. At the time it was widely reported that Harris and Klebold were social rejects, and much was made of the meanness of popular kids. But the FBI concluded that . . . kids didn't like the boys because they did creepy things like walking around giving the Nazi salute. ‘Walk Up, Not Out’ is a campaign of cowardice, promoted by adults who want there to be a solution to school shootings that asks literally nothing of us. No tough choices, no exercise of political will, no speaking out to power — just lecturing kids on how to do better.”

Walk Up is emblematic of a number of potent, dangerous social biases, especially with regard to gun violence’s disproportionate effects on women, and double standards in societal perceptions of people of color. It exhibits a gaping racial blindspot; Americans have sympathy and concern for bullying in the wake of a massacre committed by a white male shooter, while hate crimes against young black and brown people in recent years have triggered no such response. Walk Up's leaders haven't said a word about trans students, whose right to safely use the bathroom and report abuse is increasingly being challenged by the federal and state governments.

Wald also addressed this in her post: “This argument only applies to crimes overwhelmingly committed by white boys. Their crimes are tragic betrayals of an underlying innocence that is never attributed to black boys selling drugs on the corner.”

In 2015, a 14-year-old Muslim boy was handcuffed and taken into custody for building a clock. In 2014, 12-year-old Tamir Rice was shot and killed by police for brandishing a toy gun in a playground. In 2013, 17-year-old Trayvon Martin was shot by a vigilante for walking on the streets at night wearing a hoodie. We have no problem with accepting black and brown people as dangerous, but we pull out all the stops to humanize mass shooters hailing from white communities. Women are disproportionately affected by gun violence, yet they are pressured to proactively stop the hypermasculine violence that targets them. Walk Up’s message of telling young people to just “be nicer” to one another ignores the implications this language has for young women and the pressure it places on them.

A number of statistics exemplify the connection between gun violence directed at women or initiated by people with records of abusing women. Every year, hundreds of women are killed for rejecting men; more than 1,600 women are killed by men every year. Annually, an average of 760 Americans are killed with guns by spouses, ex-spouses or intimate partners, and the majority of these cases involve guns and collateral damage that claims the lives of other victims. Domestic violence victims are five times more likely to be killed when their abusers have access to a gun.

Among women who are targeted by violence, indigenous women suffer at higher rates than any other demographic, while homicide rates against trans and lesbian women, particularly those of color, have steadily risen in recent years, according to the Human Rights Campaign.

A plurality of mass shooters, from those responsible for last year’s Sutherland Springs shooting that killed 26, to the 2015 shooting at a Planned Parenthood in Colorado that killed three, have disturbing records of violence against women and children prior to their attacks. The 19-year-old perpetrator of the Parkland shooting was said to have abused his ex-girlfriend. The 2014 mass shooting at sorority houses near UC Santa Barbara was committed by a man who identified as a social outcast and sought to exact universal revenge on women for rejecting him, yet those who knew him said he seldom made any effort to approach women.

No one should be forced to perform sexual favors, go on dates or give their time and attention to any man who asks for it, nor should anyone live their lives in fear of offending the wrong person so that we as a society can avoid mass tragedies. Common sense says law enforcement and policymakers have an obligation to ensure that women and other marginalized groups aren’t backed into corners because of their representatives’ failures.

The Walk Up, Not Out movement’s victim-blaming implications are sexist. Violent men don’t stop being violent when they get the positive attention they desire from women, and no woman has any obligation to bestow that positive attention. If the #MeToo movement raising awareness about sexual exploitation and harassment has taught us anything, it’s the prevalence of male entitlement to women’s bodies. If we tell students to be nicer to gun-loving, Nazi-saluting kids instead of reporting them, we could just as easily tell girls and women never to say no to men.

Until we deal with the root of the problem head-on — guns and our lack of common-sense gun laws — we will continue to buy into a brand of victim-blaming that reinforces racial bias and disproportionately targets young women.