A bad interest rate can make your new car a lot more costly. 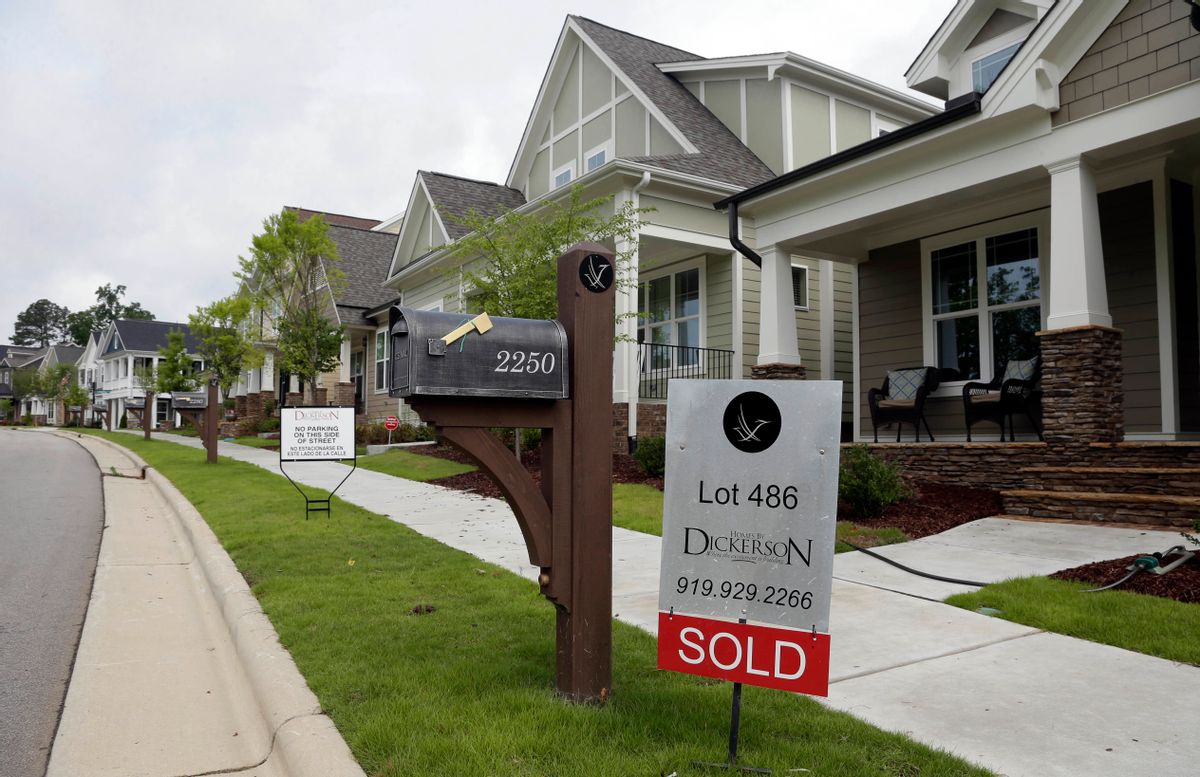 The Federal Reserve makes headlines from New York to Hong Kong anytime it lifts its benchmark interest rate. Rightfully so, as any increase tends to drive up borrowing costs on everything from credit cards to auto loans and mortgages.

There’s a more important factor that determines how much you’ll pay when you borrow money to buy a car or home, and it’s entirely in your hands: it’s the lender you choose. That’s because how much a lender might charge you for a loan can vary dramatically from one to the next. That’s why it pays to shop around.

My research on auto loans shows that most consumers don’t do that, which can cost them hundreds or even thousands of dollars over the life of a loan or lead them to purchase a lower-quality car than initially planned. Fortunately, it’s pretty easy to avoid that.

Most of us shop until we drop for price bargains on clothes, computers or virtually anything else. With the internet, finding the best deal among products and companies is easier than ever.

A recent survey found that 92 percent of consumers are always looking for the best deal when they’re out shopping, while 80 percent said they’re willing to go out of their way to find a bargain.

So you’d think this logic would carry over to the bigger purchases in life. For most Americans, automobiles are the largest- or second-largest household asset they own. And most cars are purchased with the help of an auto loan.

And yet, while people often work hard to find the best possible deal on the price of a car, surprisingly most fail to shop around at all for interest rate bargains. Research shows this behavior isn’t limited to just auto loans — most people don’t shop around when taking out a mortgage or a personal loan.

And that’s even though financing costs for a typical loan can make up a significant proportion of the total cost of buying a car. For example, let’s assume you’re buying a US$25,000 car and financing the entire purchase. A $25,000 loan at a 4 percent rate would cost you $2,600 in interest over its life, adding more than 10 percent to the true price of the car.

What makes a rate

Let me explain how a lender arrives at a particular interest rate.

The lender usually starts with a benchmark rate, such as the prime rate or even a U.S. Treasury bond, both of which tend to move up and down along with the Fed’s target rate.

Other variables that go into the rate you ultimately pay include borrower-specific risks like credit scores or your debt-to-income ratio and the lender’s markup, which can be influenced by a variety of factors. For secured loans, such as mortgages and auto loans, the size of the down payment and the value of the asset will make a difference.

Not all lenders will price the same loan, for the same borrower, the same way. In fact, a bit more than half of all borrowers overpay on their car loans.

That’s the surprising conclusion of a recent study I conducted with Brigham Young finance professors Bronson Argyle and Taylor Nadauld. We arrived at our findings, after reviewing data provided by software-services firm Visible Equity on more than 2 million auto loans extended by 326 different financial institutions.

The data allowed us to compare interest rates on car loans that originated in the same metropolitan area and time period for similar amounts on similarly priced cars and to borrowers with similar credit attributes.

We found that almost 1 in 5 consumers take out a loan more than 2 percentage points higher than the best rate available to people with similar credit scores.

For example, Mark from Nashville with a credit score of 711 agreed to pay a rate of 5.85 percent to buy a used 2012 Toyota Camry for $18,033 — which was the average loan size in our study. A different bank in the area, however, offered Jamie a rate of 4.2 percent for roughly the same loan, even though she had the same credit. In other words, Mark will end up overpaying by about $1,000 over the life of the loan, or about $17 every month.

Contrast that with the likely consequence of the Fed raising rates by a quarter point this month, which would have much less impact on your cost to get a loan. If an auto loan were to go up by 0.25 percentage point, monthly payments on that typical car loan would rise by just $2 a month, or $120 over five years.

Further, we found that many car buyers who end up overpaying cope by buying older, cheaper cars rather than shop around for a better interest rate. Had the borrower shopped around for a better rate, he could have spent most of that $1,000 in extra financing on a higher-quality car.

The same lessons apply to other loans too. A government survey found that failing to shop around for the best mortgage rate could easily cost you $3,500 over just the first five years of the loan and thousands more over the typical mortgage.

Why people don’t shop for loans

What accounts for this apparently lackadaisical attitude toward interest rate shopping?

Applying for credit often involves paperwork, which can be tedious or stressful. It could require a trip to a separate lender’s office when buying a car is time consuming enough. Borrowers may not even know that there are better deals to be had.

In fact, we found that a consumer needs only to shop around for three offers to get something pretty close to the best available rate.

Other faulty assumptions may be at play, too, including the notion that you have to finance your car through the dealer (you don’t), that your own bank will give you the best deal (often not, according to our data), that the dealer’s rate will be best (not always), or that your credit score will be affected if you apply multiple places (it won’t).

Part of the problem also seems to be that consumers often don’t appreciate the power of compound interest and the extent to which small differences in monthly payments add up.

Admittedly, it’s not as exciting to shop for a loan as it is to test-drive a car, but most of these factors can be overcome or shouldn’t be a concern in the first place. While it does take a little more work to seek out other financing options, modern tools make it easier than you might think. Much of the same financial paperwork can be used at multiple lenders, and websites like Bankrate, Credit Karma and NerdWallet allow you to compare multiple interest rate offers.

The bottom line: Car buyers are literally paying more for less by not doing their due diligence to find the best financing deals. When it comes to credit, it pays to shop around.