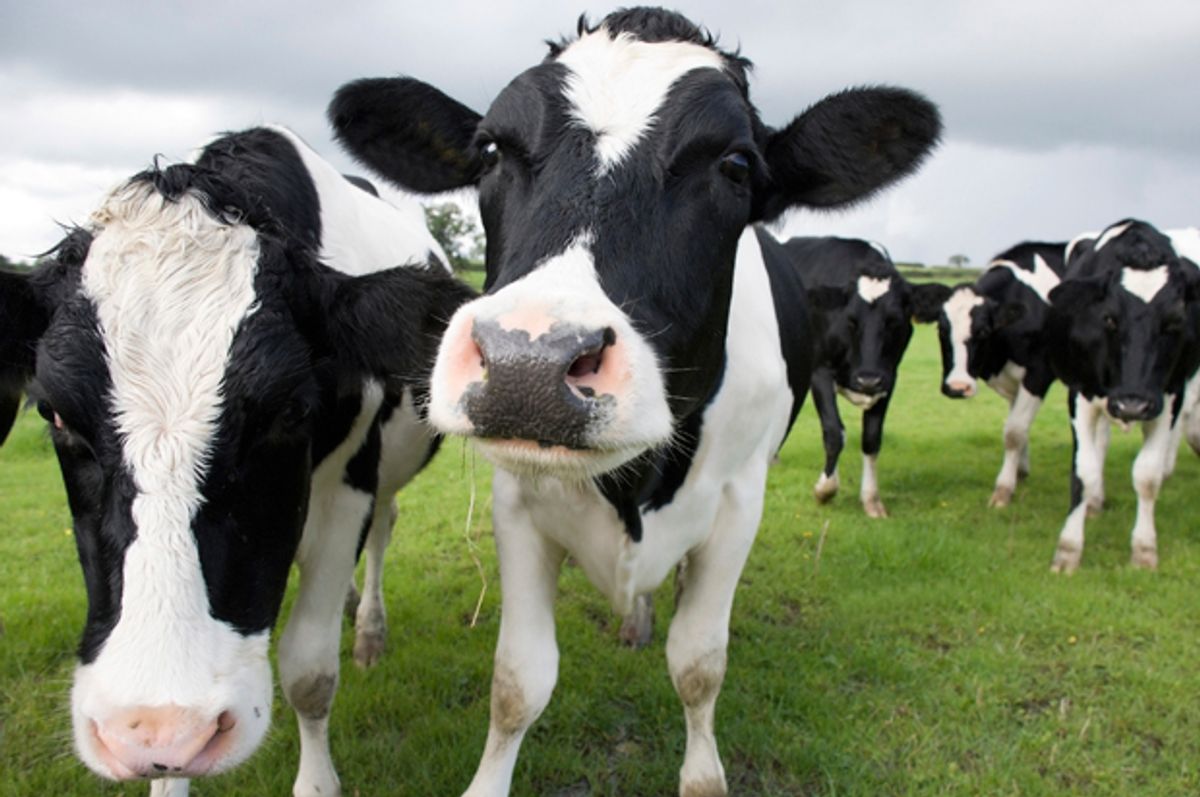 In a recent press release on its website, Greenpeace called for a reduction in meat, dairy, and egg consumption. A new report by the organization states that "global meat and dairy production and consumption must be cut in half by 2050 to avoid dangerous climate change." The report also confirms what many health professionals have said for years: Eating meat and dairy raises various health risks, including risk of cancer, heart disease, obesity, and diabetes. Indeed, calling for such a reduction is vital to the fight against global warming, as animal agriculture is the number-one driver of climate change.

Why are meat, dairy and eggs so harmful to the environment? Every year we raise and kill at least 56 billion land animals for food worldwide. We feed enormous amounts of corn, soy, and wheat to each of them. Much of this animal feed is grown on deforested land whose precious rainforests and wildlife have been wiped out. These animals excrete untold amounts of feces, which pollute local waterways and accelerate climate change by emitting methane into the atmosphere. They must be transported to slaughter and their meat packaged and shipped. The process not only kills billions of animals and inflicts unspeakable cruelty but literally kills our planet.

The Environmental Protection Agency reports that the livestock sector is one of the largest sources of carbon dioxide pollution and the single largest source of methane and nitrous oxide. And according to the United Nations Food and Agriculture Organization, carbon dioxide emissions from raising farmed animals make up about 15 percent of global human-induced emissions.
Raising animals for food is also culpable for more than 90 percent of Amazon rainforest destruction and uses more than one-third of the earth’s landmass. More than 80,000 acres of tropical rainforest — and 135 animal, plant, and insect species — are lost to animal agriculture each day.

Animal agriculture also takes a devastating toll on wildlife through habitat loss and hunting. Because it uses such a massive amount of land, wild animals are pushed out of their natural environments or violently killed because they are viewed as a predatory threat to the meat and dairy industries.

The good news? By going vegan you not only help protect animals but cut your carbon footprint in half.

Climate change is real and animal agriculture is undoubtedly a leading contributor. If you’re serious about the environment, it’s time to take action. Don’t just say you care about the planet, prove it by leaving all animal products off your plate.