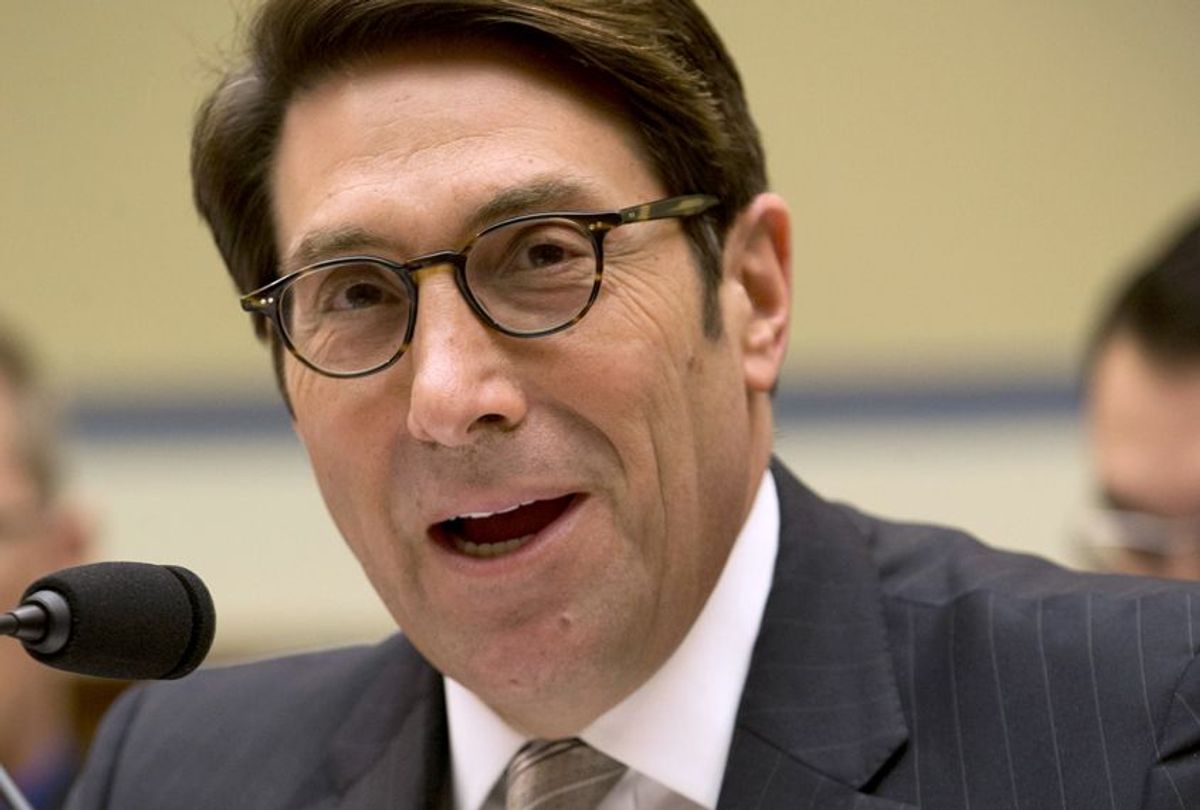 “The president is disappointed that conflicts prevent Joe diGenova and Victoria Toensing from joining the president’s special counsel legal team,” Sekulow, Trump’s personal lawyer, said in a Sunday morning public statement announcing that that two lawyers who were said to be joining the team would not be.

As in many other areas, Trump seems to have taken a liking to the husband and wife legal duo based on their television appearances in which they have vociferously defended the president during interviews. Presumably, both will continue to defend Trump in this fashion. Sekulow’s statement alluded to “other legal matters” in which they will be assisting the president.

In Sunday tweeted statements of his own, Trump said he was “very happy” with his legal team which was reduced in size after John Dowd, who had been helming the response to Mueller, resigned his position out of differences in strategy with the president.

“Many lawyers and top law firms want to represent me in the Russia case,” Trump wrote in during a tweeting session that began at 3:10 AM Eastern time. “Don’t believe the Fake News narrative that it is hard to find a lawyer who wants to take this on. Fame & fortune will NEVER be turned down by a lawyer, though some are conflicted.”

Despite Trump’s statement, he has been turned down by multiple private defense attorneys, primarily out of concern that the president will not follow their legal strategy. The New York Times reported Sunday that Trump has been rejected by Ted Olson, a high-profile Republican lawyer known for winning the 2000 Supreme Court dispute between George W. Bush and Al Gore. Trump has also been turned down by former federal prosecutor William A. Burck, who now represents several former White House aides.

With Dowd out, control over Trump’s strategy in dealing with Mueller has shifted to Sekulow, a longtime activist attorney who heads a group called the American Center for Law and Justice which has established a network of attorneys across the country dedicated to promoting causes such as prayer in school and legal exemptions for Christians.

As with diGenova and Toensing, Sekulow appears to have gotten his job in part by defending the president in televised debates. While Trump has repeatedly insisted that “there was no collusion” between his former campaign and Russian government agents to disseminate stolen emails taken from Democrats, Sekulow hinted at a backup legal strategy during a CNN interview last October in which he said that conversations with Russians were not necessarily criminal.

That is, in and of itself, a conversation that someone would have regarding a foreign government whether it was Great Britain, Russia, or anybody else, those are not illegal activities,” he said. “That’s not an inappropriate activity."

While Sekulow lacks governmental affairs experience, his extensive contacts should, at least theoretically, give him the ability to recruit additional attorneys with more relevant experience in plotting strategy. In February, Politico reported that Sekulow has enlisted the help of four attorneys who have worked with his ACLJ group.