In Pennsylvania, the March for our Lives had a steeltown flair 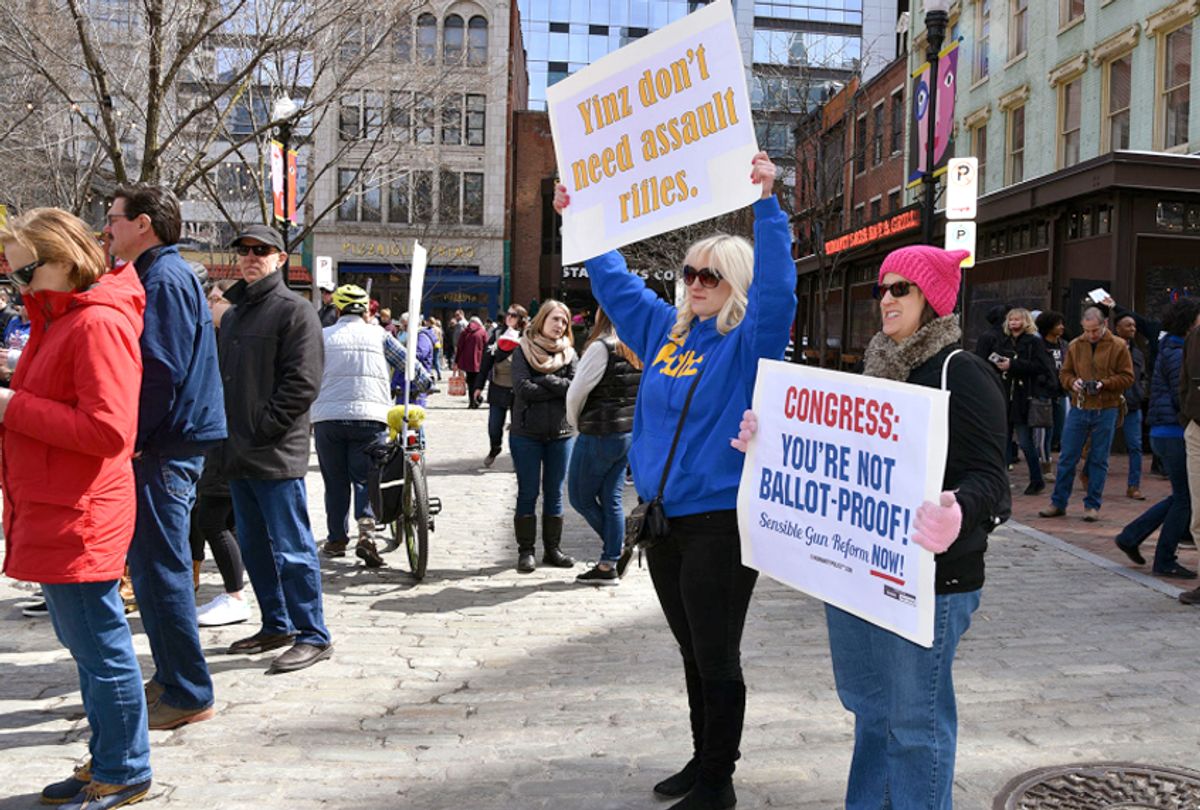 Signs at the Pittsburgh March for our Lives, March 24 (Ashley Murray)
--

Approximately 3,000 marchers in Pittsburgh, Pa., joined the worldwide March For Our Lives demonstrations on Saturday, March 24, as a protest against gun violence in schools and beyond. Pittsburgh’s march began at its City-County Building on Grant Street and crossed downtown to Market Square, where a rally commenced with speakers from local high schools and nonprofits, including CeaseFirePA.

A current bill in the Pennsylvania legislature, Senate Bill 383, would allow school employees to carry firearms on school campuses. Sen. Donald White, who represents portions of Southwestern Pennsylvania, re-introduced the bill this year. 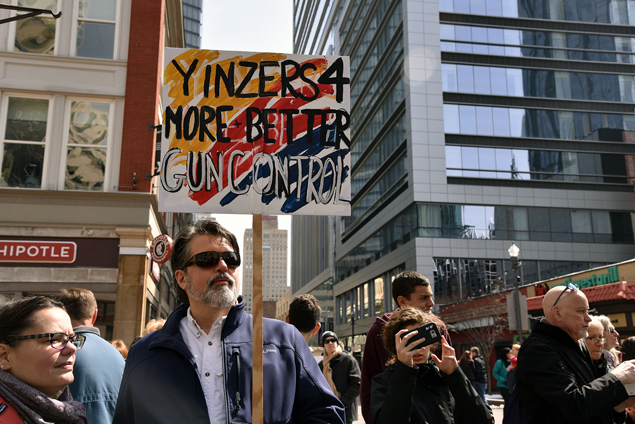 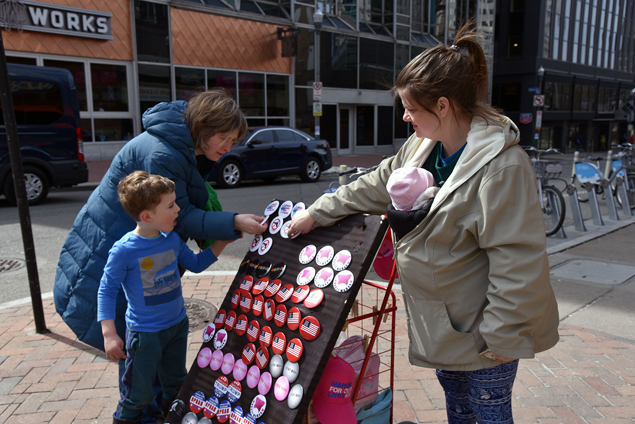 Erica Leonard, 38, of Jeannette, Pa., helps her son Lyle,4, choose a “no gun” button at the Pittsburgh “March For Our Lives” rally. Amanda Hargrave, 34, Youngstown, Ohio, employee of the novelty business CN Sales, sells the buttons as she holds her two-month-old baby. 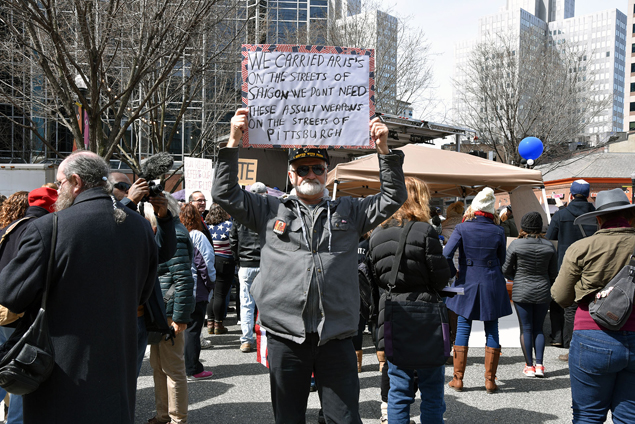 Pat, 67, from Burgettstown, Pa., served with the 101st airborne division in the U.S. war in Vietnam from 1968 to 1970.  The veteran, who would not provide his last name, said he was at the rally to “support the kids.” He said that assault rifles are weapons of war and do not “belong with regular people.” 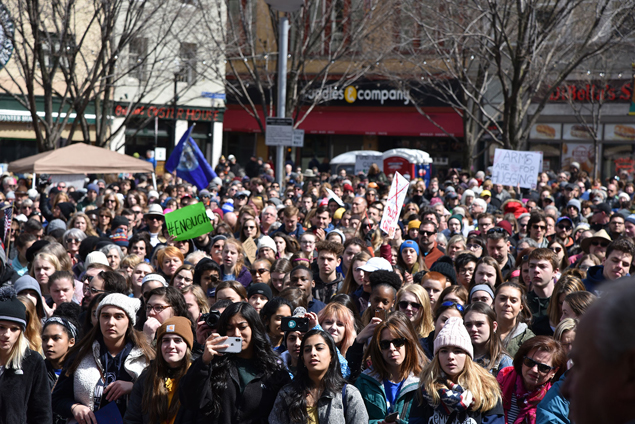 A crowd packs Market Square in downtown Pittsburgh, Pa., for one of the many “sibling” marches of the “March For Our Lives” in Washington, D.C., on March 24, 2018. 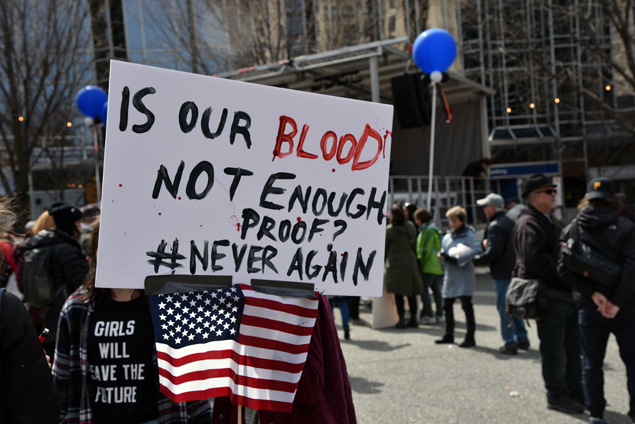 A sign at the “March For Our Lives” rally in Pittsburgh reads: “Is our blood not enough proof? #NeverAgain”