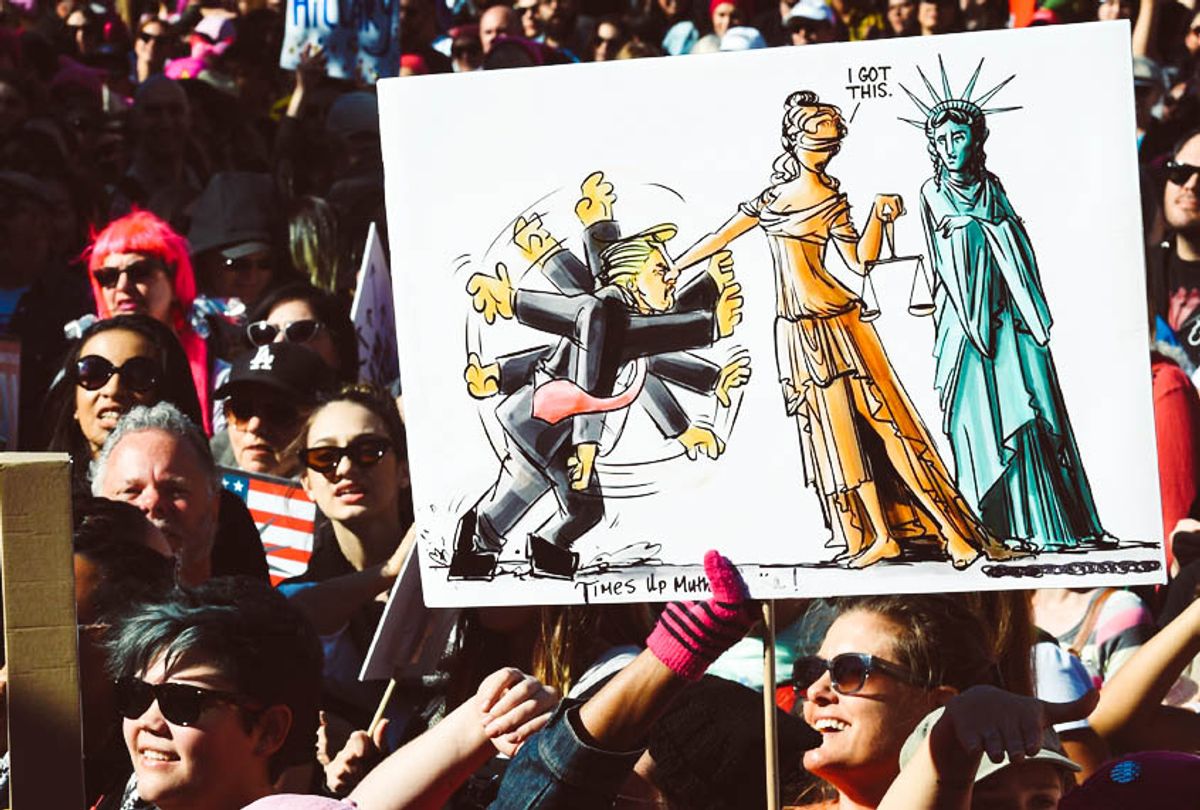 With 42 percent having said they approve of the way Trump has handled his job, his rating hit its highest point since his 100-day mark in office, according to a new CNN poll. His 7-point increase since February includes a 6-point climb from Republicans and independents.

But don't be fooled, because it should not exactly be taken as a win.

Of those polled, 54 percent said they disapproved of the way Trump has handled his job as president. That means that Trump's approval rating "remains below that of all of his modern-era predecessors at this stage in their first term after being elected, though Trump only trails Ronald Reagan and Barack Obama by a narrow 4 points at this point in their first terms," CNN reported.

The increase in approval is likely attributed to an economy that continues to grow, as well as the GOP tax plan the president signed at the end of December. The poll showed that 48 percent of Americans approve of Trump's handling of the economy, while only 45 percent disapprove. But the decision to implement tariffs didn't perform well, as 38 percent approved and 50 percent disapproved.

Americans also gave the president poor ratings in other areas. On his handling of guns, for example, 54 percent disapprove, while only 36 percent approve. His overall handling of foreign affairs drew a 39 percent approval rating, as 53 percent of Americans disapproved. In regard to Russia, 41 percent said Trump has handled it correctly, while 47 percent said he has been too soft.

In the past, Trump has slammed polls that have reflected poor ratings. Instead, he has often cited polling from Rasmussen, like he did earlier this month when he falsely claimed he was more popular than Obama at that point in time. Trump's approval rating has fluctuated in recent polls, and it's likely to persist as he is still faced with fallout from the ongoing Russia investigation.